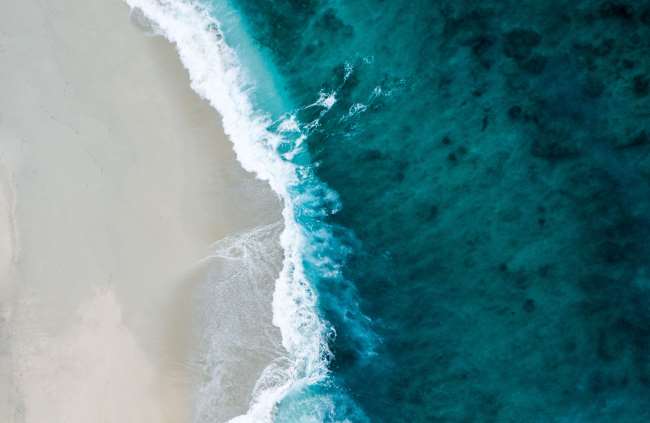 Complaining About The Quality Of The Miracle 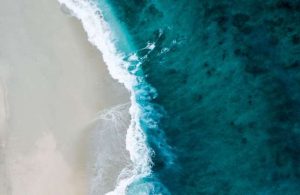 These divrei Torah were adapted from the hashkafa portion of Rabbi Yissocher Frand’s Commuter Chavrusah Tapes on the weekly portion: Tape # 491 – The Three Seudos of Shabbos. Good Shabbos!

Complaining About The Quality Of The Miracle

I would like to share a Medrash in Shemos Rabbah that does not refer directly to a verse in Parshas B’Shalach, but rather refers to a pasuk in Psalms regarding an incident in Parshas B’Shalach: “Our fathers in Egypt did not contemplate Your wonders, they were not mindful of Your abundant kindnesses, and they rebelled by the sea at Yam Suf.” (vaYamru al yam b’yam suf) [Tehillim 106:7]

The Medrash is troubled by the expression “vaYamru al yam b’yam suf”. This appears to be saying something more than the fact that they rebelled at Yam Suf. The redundant mention of the term “sea” (yam) seems to indicate that there were two rebellions at Yam Suf. The first rebellion was marked by the fact that no one wanted to descend into the Reed Sea. It was not until the leader of the tribe of Yehudah led his tribe into the water, triggering the miraculous splitting of the sea, that the other tribes followed into the Yam Suf. The Medrash notes the special role of the tribe of Yehudah at this time in the words of the later psalm “When Israel left Egypt… Yehuda became His sanctified one…” [Tehillim 114:1-2]

This first rebellion is alluded to by the initial words “vaYamru al yam”. What do the extra words “b’yam suf” add? The Medrash states that the second rebellion involved complaining about the muddy ground which they had to walk through after the Yam Suf split open.

Of course it was muddy! Anyone who has ever walked along the beach when the tide is going out knows that the sand where the water has recently been is muddy. The Jews complained that their shoes were getting full of mud. In the words of the Medrash, “Reuvain said to Shimeon ‘In Egypt we were immersed in mortar and at the Reed Sea we are immersed in mortar. In Egypt we had the mortar that accompanied the bricks and here at Yam Suf we have the mud caused by the splitting waters.'”

This Medrash is amazing. Actually, it is not the Medrash that is amazing. It is the reaction of the people quoted by the Medrash that is amazing. Let us put ourselves in their shoes – literally and figuratively. The Egyptians are behind us; the Yam Suf is in front of us. There is nowhere to go. We cry out to Heaven – “What is going to be?” The Divine Word comes back: “Speak to the Children of Israel and let them go forward.” One of the greatest miracles in the history of mankind occurs – the splitting of the Reed Sea. What is our response? “Our shoes are getting dirty from the mud.”

This was the “Dor De-ah” [Generation of Knowledge]. We should not abuse the people of the generation of the Exodus, but apparently this was a character shortcoming that plagued this particular generation. They were never happy.

The Jews in this week’s parsha complain about the mann. This is repeated in Parshas BeHaloscha. “Mann for breakfast, mann for lunch, mann for supper, nothing but Mann! Oh for the good old days of Egypt!” In the middle of the description of the section of mann in BeHaloscha, the pasuk says “And the mann was like coriander seed and its color was like the color of b’dolach” [Bamidbar 11:7]. Rashi mentions that this pasuk is an editorial interjection. The pasukim before and after this interlude describe what the Jewish people were saying. Suddenly, in the middle of the discussion, the Torah comments: “And the mann was like coriander seed…”

Rashi explains: Come and let the world see what my children are complaining about. The mann is so special and so beautiful and yet they even complain about the mann. Mann was both a physical and a spiritual food. It tasted however the person wanted it to taste. It was a food that did not produce body waste. There was absolutely nothing wrong with it. It came at no cost; there was no effort in preparing meals. No mess, no fuss, low cholesterol, high fiber, non-fattening – anything one wanted! And nevertheless they complained about the mann.

These are the same people who could complain that they had mud on their shoes from the bottom of the Reed Sea. It is the same psychological phenomenon. Such people will never be happy. There are such people in the world.

A Chassidic tale is told of a Chassid who was suffering from many misfortunes and he consulted his Rebbe to ask him for help in coping with his lot in life. The Rebbe advised him “I cannot answer you about your suffering, but Reb Zushia can. Go to Reb Zushia.”

When the Chassid came to Reb Zusia’s town, he was shocked to arrive at a depressing and dilapidated shack with leaks, a dirt floor, no heat and no furniture. Reb Zushia came to the door. He was severely stricken with boils all over his skin. He was wearing rags. The image of Reb Zushia and his impoverished hut made the visiting Chassid’s heart sink lower than it already was from his own suffering and troubles.

Reb Zushia asked kindly and calmly what he could do for the visitor. The visitor explained that he was referred by his own Rebbe to ask how one can handle suffering and develop a “Gam Zu L’Tova” [this too is for the best] attitude.

Reb Zushia replied, “Me, explain suffering?” He gently shrugged his shoulders in wonder and said, “How would I know? I have never had any suffering. One cannot learn a ‘Gam Zu L’Tova’ attitude from a person who has everything. I have everything!”

We all have to decide what our attitude will be. But we must remember that if everything is bad in our lives, it may very well be ‘ki marim hem’ — because we ourselves are bitter.

This write-up was adapted from the hashkafa portion of Rabbi Yissocher Frand’s Commuter Chavrusah Torah Tape series on the weekly Torah portion. The complete list of halachic topics covered in this series for Parshas B’Shalach are provided below: