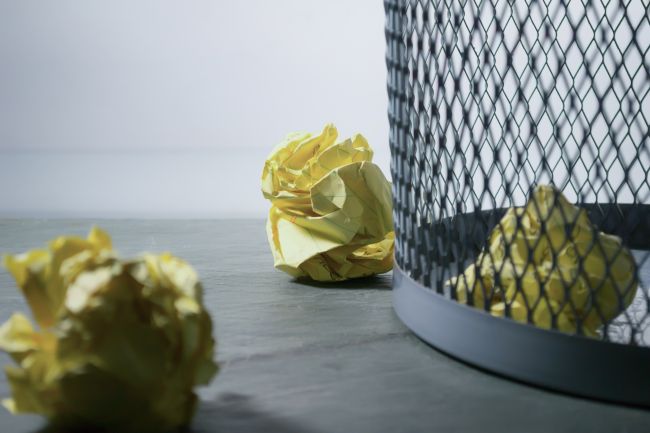 Bilaam’s Blessing – Thanks, But No Thanks 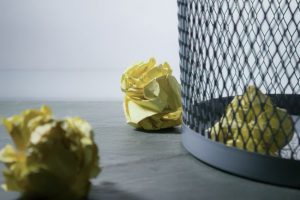 These divrei Torah were adapted from the hashkafa portion of Rabbi Yissocher Frand’s Commuter Chavrusah Tapes on the weekly portion: CD #1039 – The Maid Who Made the Chulent. Good Shabbos!

Balak wants to hire the greatest sorcerer of his time — perhaps the greatest sorcerer of all time — Bilam, to curse Klal Yisrael. As we know, Bilam was a prophet, and G-d appears to him at night and instructs him, “Do not go with them (the agents of Balak); do not curse the nation for they are blessed” [Bamidbar 22:12]. Rashi fills in the details of this conversation. Hashem told Bilam, “Don’t go with them,” and Bilam countered, “If not, let me curse them from here.” Hashem then became explicit with Bilam and told him, “Don’t curse the nation.” To which the Gentile prophet responded, “If I can’t curse them, let me bless them.” Hashem responded “They don’t need your blessings for they are (already) blessed.”

This is a strange Rashi. Chazal say that Bilam was an extremely evil person; he had no love for the Jews. He hated them. So what is this business, “If I can’t curse the Jews, so let me bless them”? What is he thinking?

I once saw someone express the idea that Bilam’s intent here was still of a nefarious and malevolent nature. There are two ways to destroy the Jewish people. It is possible to curse them that they should be afflicted with all types of troubles, disease, poverty and oppression. But there is another way to destroy the Jewish people. That is, if the Jewish people are overwhelmed with affluence and money, that also can provide a terrible challenge to the nation. This is, in fact, what the Torah alludes to at the beginning of Sefer Devarim [1:1] when the pasuk mentions “Dee Zahav” — implying that Klal Yisrael has been spiritually challenged by all the wealth and gold that they were given. As we all know, riches can provide a terrible spiritual challenge. Chazal say that the “test of wealth” is harder to handle than the “test of poverty.”

This was Bilam’s intention. He was not out to bless the Jews. He was out to destroy the Jews. He said to the Al-mighty, “Let me bless them.” What was he going to ask for? It was that they should be rolling in dough. The outcome of that would be that they would not be able to handle this “test of wealth” and would spiritually self-destruct.

This was the meaning of Bilam’s request to Hashem, “Let me bless them.” The Al-mighty responded, “Thanks, but no thanks. They do not need your blessing, for they are blessed.”

We Hear What We Want to Hear

The truth of the matter is that even though the Ribono shel Olam did make the statement, “Do not go with them,” which by itself can be interpreted as Bilam interpreted, Bilam purposely left out the rest of the Al-mighty’s message which was, “Do not curse the people, for they are blessed.” He conveniently only told half the story to Balak’s original delegation. He was being disingenuous and was not telling the whole truth.

Rav Chaim Shmuelevitz makes an observation here which points out a basic truth in human nature. Bilam was not consciously skipping a critical part of the story. But rather, in terms of what Bilam heard, he only heard, “Don’t go with them.” The well-known principle — you hear what you want to hear — is one of the great truths of life. The Ribono shel Olam, in fact, told Bilam two things: Number one: “Don’t go with them,” which Bilam, because of his haughtiness, interpreted as “it is not worthy of you to go with them.” Number two: “Don’t curse them.” He heard that as well, but he did not interpret it as, “Don’t curse the Jews because I care about them,” but again, because of his haughtiness, “…because I don’t want you to use your great powers to go with such a lowly delegation.”

Since people hear what they want to hear and believe what they want to believe, Bilam interpreted the words of the Ribono shel Olam to mean that the sole reason he is not supposed to go with Balak’s original emissaries is because it would be below his dignity. This is human nature. We hear something, but we hear only what we want to hear.

“You’re Wrong” is No Way to Win an Argument

Bilam is travelling on his trusted donkey. The angel stands there with his sword. The donkey refuses to move. Bilam starts hitting the donkey. Bilam strikes the donkey three times. “And Hashem opened the mouth of the donkey…” In one of the great miracles of the Torah, the donkey started talking. “…and she said to Bilam, ‘What have I done that you have struck me three times?'” Bilam answers his donkey: “Because you have mocked me; if I had a sword in my hand I would kill you on the spot.”

This has to be one of the strangest dialogues in the history of humanity. Picture this — your donkey starts talking to you and rather than falling off the donkey, you get into a dialog with your donkey! It is incredible. Is Bilam so obtuse that he gets into a childish argument with his animal? What is the meaning of this?

We can consider the following analogy: I try to start my car in the morning and it doesn’t start, so I go out and open the hood, do not see any problem, and I slam the hood in anger. Suddenly the car says, “Why are you treating me like that?” Will I start arguing with my car at that point? And yet Bilam does this. How is this to be understood?

My good friend, Rabbi Yakov Luban, once gave me an explanation of this pasuk, which is also a great lesson in human emotions and human dynamics. If you ever get into an argument or a discussion with someone, and you want to convince them of your point of view, the worst thing you can say is, “You are wrong!” Even if he is 100% wrong– dead wrong — once you say the words “You are wrong; you don’t know what you are talking about,” you have damaged his ego. Once you hurt another person’s ego, everything shuts off.

The reason Bilam did not react to what was really happening here — that obviously this must be some kind of message from the Ribono shel Olam — is because “you have mocked me.” Bilam took the donkey’s actions as impugning his dignity, as making fun of him. When your ego is affected, everything ceases to exist. There is no rationale anymore. There is no rational thinking anymore. That is what happened here. The donkey insulted Bilam. Once you insult me, I am not capable of engaging in rational conversation.

The guaranteed worst way to “win” an argument is to say to your opponent, “You are wrong. You don’t know what you are talking about.” Whatever you say after that falls on deaf ears.

How do you engage in an argument? You say, “You know what? I hear what you are saying. It is a valid point, but…” and then you proceed to destroy the argument. This way you may be successful because the other person is open to hear what you have to say. If you say the words “You are wrong,” you have lost him.

The Double Entendre of “Shalosh Regalim”

My final comment is a textual peculiarity of which all the commentaries take note. “Hashem opened the mouth of the donkey and she said to Bilam, ‘What have I done to you that you have struck me these three times (zeh shalosh regalim)?'” [Bamdibar 22:28]. The fact that the Torah here uses the term shalosh regalim rather than the more common shalosh pe’amim provides fertile ground for rabbinic commentary. Shalosh Regalim is usually the term we find to describe the Three Pilgrimage Festivals (Pesach, Shavuos, and Succos).

Rashi here quotes the teaching of Chazal that the angel was hinting here (through the words of the donkey), “You are attempting to destroy a nation that celebrates three times a year.” In other words, “You do not have a chance of success, Bilam, because Klal Yisrael has a merit which will sustain them forever by virtue of the fact that they celebrate the Three Pilgrimage Festivals. Three times a year, they go up to the Beis HaMikdash, the House of the Al-mighty, and thereby maintain an intimacy with Him.

What is the nature of this merit? I saw the following suggestion in the sefer Imrei Baruch: The Gemara says [Chagiga 4a], “One who gathers manure, a coppersmith, and a tanner are excused from the obligation of appearing in the Beis HaMikdash [on the Pilgrimage Festivals].” This is an amazing halacha. Even though generally, men women and children are all obligated to come to the Bais Hamikdash in Jerusalem on the Festivals, yet, individuals in these three professions are excluded. Why? “As it is written ‘All your males’ [Devarim 16:16] — he who can go up together with all your males. This excludes these people who are unable to go up with all the males.”

Please excuse the graphicness here, but the reason people in these three professions cannot go up with everyone else is because they smell! People with such jobs are constantly exposed to malodorous smells, which they can never totally purge from their bodies. If someone sits in shul next to a fellow who is a tanner, he will not be a happy congregant. They just smell awful!

Shalosh Regalim demonstrates the unity and cohesiveness of the Jewish people. Everybody needs to go up together. Everybody prays together in the same Bais Hamikdash courtyard. Everybody brings the same offerings. Despite the divisions that exist within our nation, at least three times a year we are all one big happy family. The Talmud says that in Jerusalem no one ever said, “It is too crowded here.” Everybody enjoyed themselves. It was geshmak! It was uplifting. Everyone joined together in peace and harmony.

The Brisker Rav explains that this fact is explicitly stated in the Mi Sheberach prayer recited on the Shalosh Regalim. At the end of that blessing we say, “And may he merit to go up on the Festival together with all of Israel, his brethren.”

This is the merit that Chazal are referring to (in the above cited Rashi). Bilam, you want to uproot the Jewish people. You will never do it because the merit of the unity that is provided by the Shalosh Regalim is such a powerful force that you will never succeed in cursing Klal Yisrael.

Perhaps we can relate to this teaching an observation that I believe I once read from the Vizhnitzer Rebbe. After Bilam was unsuccessful in his attempt to curse Klal Yisrael, “Balak said to him, ‘Please come with me to another place that you will see them from there, however you will see only part of them — all of them you will not see — and curse them for me from there'” [Bamidbar 23:13].

The answer is that Balak now realized that Bilam would never be able to destroy all of Klal Yisrael. However, he was hoping that maybe if he would focus on just part of the people, perhaps he could sow dissension amongst them, and that division would defeat Klal Yisrael. When Klal Yisrael is united, it is a force that can never be destroyed. No curses or other weapons will ever be successful against the nation that celebrates the Three Pilgrimage Festivals in unison.