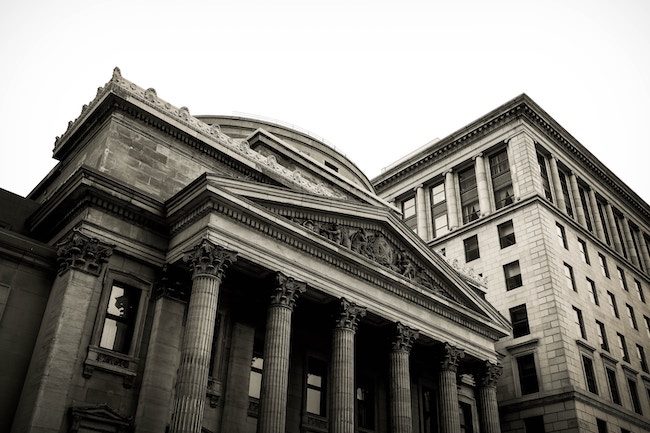 Two Promises You Can Bank On 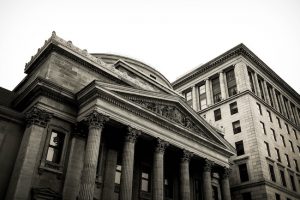 These divrei Torah were adapted from the hashkafa portion of Rabbi Yissocher Frand’s Commuter Chavrusah Tapes on the weekly portion: # 1064 The Doctor That Erred. Good Shabbos!

Towards the end of Parshas Mishpatim, we are promised that if we worship Hashem “… He will bless your bread and your water and will remove illness from your midst.” [Shemos 23:25]. The Chidushei HaRim contrasts this pasuk with a similar pasuk in Parshas B’Shalach, which promises that if we keep the Torah then: “…any of the diseases that I placed upon Egypt, I will not bring upon you…” [Shemos 15:26].

The Chidushei HaRim writes that the pasuk in Mishpatim is a blessing for success in our efforts to make a livelihood (parnassa) while the pasuk in B’Shalach refers to protection from illness. People get sick and have illnesses. So, the Almighty promises – in B’Shalach – that those illnesses that have befallen the Egyptians, will not happen to Israel in the future (“I will not bring upon you”). Regarding the physical ailments mentioned in B’Shalach, we are told “I will not place them upon you” (future tense).

Our pasuk in Mishpatim, however, is referring to an illness that is already within the person. Therefore, it states “I will remove illness from your midst.” Apparently, here the Torah is speaking about something the person has already. What is this illness that the person has that is apparently in our system already? The Chiddushei HaRim says it is a specific ‘disease’ called ‘Dayga’ – ‘Daygas haParnassa’, namely worry about making a proper living. This is something that occupies most of humanity – fear that they will not be able to put bread on the table for their families. This is a ‘disease’ that a person does not catch from germs. It is already within each of us.

The pasuk is teaching that Hashem will bless us with good livelihoods. As a result, this ‘disease’ that is potentially within everybody’s system will be removed from our midst. The Chidushei HaRim explains that the end of our pasuk here in Mishpatim (regarding removal of the ‘disease’ of worry about parnassa) goes in tandem with the beginning of that same pasuk which promises us that we will make a good living – having plenty of food and drink on our tables. As a result, one of mankind’s great ills will be taken away from us – I will remove the fear and concern of not making a living from your midst.

The pasuk states in this week’s parsha, “From a matter of falsehood distance yourself.” [Shemos 23:7] This is the Torah’s admonition about being truthful and honest. The commentaries point out that this is the only midah [character trait] from which the Torah specifically instructs us to distance ourselves (‘Tirchak‘). We are commanded to stay as far away as possible from sheker [falsehood]. Do not skirt the truth; run away from sheker.

It is well known that if Rav Yaakov Kamenetsky exemplified one particular midah), it was his pursuit of truth (derishas ha’Emes). I once read in a biography that as someone whose name was Yaakov, he took it upon himself to excel in the attribute of pursuing truth in all his dealings as we know the Patriarch Yaakov typified the characteristic of truth (Titen Emes l’Yakov [Micha 7:20]).

I would like to relate two stories about this great Rosh Yeshiva that demonstrate his adherence to the midah of Emes [truth].

A fellow came to Rav Yaakov and asked him the following shaylah [question]: He wished to take off from his job on the day of Purim. Although Purim is only a rabbinic holiday and strictly speaking work is not prohibited, he wanted to celebrate the day as it should be celebrated, not to come home late in the afternoon and run through perfunctory fulfillment of the day’s rituals.

Under normal circumstances, his employer allowed employees to take a personal leave day but his company at that time was exceedingly busy and they had made a temporary policy that they were not allowing personal leave days during this busy period. So, he went to Rav Yaakov and asked if he might be able to take it as a sick day. He felt that he had a couple of justifications for requesting such an absence on those grounds. First of all, Purim follows Ta’anis Esther which is a fast day which leaves a person a bit weak and fatigued. Second of all, Purim is a time which, due to all the drinking and feasting done on that day, leaves nobody feeling very good, certainly not by later in the day.

This is bending the truth somewhat because he was not really sick and strictly speaking, sick days are reserved for people who are really sick. How did Rav Yaakov answer this Shaylah? Did he tell him to take off the day and observe Purim as a Jew should observe it and bend the truth, or otherwise?

Rav Yaakov instructed him that Purim is a Rabbinic holiday and “You shall distance yourself from falsehood” is a Biblical command. It is a no brainer. Go to work and fulfill the obligations of Purim before or after work to the best of your ability. Work on Purim rather than say something that is not true.

When I told over this incident in one of my speaking engagements, a person from the audience came over to me and told me another story about Rav Yaakov:

When Rav Yaakov was rav in Toronto, the shul presented him with a silver platter as a Purim present for Purim. A few days after Purim, one of the shul members saw Rav Kamenetsky in a Toronto Pawn Shop with this very same silver platter. The member thought it highly inappropriate. The shul gave their rabbi a gift and he went to pawn it! The member was shocked. He went back and told other members of the shul and the Board of Directors. The Baale Batim, being Baale Batim, came to Rav Yaakov and asked him “What kind of business is this – you went to pawn our gift in a pawn shop?”

In olden times a Rav did not get a salary. He got “Rabbonishe Gelt“. What’s “Rabbonishe Gelt“? When you go to the Rav to sell your Chometz, you slip him a little gift. For funerals, weddings, and other special occasions, members gave their Rav money. Rav Yaakov told the “Committee of Inquiry” that part of “Rabbonishe Gelt” is when the congregation gives their rabbi a gift before Purim. That being the case, he told them, this was part of his salary. If it is part of his salary, he felt, he needed to declare it on his Income Tax form as earned income. “I need to know how much the silver platter is worth so I know how much to declare.” So, he took it into the pawn shop to assess the fair market value of the platter so that he could accurately record it as part of his income tax declaration.

This is another example of the honesty of Rav Yaakov Kamenetsky. When I told over this second story about honesty of Gedolei Yisrael, another person from the audience came up to me and told me a third such story – this one about Rav Aharon Soloveitchik, z”l.

Rav Aharon Soloveitchik for many years commuted from Chicago to New York. After his brother Rav Yosef Baer Soloveitchik, stopped giving the shiur in Yeshivas Rabbeinu Yitzchak Elchanon, Rav Aharon used to give the shiur there. He was also the Rav haMachshir for Streits’ Matzah. In short, he commuted on a weekly basis between his home in Chicago and New York City.

One time he came to the airport with his mother-in-law, who was travelling with him that day and he came up to the ticket counter and ordered two tickets. The agent behind the counter said “Rabbi, you are in luck! We are having a special – Spouses Fly for Free – today!” Rav Aharon responded, “This is not my wife, this is my mother-in-law.” The agent told him, “Do not worry. We do not check marriage licenses.” He questioned the clerk – “Do you have permission to do that?” She hemmed and hawed. Rav Soloveitchik then asked to see her supervisor. The supervisor also told him, “Do not worry. We never check. You are a male and she is a female. Take the special.” Rav Aharon then again questioned the supervisor: Do you have permission from the company to do that? She could not tell him definitively that she had permission from the company to knowingly give the Spouses Fly Free special to a couple that were not husband and wife so Rav Aharon he refused to accept the discounted tickets.

I am not paskening whether or not we are strictly obligated to turn down such an offer if we are travelling with our daughters or mothers-in-law rather than our wives, but it is certainly an Eirlichkeit. Certainly, when it is an out and out falsehood, when it is clearly bending the truth, we indeed need to distance ourselves.

This week’s write-up is adapted from the hashkafa portion of Rabbi Yissochar Frand’s Commuter Chavrusah Series on the weekly Torah portion. A listing of the halachic portions for Parshas Mishpatim is provided below: