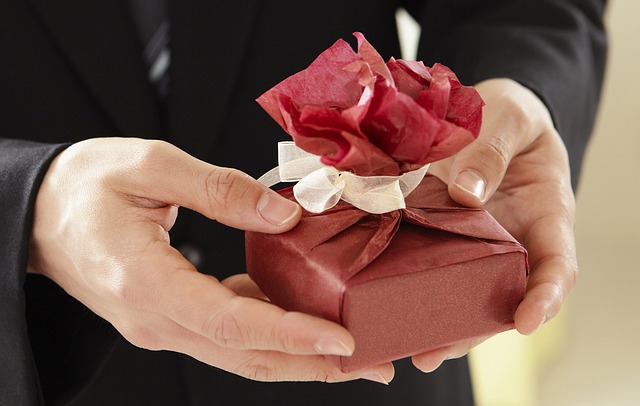 The Thought That Counts 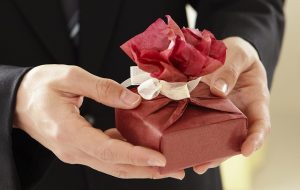 These divrei Torah were adapted from the hashkafa portion of Rabbi Yissocher Frand’s Commuter Chavrusah Tapes on the weekly portion: #1065 The Breakaway Minyan – Permitted or Not? Good Shabbos!

“The Thought That Counts” Was the Yardstick

Throughout Parshas Teruma, and indeed throughout all the parshiyos that deal with the Mishkan, the Torah uses the expression “Kol nediv lev, yevee’eh-ha“.  There is a big emphasis in these parshiyos about generosity of the heart (nedivus halev) and generosity of the spirit to contribute to the Beis HaMikdash.  We do not see this expression in other areas of the Torah.  We do not even see it in connection with the mitzvah of Tzedakah [charity].  Why over here by the building of the Mishkan, in this period of history, is there such an emphasis on nedivus halev?

I saw the following answer in a sefer called Milchamos Yehudah: We need to realize with whom we are dealing.  Klal Yisrael had just recently come out of Egypt.  They were slaves.  The very nature of a slave is that he owns nothing of his own.  He is penniless.  That which a slave acquires becomes the property of his master.  While they were slaves in Egypt, they had nothing.  So from where did they obtain the money that they were supposed to donate to the Beis HaMikdash?

The Torah says that prior to leaving Egypt “they asked their neighbors for silver vessels and clothing” [Shemos 12:35] – they received wealth upon exiting Egypt.  Furthermore, Chazal say that when the Egyptians sank in the Yam Suf, the Israelites acquired great spoils from that miracle as well.  In short, they received money.  However, this is not like you and me receiving money.  When we receive money, it is perhaps because we work for it. Perhaps we save money from our paychecks.  Or perhaps we suddenly win the lottery or find out that a distant relative who we never heard of has died and left us with millions of dollars.  At any event, it is a situation where we were struggling to make a living and then we came into money.

With the generation that left Egypt, it did not work like that.  Until now, they did not need to work for a living (they worked, but they were not paid anything!).  Furthermore, in the Wilderness, there were no worries about making a living.  They received food from Heaven.  They did not need to worry about rent or mortgages because they had the Clouds of Glory surrounding them.  There were no utility bills. The Clouds of Glory provided full climate control.  Clothes?  “Your clothing did not wear out from upon you, and your feet did not swell these forty years” [Devarim 8:4].  The clothes with which they came out of Egypt are the same clothes with which they walked into Eretz Yisrael.  They did not have any expenses.

These people never struggled for their money, and did not have any need for the wealth that they acquired.  Now these people are asked for a contribution to the Mishkan building fund.  “No problem.  What am I saving it for?  Easy come, easy go.  What do I need it for?”  To them, the amount was almost insignificant.

Normally, the size of the check that a person writes might be an indication regarding his level of devotion.  If he writes a $10 check, it is one thing. If he writes a $10,000 check, it shows a different level of devotion.  However, back then, such distinctions did not really exist.  It simply was not difficult for them to part with their “hard earned money” like it is for us because their money was in fact not “hard earned.”

So what was the measuring stick of their devotion?  The only possible measure was the quality of Nedivus Lev – the spirit with which they gave it.  That is why this is the only place where the Torah repeatedly emphasizes the ‘Nedivus Lev‘.  Their degree of commitment could not be measured by the size of the check, but rather by their more ephemeral quality of generosity of spirit, which only the Ribono shel Olam can measure.

That is why, for instance, Chazal say that the Avnei Shoham that the Princes contributed were listed as the last item, even after the goats’ hair, because the people who gave the goats’ hair gave it with mesiras nefesh [self-sacrifice and devotion] and the Almighty appreciated the significance of such donations.  The Princes, who were somewhat (for lack of a better term) ‘lazy’ in giving their contribution, had their contribution accepted with less fanfare.

The Capacity to See the Eventuality

Rashi in fact says in the name of the Medrash Tanchuma that these are special boards – prepared and reserved for this purpose.  Yaakov Avinu foresaw prophetically that his descendants would leave Egypt and make a Mishkan out of wood.  Chazal say that he therefore planted cedar trees when he came down to Egypt.  Before he died, he told his children that they would one day leave the country and pointed out to them the cedar trees he planted that he wanted them to take with them.

Rabbeinu Eliyahu Mizrachi asks a question on this Rashi: Yaakov Avinu only commanded his children to take out the cedar trees (Arazim) that he planted in Egypt.  That does not explain the construct “Es HaKerashim” (the Boards).  Yaakov did not plant boards. He planted trees!

I heard an answer to this question from an acquaintance: When Yaakov Avinu planted the trees, he did not see them as trees.  He saw the (future) boards of the Mishkan.  Yaakov had the foresight, with Ruach HaKodesh, to say, “one day you will take these very trees and they will be the boards of the Mishkan.”  Yaakov had the capacity to see not only the present, but to see the dream, to see the eventuality, as well!

This acquaintance mentioned that the Ponnevizher Rav, zt”l, had this same capacity.  When he bought the large tract of land that was to become the Ponnevizher Yeshiva, there were not twenty Yeshiva bochrim in all of Eretz Yisrael.  He bought acres upon acres of land.  Not only were there not twenty Yeshiva bochrim in all of Eretz Yisrael, but the German General, Erwin Rommel, was 11 days away from Tel Aviv!  At that very moment, the Ponnevizher Rav was buying land for a Yeshiva to hold 1,000 bochrim!  People told him “You are dreaming!”  He responded, “I might be dreaming, but my eyes are open.”  He had the capacity to see the eventuality of a Yeshiva that needed space for 1,000 students.

When he saw that barren piece of land on an empty hilltop, he already saw upon it the Ponnevizher Yeshiva.

Rav Schwab tells the story that he was once walking with Rav Ruderman, zt”l, in the Forest Park neighborhood (where the yeshiva was originally situated).  They were walking by a big old house and the Rosh Yeshiva said to Rav Schwab “This building can hold two hundred bochrim.”  In those days, there were maybe 20 or 30 bochrim in the whole Yeshiva.  Rav Schwab chuckled to himself – why is Rav Ruderman worried about a building for 200 students?  In those days a Yeshiva with 200 bochrim in America, and certainly in Baltimore, was a “crazy” idea.

Here again, a great man looked at a building and saw into the future – this could be a Yeshiva one day!  These are called dreamers – visionaries.  These are people with foresight to see what is not here now, but what can, and many times will, be here one day.

It is a rare commodity to be able to see beyond the here and now and see the future.  That is what Yakov Avinu saw.  When he planted those Arazim he did not just see cedar trees.  He saw the walls of the Mishkan.  Therefore the boards were called haKerashim with the Hay haYediah!  We do not see it now, but a person with a long range of vision can see the future.