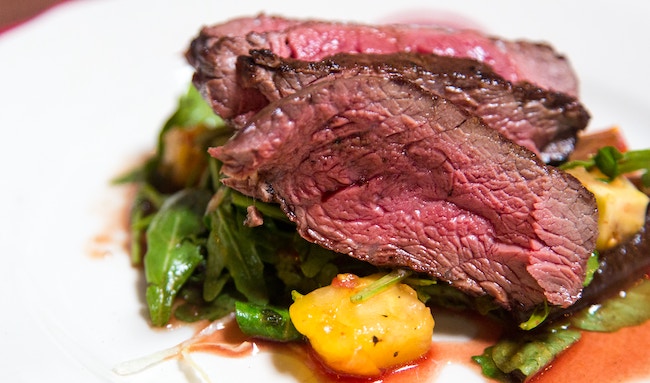 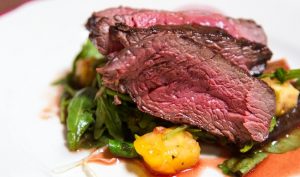 These divrei Torah were adapted from the hashkafa portion of Rabbi Yissocher Frand’s Commuter Chavrusah Tapes on the weekly portion: CD #1060 – Bentching on a Kos; Making Brochos with Children. Good Shabbos!

“I’ll Have My Steak from the Jews’ Cattle”

Prior to the plague of Dever [Pestilence], Moshe Rabbeinu warns Pharaoh in the name of the Master of the Universe: “For if you refuse to send out, and you continue to hold them, behold the Hand of Hashem is on your livestock that are in the field, on the horses, on the donkeys, on the camels, on the cattle, and on the flock – a very severe epidemic.  And Hashem shall distinguish between the livestock of Israel and the livestock of Egypt, and not a thing that belongs to the Children of Israel will die.” [Shemos 9:2-4]

The Jewish people were shepherds.  They had large flocks. However, Hashem promises that the Dever-epidemic will not affect their sheep and cattle.  In fact, it occurred exactly as Moshe warned: “Hashem carried out this word the next day, and all the livestock of Egypt died, and of the livestock of the Children of Israel not one died.” [Shemos 9:6]

The very next pasuk is noteworthy: “Pharaoh sent and behold, of the livestock of Israel not even one had died…” [Shemos 9:7].  Lo and behold, Pharaoh discovered that Hashem was right!  Not one Jewish animal died! What was his reaction?  “…and Pharaoh’s heart became stubborn and he did not send out the people.” [ibid.]  On the face of it, this is totally counterintuitive and illogical.  Everything happened exactly as Hashem had foretold; Pharaoh verified that this was the case; and so he decided “You know what?  I am not going to send them out!”  What sense is there to this?  How do we understand this pasuk?

The answer is that Pharaoh is exhibiting the classic response of a wicked person, a person who consciously decides, “I am not going to recognize the Hand of G-d.”  Pharaoh says to himself:  “Okay, my entire flock died out.  There is nothing to eat!  So where am I going to get supper tonight?  What are we going to serve?  No problem.  The Jews still have meat.  Aha!  If the Jews still have meat, there is no problem.  I have a way out!”

I do not know exactly what terminology to use to define this type of behavior.  It is either myopia, shortsightedness, live-for-the-here-and-now, or eat-drink-and-be-merry-for-tomorrow-you-die.  No matter how we describe it, the idea is that I am just going to look at the here and now in front of me, and as long as I still have the ability to have my steak for supper, why should I give in?

This is an attitude that we find not only by Pharaoh – as we will demonstrate shortly – but it is an attitude that we find by all wicked people.  It is akin to that which we noticed by Eisav.  Eisav came in from the field and he was hungry and immediately took up Yaakov’s offer to trade his birthright for a bowl of lentil soup.  Yaakov had said “…sell me like this day, your birthright as first-born” [Bereishis 25:31].  What is the meaning of the word “like this day” (ka’yom)?  The Soforno writes that a person whose whole purpose of living is just for “today” (i.e., the moment) is willing to sell a birthright for a bowl of soup.  All he worries about is “I need to eat.  I am hungry.”  Instant gratification!  The future?  What is going to be?  The long-term picture?  Strategic thinking?  None of that exists for such a person.

This is true by the wicked when it comes to their stomach or to their kavod [honor], or to their power.  They do not think strategically.  They think for the here and now.

The Kli Yakar points out that we see the same phenomenon by the Plague of Frogs.  Hashem promised that the frogs would descend upon Egypt.  They came.  Life became miserable for the Egyptians.  Following cessation of that plague, the pasuk states “And Pharaoh saw that there was relief…” (va’yar Pharo ki hayesa harvacha) [Shemos 8:11]. What does it mean that there was revach?  The Kli Yakar notes that we do not find such an expression by any of the other plagues.  The reason, he writes, is that by all other plagues, after the plague ended, it was gone.  When the hail stopped, the hail stopped; when the wild animals went away, they were gone.  However, by the frogs, even though the ascent of the frogs from the Nile ceased, the plague was not over because they all died in place and the dead frogs began to rot and decay and Egypt stank from their stench.

So what was Pharaoh going to do?  Where was he going to live?  “I can’t take this!”

The pasuk says that he saw that there was harvacha.  Egypt was a big country.  There was plenty of space in the Land of Egypt.  Parts of Egypt were far away from the rivers and therefore did not have frogs.  Therefore, it did not smell there.  Pharaoh did not have a problem – he could escape to the “temporary White House.”  He went to places in Egypt where there were no rotting frogs.  Ay – the rest of your country is going down the tube?  Ay – it is unbearable everywhere else?  “It is not my problem!  I have a way out.  I have wiggle room.”

This is the same phenomenon by the plague of Dever.  He saw that the plague did not affect the Jewish cattle, so he had an escape by which to provide himself with tonight’s steak for supper.  With supper for that night covered, Pharaoh decided, “I have time.  I am not going to give in.”

Wicked people like Pharaoh have no foresight.  They are not trained to look beyond the here and now.  They are incapable of strategic thought and strategic planning.  If they can last another week or even another day, then “Why do teshuva now?  I can always do teshuva later!”  This is the path of the wicked, not the path of the righteous.