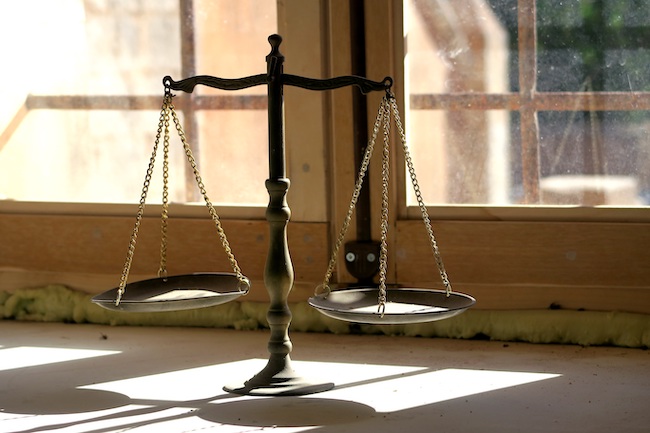 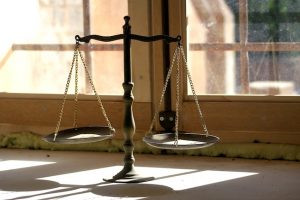 In Memory of my dear friend and chavrusa, Efraim Hirsch, who suffered every type of yesurim

Teshuva and the Justice System

In Mesilas Yesharim, the Ramchal asks (1), how is it that regretting to do an aveira removes the sin itself? He answers: the effect of teshuva is not min hadin — a logical facet of justice — but Hashem in His mercy goes beyond the letter of the law.

Rav Elchonon (2) comes to the conclusion that logically, regretting that one transgressed Hashem’s will can help somewhat: If one regrets that he defied Hashem’s command, this is effective, and is henceforth considered as if he did not defy Hashem; but this is not what the Ramchal was addressing. The question was, how can someone remove the actual crime committed? Murder, for example — how is it possible to change the reality of the committed crime, as if he never killed? It can only be because Hashem goes beyond the letter of the law. In Hashem’s mercy — regretting the will to do the aveira removes the actual sin itself.

The Rambam doesn’t list teshuva as one of the 613 mitzvos (3). Vidui, however, is listed in the 613. There are different steps to teshuva: Azivas Hacheit — stopping the transgression; Kabala la’asid — commitment to comply in the future; charata — feeling remorseful; finally, one must express these sentiments orally in the vidui tefilos.

The Rambam does list vidui as one of the 613 mitzvos. Why does the Rambam list vidui, but not teshuva itself? The Meshech Chochma (4) explains that teshuva does not have to be listed as a separate mitzva. Teshuva is part and parcel of each of the mitzvos!

If a person broke one of the mitzvos, even repeatedly — his violation does not exempt him from future compliance. Thus it is a necessary and vital aspect of each mitzva that when a person is not in compliance, he is required to get back in line and start complying. Further, it is not simply that from now on he must comply, but the violation which he committed must be paid for in some way. Thus, teshuva is part of each and every mitzva.

On the other hand, we would not necessarily have said that the violator has to say vidui orally. The Torah does require vidui, however (5). Therefore, the Rambam lists vidui as one of the 613 mitzvos, although teshuva itself is part of every mitzva.

Rav Simcha Zissel Brody (6) has a different interpretation. The Rambam actually mentions teshuva as a mitzva in the preface to Hilchos Teshuva (7): “There is one mitzva, that the sinner should do teshuva from his cheit before Hashem and say vidui.” Clearly, he is stating that teshuva and vidui are one mitzva.

Rav Brody explains that thought alone is not a sufficient commitment — it must be declared verbally. Thus the vidui statement is the culmination and completion of the teshuva process.

However, there is no contradiction. The Ramchal was not discussing the mitzva of teshuva, but the effect, the outcome of teshuva. The possible outcome of teshuva is that it erases the sin altogether. This is not a logical consequence of justice, to say that an ex-con has no criminal record whatsoever!

The Meshech Chochma was not discussing the effect of teshuva (that the sin is erased), but the legal requirement of teshuva: Anyone who breaks the mitzvos must return to compliance, and pay for his crimes. (8)

According to the Meshech Chochma, the requirements of teshuva should be a facet of law in general — all systems of law require that violators return to compliance.

Is There Teshuva for Non-Jews? The Story of Yona

The Asara Ma’amaros (9) and the Mabit (10) both state that non-Jews do not have teshuva (although a convert is considered a new-born infant, completely cleansed from the past).

How do we explain the story of Yona (Haftara of Mincha on Yom Kippur)? The men of Nineveh listened to Yona and changed their ways, delaying their punishment. Don’t we see that there is teshuva for the nations of the earth?

Asara Ma’amaros has many answers to this question (11). Finally, he demonstrates that the punishment of the men of Nineveh was merely put off, but eventually they were punished for their crimes (as related at the end of Sefer Nachum, see Rashi) (12).

The Mabit writes (13) that non-Jews can do teshuva, but there is a distinction. The Torah’s words regarding teshuva were only said to Yisrael: “The (complete) acceptance of teshuva requires Z’chus Avos Yisrael.”

He makes important points: Partial teshuva can help alleviate the punishment, whether we talk about commitment to comply without remorse, or remorse without commitment, etc. This was the case with the men of Nineveh, who agreed to comply but did not show remorse.

May we all merit to do a complete teshuva, and have all our sins erased from the record…