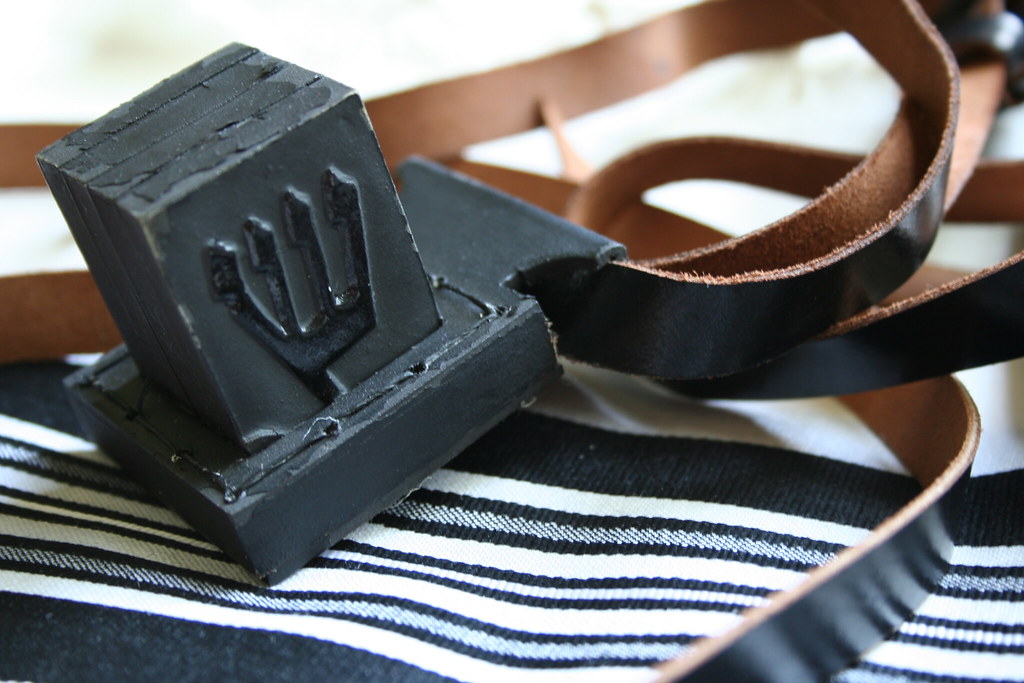 Tefillin: Na’aseh before Nishma / The Power of a Hint 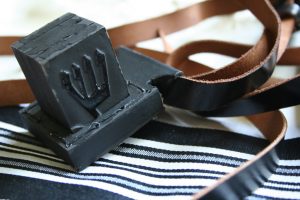 These divrei Torah were adapted from the hashkafa portion of Rabbi Yissocher Frand’s Commuter Chavrusah Tapes on the weekly portion: #1104 How Long Must You Wear Your Tefillin? Good Shabbos!

Insincere Converts Will Put on Their Tefillin Backwards

In the last pasuk of Parshas Bo, the Torah, in speaking about the Mitzvah of Tefillin, states: “And it shall be a sign upon your arm, and for totafos between your eyes, for with a strong hand Hashem removed us from Egypt.” [Shemos 13:16] The mitzvah of Tefillin is to have Tefillin both on one’s arm and on one’s head.  The Mechilta, which is a collection of Tannaitic teachings relating to the laws taught in the chapters of the Book of Shemos, interprets this pasuk as teaching that as long as one’s hand-Tefillin are on his arm, his head-Tefillin needs to be worn on his head.  The practical import of this instruction is that the sequence for putting on and removing Tefillin is that first we put on the hand Tefillin and then we put on the head Tefillin; first we remove the head Tefillin and then we remove the hand Tefillin.

The sefer Bei Chiya raises an interesting question.  The Talmud states, “We will not accept converts in Messianic times” [Avodah Zarah 3b].  The reason for that is that in Messianic times, everyone will want to jump on the bandwagon of the Jewish people.  Everyone will want to become a part of the obviously “Chosen Nation.”  However, we do not need Johnny-come-lately type of additions to Klal Yisrael.  The Gemara notes that for similar reasons, converts were not accepted during the monarchies of Dovid or Shlomo.  This was the apex of Jewish history, and then too, everyone was anxious to join the premier nation, which was the envy of the world.

The Gemara says that despite these restrictions, there are people who will say, “We want to join the club anyway.”  They are going to put on Tefillin on their heads and Tefillin on their arms and Tzitsis on their clothing—to appear as Jews.  However, when these insincere converts see the pre-Messianic War of Gog and Magog and the associated trauma and stress that will impact the Jewish community in that time, they will say “Forget it!  We do not need this.”  They will abandon their Tefillin and Tzitsis and walk away from them.

Even though there is a halacha that the hand Tefillin must be worn at all times when the head Tefillin is worn, there is a great symbolism in this as well.  It basically echoes the same concept as “Na’aseh v’Nishma” (the proclamation the Jews gave at Sinai: “We will do and we will understand.”)  Jewish theology is based on first doing and then asking questions and coming to an understanding of why I am doing.  We are willing to do, even if in the interim we do not understand.

This differentiates between Klal Yisrael and the Nations of the World.  The famous Medrash teaches that the Almighty took the Torah and went to offer it to the various nations of the world.  Each one first inquired “What is written therein?”  To one nation He said “You shall not murder.”  To another nation He said “You shall not commit adultery.”  A third nation was taught that theft is prohibited.  Each nation rejected the Torah because they refused to commit to the prohibition the Almighty called to their attention.

This is in sharp contrast to what Klal Yisrael said—Na’aseh v’Nishma!  No questions asked!  We sign a blank check and we allow Him to fill it in!  We had such faith in the Master of the Universe that we were willing to do that.  This is what Chazal mean when they say “Who revealed to My children this secret?”

Now we understand perfectly the Talmudic reference to insincere converts who put Tefillin first on their heads and then on their arms.  It was the same theology and philosophy of life as the nations who refused to accept the Torah:  First explain it to me.  I will decide afterwards whether to accept it or not.  We see that they did not last.  One who lacks the “Na’aseh v’Nishma” commitment is disqualified from being part of the Jewish nation.

Pharaoh!  Wake Up and Smell the Coffee!

The Medrash in this week’s parsha, on the pasuk “Go to Pharaoh…” [Shemos 10:1], states: “Rabbi Yehuda began by saying, ‘Fortunate are the people who understand the call of the Teruah blast; Hashem, in the Light of Your Presence they walk.” [Tehillim 89:16]   This pasuk from Psalms is obviously associated with Tekiyas Shofar.  It is recited on Rosh Hashanna after the completion of blowing the first set of Shofar blasts.

The Chidushei HaRim cites in this connection a very famous Rambam in the third chapter of Hilchos Teshuvah.  The Rambam writes there: “Even though blowing shofar is a Divine Decree (with no apparent logic), it carries a tremendous message within it (remez yesh bo): Arise those who slumber from your sleep, wake up from your drowsiness and repent.”

A remez is a ‘hint’ and sometimes a ‘hint’ can be even more powerful than a long speech.  Sometimes even the wink of an eye or the nod of one’s head—the slightest gesture—can deliver a far greater impact than a twenty-minute oration.  “A hint suffices for the wise.”

When the Rambam says that Tekiyas Shofar contains within it a hint (remez), he is saying that Klal Yisrael respond to the remez of Tekiyas Shofar.  There are no words that come out of the shofar—it is merely a series of sounds that emerge.  But that sound is enough to send a message that I need to wake up from my slumber.  This sound can sometimes be more powerful than the most eloquent of drashas.

The first time we hear the shofar—perhaps even in Elul, but certainly on the first day of Rosh Hashanna—we start to tremble.  It sends a message.  There is no screaming, there is no yelling, there is no fire and brimstone, just that kol shofar—the hint within it.  And Klal Yisrael responds.

The Chidushei HaRim explains that Rabbi Yehuda in the Medrash means as follows: Come and see the difference between the Jewish people and Pharaoh.  Parshas Bo contains Plagues #8, #9, and #10.  Pharaoh has already gone through seven plagues.  He has been banged over the head time and time and time again.  Wake up and smell the coffee, Pharaoh!  Don’t you see where this is headed?  Why can’t you figure it out?  Why don’t you respond?  Are you blind?  Are you deaf?  Are you dumb?  What is it that you do not get?  They are going to take your entire country down the drain!

Such is sometimes the nature of people.  They can be hit over the head, they can be yelled at, they can be slapped in the face, they can have cold water poured over their head.  Everything!  And still they do not wake up.