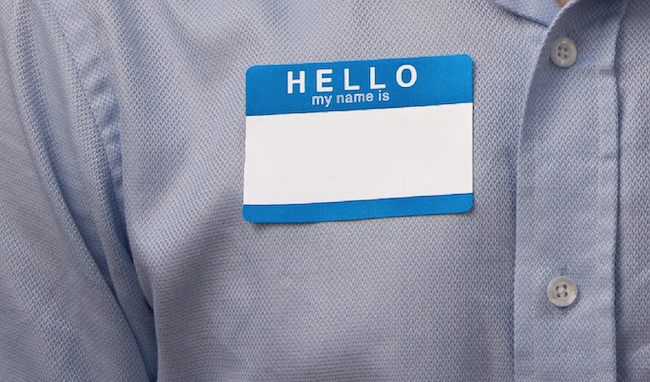 The Anonymity of Moshe Rabbeinu’s Parents 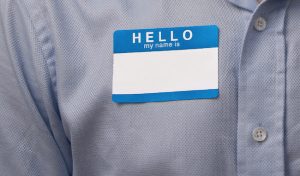 These divrei Torah were adapted from the hashkafa portion of Rabbi Yissocher Frand’s Commuter Chavrusah Tapes on the weekly portion: #1102 – Dressing Jewishly: Is There Such A Thing? Good Shabbos!

The Lesson of the Anonymity of Moshe Rabbeinu’s Parents

The pasuk (verse) in this week’s parsha says, “And a man went from the House of Levi and he married the daughter of Levi.” [Shemos 2:1]. This begins what is arguably the most illustrious career in all of Jewish history—the career of Moshe Rabbeinu. This is where it all started.

However, it begins in a very anonymous and inauspicious fashion. The Torah does not even initially identify Moshe’s father and mother. The Ramban writes that the reason the Torah does not identify over here the name of “the man of the House of Levi” or the name of the woman he married is for reasons of stylistic brevity. It would not help to mention the names of Amram and Yocheved here without tracing their respective genealogies back to Yaakov’s son Levi, which would have been a distraction from the main flow of the narrative. Therefore, this information is omitted at this point, and presented only later (in Parshas Vaera), after the birth of the redeemer. This is a very practical answer to the question.

The Oznayim L’Torah from Rav Zalman Sorotzkin gives a somewhat more elaborate interpretation. He suggests that the Torah is sending us a message. The message is that “anybody can have a ‘Moshe Rabbeinu.'” Certainly, Moshe Rabbeinu was the master of all prophets. The Torah says that there will never be a prophet comparable to him. But the idea is that there can be people who will reach tremendous stature in spite of the identity of their parents. The Oznayim L’Torah says that the reason the Torah anonymously describes Moshe’s parents as “a man from the house of Levy” and a “daughter of Levy” is to convey the idea that they did not have to be anybody special to bring a very special child into the world.

It is not a requirement for the “Savior of Israel” to have a father who was the Gadol HaDor (greatest man of his generation). If truth be told, Amram was the Gadol HaDor; but if in fact the Torah would have written “And Amram went and married…” the message would be “Yeah! What do you expect? His father was the Gadol HaDor so now he will be the Gadol HaDor!” It is all in the family! The Torah therefore says “No!” It was not crucial; it was not vital; it was not necessary for Moshe Rabbeinu’s father to have been Amram. He could have been anybody. The lesson is that the greatest of people can come from the plainest of parents.

It is true that there are great Rabbis, Roshei Yeshivas, and Chassidic leaders who belong to dynasties that exist in Klal Yisrael. We have the Gerer Dynasty, which began with the Chidushei HaRim and subsequently went to his grandson the Sefas Emes, etc., etc. We have this in the Litvishe world as well—we have the Soloveitchik Dynasty. There are dynasties like that—but it does not need to be so! We see in Yeshivos all the time people who are clearly outstanding in their capabilities, and yet they come from very simple stalk.

The reason the Torah writes “And a man went from the House of Levi …” was to teach us that Moshe Rabbeinu did not necessarily become who he became by virtue of the fact that his parents happened to be Amram and Yocheved! He became who he was because he was born with a special neshama. That neshama could have been placed in anyone, regardless of the identity of his parents. This is one lesson from this pasuk.

Rav Yaakov Kamenetsky says there is another very important lesson over here as well: The Torah wants to emphasize and make clear that Moshe Rabbeinu was a person who was born of a man and a woman. There was nothing magical or mystical about his genesis and how he came into the world. A man married a woman and they had a baby. That baby happened to turn out to be the savior of Israel.

Rav Yaakov writes that this is a foundational belief in the Jewish faith. This is unlike the prevalent belief in the non-Jewish world. They had to create a savior for themselves. They had to invent the idea that he was supernaturally conceived through a holy spirit and things of that nature. They had to hypothesize the concept of Immaculate Conception—someone who was not a son of man, but a “son of G-d”.

This, Rav Yaakov says, points to one of the fundamental differences between Judaism and Christianity. In Judaism, there is no contradiction between spirituality and materialism. We have a physical body, but it is permeated by a soul, a spiritual component integrated with the body’s physical component. The soul has the capacity to spiritually elevate the physical body.

Rav Yaakov writes that although they also believe in a soul, it is as if it is in a closed compartment. The body is intrinsically unholy, while the soul is in its own compartment, and never the twain shall meet.

That is not the Torah’s theology. Therefore, the Torah is making a specific point here in telling us that a man and a woman bore Moshe Rabbeinu. In Judaism, this synthesis between body and soul allows for a theology in which a holy union between man and woman takes place, through which another potentially holy body and soul is conceived.

Rav Yaakov sees this very same theological dispute as to how we look at the physical and the spiritual in this dispute between Tannaim. The physical, down here—according to Rav Eliezer—had to be created down here. It could not have been created in Heaven because, “the Heaven belongs (exclusively) to Hashem and the earth He gave to mankind” [Tehillim 115:16]. Rav Yehoshua argues and says, “No. Everything came from Heaven. It is no contradiction.”

Rav Yaakov makes an interesting correlation between another Talmudic dispute between these same two authorities [Beitzah 15b]. Rav Eliezer says a person must spend his Yom Tov either (all) eating and drinking or (all) sitting (in shul davening) and learning. Rav Yehoshua says Yom Tov should be split – half devoted to Hashem (e.g., sitting and learning) and half devoted to oneself (e.g., eating and drinking).

Rav Yaakov finds consistency between the respective opinions of each Tanna in these two disputes. Rav Eliezer sees a dichotomy between the physical and spiritual, and therefore says the Yom Tov celebration is an “either/or” proposition. The Torah makes us choose one way or the other for celebrating our holiday and we must be consistent with that form of enjoyment throughout the day. Physical and spiritual enjoyment cannot be melded together; there can be no synthesis. This correlates with his view of how the world was created.

Rav Yehoshua disagrees. There is no contradiction between spiritual enjoyment and physical enjoyment. One can enjoy “Half for Hashem, and Half for yourselves.”

It is interesting to note that on Shavuos—the holiday which represents the giving of the Torah—there is no dispute. There even Rav Eliezer admits that the enjoyment on Shavuos needs to include a dimension of “Lachem” (personal physical enjoyment).

Rav Yaakov further points out that people from other nations can bring a Korban (Sacrifice) but only a Korban Olah (the one sacrificial offering which is entirely burnt on the Mizbayach). By all other sacrifices, either the Kohanim and/or the owner (Ba’alim) of the offering also consume the meat of the animal. Here again, Rav Yaakov explains, the issue is that they cannot relate to the synthesis between spirituality and physicality. They can only relate to a Sacrifice which is 100% spiritual—one in which all the fats and meat of the offering are burnt on the Mizbayach.