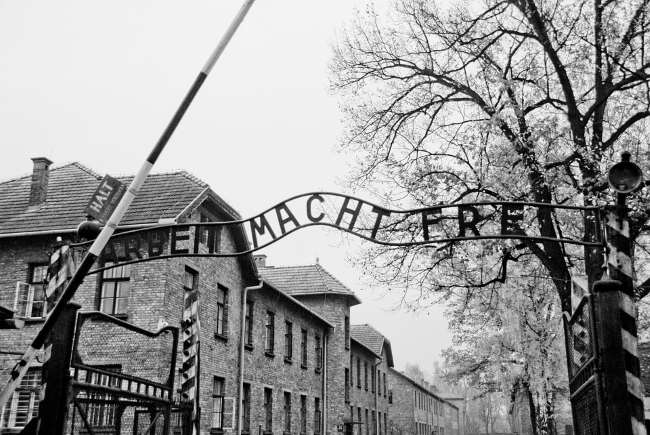 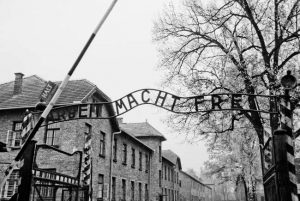 And it will be, if you do not obey God, your God, to observe to fulfill all His commandments and statutes which I am commanding you this day, that all these curses will come upon you and overtake you. (Devarim 28:15)

IT IS HARD not to weigh in on the issue, even though there is always a danger in sending out such an opinion to such a wide, unknown audience. Once upon a time, I thought all religious Jews thought the same way. I found out, the hard way, that this is not the case. Nevertheless…

Many things do not mix well with politics, but the least of all is stupidity. It’s like giving a loaded gun to a child, which can never be safe. Add to this biased self interests and you end up with a potent combination and tragic perversion of history, that in the end, is never good for the Jews.

Of course, I’m talking about, the invoking of the Holocaust to bask Trump and his policies. I come neither to support or dispute them, just to emphatically make a point against those who continually bring the Holocaust into the discussion.

To begin with, in spite of all the killing that has happened since man first stepped foot from the Garden of Eden, the Holocaust is unique, for SO many reasons. It was a singular event and hopefully it will remain that way. Clearly there have been other instances of genocide through history, but none to match the Holocaust in terms of numbers, method, and hatred.

Secondly, the Concentration Camps were not way stations or housing for the poor. They were death chambers in their own right. German cattle lived better than the Jews of the Holocaust. The Jews had only WISHED their death barracks had been actual deportation stations. As inadequate as the American deportation stations at the Mexican border might be, they are NOT in humane.

Furthermore, the Jews did nothing illegal to be treated as they were. They were LEGALLY loyal citizens of their host countries. Their only “crime” was that they were born Jewish, and in spite of how they contributed to the betterment of their societies, they were dehumanized and ruthlessly murdered. Does ANYTHING even come close to this?

In 1982, the Israelis invaded Lebanon. It was called “Operation Galilee” because it was designed to remove the upper Galilee from the danger of rocket attacks from the north. It seemed totally justifiable, given that the UN did NOTHING on its own to protect Israel.

Instead, the attack was heavily criticized, especially in the media. I remember reading a Newsweek article about it, which, to my horror, made a comment that went something like this: Israel can no longer use the Holocaust as an excuse to justify its military campaigns. The Holocaust is over, and Israel must be held accountable for its military ventures like any other country.

I was really taken aback reading this. It was the first time I had ever read such a comment from “mainstream” media, seemingly so willing to forget about the Holocaust and relegate it to the past. They hadn’t suffered it, and had little trouble moving on. Why not the Jews also?

Today, such comments are more than just commonplace. But if you can recall what the world was like back in 1982, you would appreciate what such a comment meant about the direction of world history, and how it would effect the Jews. It was clearly a historic turning point, and I remember telling a friend of mine, “Wow. If they’re already saying this now, just wait to see what they will be saying in 10 and 20 years from now.”

Why is it so important to preserve the terrible uniqueness of the Holocaust, and make it un-invokable, except to avoid future ones? That’s what this week’s parsha is about.

There are 98 curses for disobedience in this week’s parsha. Curses, not punishments. What’s the difference when the net effect seems the same: pain, suffering, death?

The difference is tikun versus destruction. Punishment is tikun, meant to rectify what remained unrectified. That’s why it is basically reserved for the NEXT world, after history has come to an end. That’s when it is cleat that a person will no longer be able to rectify themself.

Destruction is purely a thing of this world, a terrible effect of a terrible cause. This week’s parsha is saying, “Know that if you do not live by Torah and mitzvos, the world will result back to the destructive reality null and void, as commanded (Shabbos 88a). It will not simply continue on peacefully without Torah being learned by the Jewish people, as many of them as possible.”

If you don’t believe in God, and you believe in Him but not Hashgochah Pratis, then you will also believe that the Holocaust was just an example of how murderous man can naturally be. The belief is that it had NOTHING to do with God, just the savage part of man, of those who perpetrated it and of those who stood by and did nothing to stop it.

If you do believe in God, and you believe in the Torah and its messages, then you also believe that the Holocaust had EVERYTHING to do with God. It may have taken advantage of man’s worst nature, but it was God ALL the way. As this week’s parsha says, and the Talmud elaborates, HE made the world this way, HE made the safety of the world dependent upon the Torah of the Jews.

Generalize the Holocaust and you destroy this all-important message, eliminate the responsibility of the Jewish people for the direction of history, and endanger ALL of mankind. Those who are doing it think they are getting away with murder, but they are actually doing exactly that which leads to it.

People and groups have a right to complain and protest against what they think is wrong. But, to legitimize their claims by invoking the Holocaust is not only “history theft,” it is HIGHLY destructive. And not just for the Jews, but for their enemies as well, as the Nazi movement found out for themselves. Over 72,000,000 people died in WW II alone.

Of course, the people making this historic error are not going to read this parsha sheet and take note of its message. But they don’t have to in order to rectify the situation. What they do is more like a spiritual thermometer of where the Jewish people are holding. It’s OUR trivialization of Torah events and ideas that open the door for others to do the same thing.

That too is part of the message of this week’s parsha. This is why we, as a people, have to weigh in on the issue, for ourselves. We have to look at what is going on the world, and reflect it back to us as a people. If we take the message to heart, and try to do whatever we can as individuals to rectify, then God will take care of the rest.