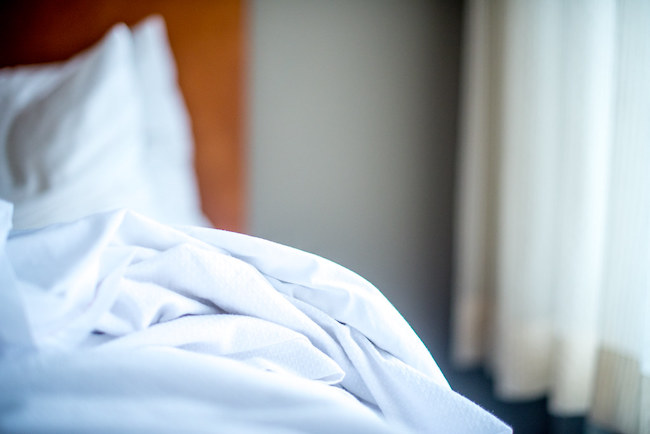 Yisroel Bowed Down Towards the Head of His Bed 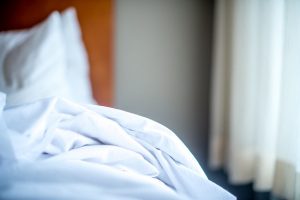 These divrei Torah were adapted from the hashkafa portion of Rabbi Yissocher Frand’s Commuter Chavrusah Tapes on the weekly portion: #1187– Can You Be Sandek More Than Once? Good Shabbos!

Yisroel Bowed Down Towards the Head of His Bed

After Yosef acceded to his father’s request and swore to him that he would bury him in the family gravesite in the Land of Canaan rather than bury him in Egypt, the Torah records that “Yisroel prostrated himself toward the head of the bed.” [Bereishis 47:31]. Rashi brings the teaching “from here we have a source for that which the Sages said – that the Divine Presence of G-d is present above the head of one who is ill.” Therefore, Yaakov Avinu, despite the fact that he was ill and weak, turned around and bowed to the head of the bed (the location of the Shechina’s Presence).

I saw an interesting thought in a sefer called Tiv HaTorah: Why is it that the Shechina is on the top of the bed of a sick individual? The Tiv HaTorah suggests that the reason is that when a person is lying sick in bed, he thinks that perhaps the Ribono shel Olam has abandoned him. He thinks that the Almighty is angry with him and is punishing him. Chazal say that this is not the attitude a person should have. A person should have the attitude that in spite of my illness and in spite of my suffering, it is NOT because the Ribono shel Olam hates me. For whatever reason it may be, He wants me to go through this – either as atonement or for whatever reason – but regardless, this is for my good!

Therefore, Chazal tell the sick person – you should know that in this debilitating state that you may be in, the Ribono shel Olam is still here with you. Do not give up hope and do not feel abandoned. Do not feel like an outcast.

The author brings an incident (I actually know the person with whom this happened). There was a Jew named Rav Herschel (Tzvi) Kowalsky. He was a big Talmid Chochom. He once learned b’Chavrusa (one on one study partner) with the Chazon Ish. He was the Rosh Kollel of the Socochover Kollel in Eretz Yisroel in Bnei Brak. He was a holy man. At the end of his life, when he was sick, he suffered. When people came into him, they gave him kvitlach (small pieces of paper such as are inserted between the cracks of the Kosel) containing their names and personal prayer petitions. He would take the kvitlach and put them near the top of his bed. He said the top of a sick person’s bed is like the Western Wall. Just as our Rabbis say the Divine Presence has never left the Kosel haMa’aravi, so too they tell us the Divine Presence is located by the top of the bed of a sick person.

The point we are trying to convey is that a person should never feel abandoned by G-d at the time of illness or frailty that confines them to bed. On the contrary, Chazal tell us that the Divine Presence rests at the top of the bed of a sick person.

As an introduction to the Torah’s narration of the blessings Yaakov gives Yosef’s two sons, the pasuk says, “Now Israel’s eyes were heavy with age, he could not see; so he brought them near him and he kissed them and hugged them.” [Bereishis 48:10] Prior to blessing Ephraim and Menashe, Yaakov tells Yosef “I did not imagine seeing your face, and here G-d has shown me even your offspring.” [Bereishis 48:11]

Now let us ask, when did it first happen that Yaakov Avinu found out that Yosef was alive finally saw him after their long separation? It happened at the end of Parshas Vayigash — 17 years prior to the Torah’s narration in Chapter 48 where Yaakov takes ill and Yosef brings in his two sons to their grandfather to receive his blessing. What is going on now that suddenly, 17 years later, Yaakov is commenting to Yosef that he never expected to see him again and G-d was so good to him that he showed him even Yosef’s children!? This is old news! Why is he saying it now?

The answer is that to most people, something that happened 17 years ago is old news. We tend to forget it. Man’s nature is that despite the magnitude of an event, as time goes on, it tends to become less and less memorable. We forget how amazed we were. We forget how grateful we were to the Almighty at the time for His kindness to us.

The pasuk is trying to teach us that to Yaakov Avinu, in spite of the fact that this happened 17 years ago, nevertheless, every single day he was in a constant state of giving gratitude to the Almighty for His Kindness to him. It was constantly on his mind.

“Gorgeous” — Is This The Way We Brag When Speaking About Our Children?

The final observation I would like to share is one that I heard in the name of Rav Shmuel Berenbaum (1920-2008), former Rosh Yeshiva of the Mir Yeshiva in Brooklyn, NY.

In Parshas Vayechi, when Yaakov Avinu is on his deathbed, he calls in each of his sons and gives them individualized Brochos. As we know, some of these final charges to his children do not exactly sound like blessings. However, in truth, they are all Brochos. As we have said many times, the biggest Brocha that you can give anybody is to point out to him his strengths and his weaknesses so that he will know what he should do with his life. That is what Yaakov Avinu was in effect doing over here with his sons.

Even by his three oldest sons – Reuven, Shimon, and Levi – where Yaakov pointed out their foibles, those were Brochos. He was telling them “You have these character traits and you need to work on them the future. In fact, the advice was taken to heart by the Tribe of Levi. Chazal say that Shimon and Levi were both zealots (ka’naim) and Yaakov pointed it out to them. Levi, at least, was able to perfect that attribute of zealotry. That is why the Tribe of Levi stood up for that which was right at the time of the Eigel Hazahav (Sin of the Golden Calf).

All of these Brochos have a common denominator – even though some of them sound more like blessings and some almost sound like curses – but they are all Brochos because they have one intent: To point out the strength and ability of each individual Shevet and what they should do with their lives. This knowledge is the biggest Brocho that anyone can receive.

This is fine for virtually all the Shvatim: In Yehudah, Yaakov sees Kingship, in Yissacher, he sees Torah learning, in Dan, he sees the ability to judge, etc., etc. The pattern proceeds through all the Shvatim until we get to the Tribe of Yosef. In Shevet Yosef, it does not seem – at least at first blush – as if Yaakov is saying any of Yosef’s strengths.

“Ben Poras Yosef, Ben Poras Alei Ayin” [Bereishis 49:22]. I looked up the Art Scroll translation of Ben Poras Yosef. It says, “Yosef is a charming child.” But it gets better than that. “Bnos Tza’ada Alei Shur“. Rashi interprets: The girls of Egypt would step along the wall to gaze at Yosef’s beauty. Yosef was gorgeous. He was handsome. He had, l’Havdil, the looks of a celebrity. This was true to such an extent that they treated him like a celebrity. The Egyptian girls climbed the walls to get a glimpse of the righteous Yosef.

Is this how a father talks about a Jewish child? Have you ever heard someone talk about a Chosson that way? People say: He’s bright, he’s clever, and so forth. Would someone brag and say about a son or future-son-in-law: “He is drop-dead good looking!”? Nobody talks like that. This is not the Jewish way of speaking! Yehudah is Malchus (Kingshim); Yissacher is Torah; Levi is Zealotry; Dan is Judgment. Yosef? Gorgeous! Is that a description of his inner character traits?

And then, “They embittered him and became antagonists; the masters of arrows hated him.” [Bereishis 49:23] Rashi interprets: His brothers, who had sharp-tongues like arrows, hated him.

So let us put it all together: Yosef is gorgeous; he is handsome; all the girls swooned for him; and his brothers hated him! I still don’t see the Brocha here. Where is the definition of his character traits (Kochos haNefesh)? Where are the strengths?

Rav Shmuel Berenbaum says something very interesting. It is a very current idea. People gravitate to people who love them and admire them; people tend to stay away and part company from people who do not treat them nicely and are not kind to them and do not appreciate them.

Rav Shmuel Berenbaum said this is a certain context. We are all painfully aware of a plague that has affected our community for 15, 20 or 25 years now. That is the phenomenon of the “Drop-Out” / “Off the Derech” youth. These children are raised in what seems to be wonderful homes but for some reason they just throw it all away. They leave home and hang out on the streets with the worst of people.

There can be numerous causes for this complex issue. Rav Shmuel Berenbaum suggests that one of the causes can be that such a child does not feel loved by his family, by his peers, by society, by frum society. The kids on the street – they “love” him. They treat him nicely. They treat him with respect.

Now we understand the “Brocha” of Yosef and we understand the “Kochos” (strengths) of Yosef. The brothers – the ‘religious Jews’ – they hated Yosef. They spread slander about him. They tried to harm him. He came to Egyptian society and he found the girls were swooning over him. Everybody loves him.

If you were Yosef, what would you do? “I am going to junk this ‘Yiddishkeit‘ thing. Who needs it? My brothers – the ‘frumer’? Ha! They treat me like mud! Hey! These Egyptian girls, they cannot get enough of me! So where am I going to go?” And what did Yosef do? He remained a loyal Jew. He remained steadfast to his religion, in spite of the fact that the Egyptian girls swooned and the brothers hated him.

This shows strength of character. This shows commitment. This is the same strength of character that Yosef demonstrated when he was tempted by the wife of Potiphar. He remained steadfast. He was a young man, 17 years old, with no support system, no family, and nothing to hold him back. He withstood the test. This is a strength that testifies to the nature of his personality. That is what Yaakov Avinu was emphasizing here in his blessing to Yosef. The strength of Yosef was that in spite of the fact that the daughters of Egypt, who climbed the walls to get a look at him, loved him and in spite of the fact that his brothers hated him, nevertheless he remained a faithful Jew.

This then follows the pattern of the blessings to the other Tribes –which was to point out their strengths and weaknesses which is the biggest Brocha someone can give.

This week’s write-up is adapted from the hashkafa portion of Rabbi Yissochar Frand’s Commuter Chavrusah Series on the weekly Torah portion. A listing of the halachic portions for Parshas Vayechi is provided below: