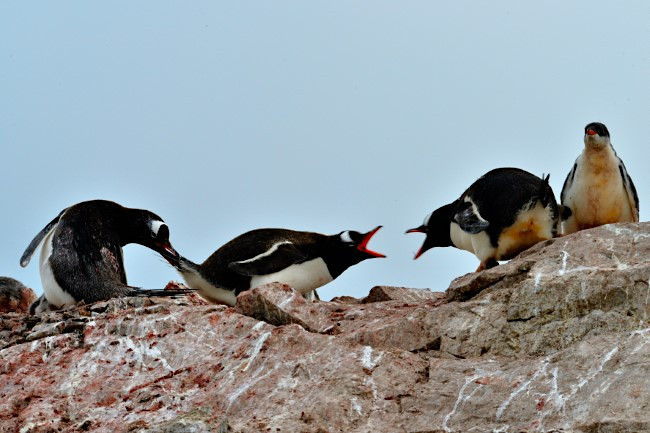 A “Tense” Exchange and the Limitations of Bilaam’s Power 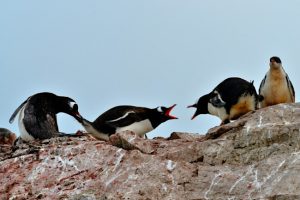 The Netziv, in his Emek She’eilah, asked why the grammar in this pasuk is inconsistent. The Netziv suggests a very interesting answer. Bilaam, as we all know, was an extremely wicked individual, a degenerate and terrible person. In fact, Bilaam DID NOT HAVE the power to bless. He was not a “Rebbe” and he could not give brochos. Bilaam had one power, and that was that he knew the moment at which the Ribono shel Olam got angry. That was his entire power—the power to curse when he knew the Almighty was angry.

No one knew this secret power of Bilaam better than Balak. Balak knew exactly who Bilaam was. He knew there was no point in asking Bilaam for a bracha for Moav, because Balak knew that Bilaam’s words were futile. But the fact is that people did go to Bilaam for brachos. Why was that? The Netziv says that the pasuk says that Bilaam was a sorcerer (Kosem) (Yehoshua 13:22)—he knew the future. Basically, he had this great racket going: People would come to him and say “Bilaam, I am sick. Give me a bracha that I should get better.” Bilaam would “consult with his sorcerer material” and see if this fellow was going to get well or not. He might “see” that this fellow was destined to recover in two months and bless him that he should get better in two months. Lo and behold, the fellow got better in two months, and Bilaam’s fame spread far and wide. On the other hand, when he would consult his sorcerer paraphernalia and see that the fellow was not going to get better, Bilaam would say to him “Sorry. I can’t help you. You are doomed.” Either way, he established his reputation as a person who possessed the “Koach HaBracha“.

But if truth be told, Balak was also a sorcerer,, and he knew that Bilaam’s whole “power” to bless was a mirage, using sorcery. Therefore, when Balak came to Bilaam, Balak said: “Listen, I know that the person you bless IS BLESSED (already). I know that is the only reason your “blessings” work, so I am not going to ask you to give us a bracha. But I know that those who you curse, they WILL BE CURSED. I can ask you to curse because you have the power to recognize the auspicious moment when the Almighty is Angry, and therefore when your curses may be effective. For this reason, I ask you to curse our enemies – Klal Yisrael.

Why Consult With the Elders of Midyan?

I would like to share an observation on a Rashi in this week’s parsha, which I saw in a sefer called Birkas Ish.

However, let us pose the following question: Suppose someone was to “Google” Moshe Rabbeinu. What might a search engine reveal about this well-known individual? “Born in Egypt. Raised in Egypt. Spent the majority of his life in Egypt. Fugitive from justice. Runs to Midyan. Occupation there: Shepherd. Spends a few years as a shepherd in Midyan. Returns to Egypt. Leads the Jewish people out of Egypt. Brings Egypt to its knees. Destroys the entire country. Has Pharaoh begging for mercy.” This might have been Moshe’s online resume. Now let us ask: Where did Moshe have a more glorious career? Was it in Midyan or in Egypt?

It would seem that if the Moavite Intelligence Agency wanted to get valuable background information about the leader of Klal Yisrael, it would have made far more sense to go ask the Egyptians, rather than the Midyanites! In Midyan, his “big resume” was a few years in the fields as a shepherd! Moshe’s glory years were clearly in Egypt. Why then did the Moavites consult with the Elders of Midyan, who might, at best, be privy to a small footnote in Moshe Rabbeinu’s career, when his major life successes took place in Egypt? Moshe was born there, he was raised there, he was part of the palace there. And look what he did on his ‘return home’! Why on earth did they consult with Midyan?

This teaches us an insight into human nature. This is an example of hatred interfering with clear logic (ha’Sinah mekalkeles es ha’Shurah). The Medrash Tanchuma says that Moav hated Klal Yisrael more than any other nation. Hate (or love, for that matter) can pervert judgement. Strong emotions get in the way of clear thinking.

Another lawyer might tell you: “Yeah! Go for it. Take the chance. You may win.” You hate the other party so much that you want to go after him in court. You know what Lawyer A is going to tell you, but you don’t want to listen to Lawyer A. Lawyer A is a better lawyer, he has a better reputation but you don’t want to hear “Don’t go after him!” You DO WANT TO GO AFTER HIM!! YOU HATE HIM!!!

Had Balak gone to Egypt and inquired “Listen, how do I deal with these Jewish people? How do I deal with Moshe Rabbeinu?” The ‘Elders of Egypt’ would have clearly responded — “STAY AWAY! They will kill you! Do you know what they did to our country? They destroyed it! Take it from us – sue for peace and don’t say another word to them. Whatever they want, give it to them and you will be better off!”

Midyan does not know this. Midyan says “Sue! Go for it! Make war!” Midyan and Egypt are like the two lawyers. Balak wants to hear what Midyan will tell him, not what the Egyptians will tell him. Moav hated the Jews and would not listen to anyone who would warn against starting up with Klal Yisrael. This is a level worse than “You hear what you want to hear.” They were on the level where they didn’t even bother asking, LEST THEY HEAR what they don’t want to hear.