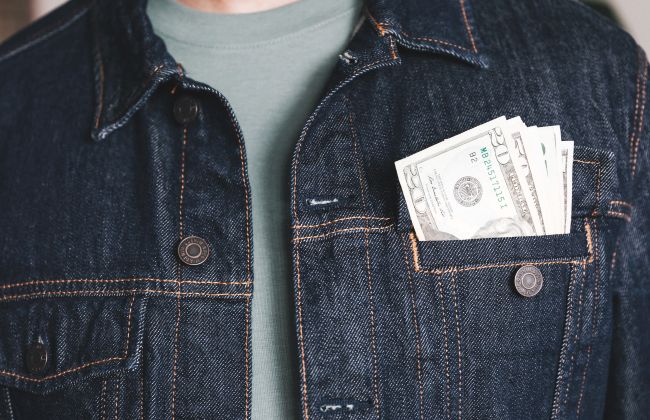 Once It’s Your Money, It Is Hard to Part With It 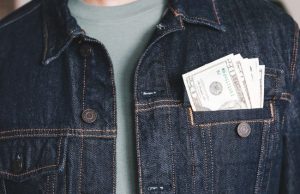 These divrei Torah were adapted from the hashkafa portion of Rabbi Yissocher Frand’s Commuter Chavrusah Tapes on the weekly portion: #1194 Your Father’s Nussach Or Your Grandfather’s Nussach. Good Shabbos!

On the pasuk “Speak to the Children of Israel that they may take for Me an offering…” (Shemos 25:2) the Yalkut Shimoni asks: How is it that the Creator of Heaven and Earth, who created and owns everything that exists in the universe, needs man to offer him anything? The Yalkut answers that He clearly does not need our gifts but rather the words here, “Speak to the Children of Israel (Daber el Bnei Yisrael) are similar to the words elsewhere in the famous Haftorah of Parshas Nachamu (Yeshaya 40:2). Dabru al Lev Yerushalayim v’Kir’u eileha – Speak to the heart of Jerusalem and call upon her – which are words of appeasement. The connotation of Daber in our pasuk is not a stern commandment, but rather it implies appeasement—cajole them into giving money to the Mishkan.

Apparently, the expression Dibur can also imply piyus (appeasement). The striking fact about this Yalkut Shimoni is that after the Destruction of the Bais Hamikdash (the time period that the prophet Yeshaya addresses in that Haftorah), Klal Yisrael certainly needed to be spoken to in a soft and encouraging voice. They had just lost everything. The Beis HaMikdash was destroyed. Hundreds of thousands of people were killed and exiled. They were in galus and they were starving. They needed words of nechama (consolation). So, we understand Dabru al Lev Yerushalayim v’Kir’u eileha to be words of appeasement.

But over here in Parshas Teruma, why does the Medrash say that Moshe needed to speak to them softly, to mollify them and appease them? What is the comparison between merely asking people for money and offering them comfort after an unprecedented national tragedy?

The Tanna d’Bei Eliyahu shares the same concept. “Once Bnei Yisrael accepted the Dominion of Heaven with joy by saying ‘All that Heaven speaks, we will do and we will listen’ – the very next parsha is “Speak to the Children of Israel and take for Me an offering.” Here too, one of the most glorious moments in the history of the Jewish people—their utterance of the famous pledge “Na’aseh v’Nishmah“—is seen as a trigger for the Almighty giving them yet a further opportunity to draw close to Him: Now that they are inspired and they are rearing to go – now is the opportune time to ask them that they should take for Me a Teruma offering. As if to say, “Strike while the iron is hot.”

What is the interpretation in both of these teachings of Chazal?

The answer is that we see from here one of the great truths of life: It is very hard to get people to part with their money. This does not come as a surprise to anyone who has ever tried to raise money for anything. People like their money, and they don’t want to part with it. Therefore, the short answer to this question is that the reason they needed appeasement (piyus) is because they were being asked for money. Likewise, the reason Moshe was told “chap arayn” (e.g. — Act now! They just said Na’aseh v’Nishma, quickly go ask them now for money) is because if that mood of enthusiasm and spiritual elevation is allowed to dissipate, it will be much harder to get them to part with their gold and silver.

This nugget of wisdom is encapsulated by Shlomo HaMelech in Mishlei (19:22): “Longing for a person is his kindness (ta’avas adam chasdo), but a pauper is better than a (rich) man who deceives (v’tov rash m’ish kazav).” The commentaries explain this pasuk. Many times, we think that if we had tons of money, how generous would we be! Oh how much money would I give to every needy institution in the world!

Every once in a while, a Power Ball lottery reaches $300,000,000 or $350,000,000. Have you ever fantasized what you would do with that money? I have! I would not quit my job. I love my job. I would still work because there are certain things I like to do. But I would like a Learjet because I hate going through TSA and having to take my shoes off each time I board a commercial flight. Beyond the Learjet, I am not sure what I would want. Perhaps, an apartment in Eretz Yisrael, perhaps in a prime location in the Old City. Maybe a couple of other things, but that is basically it.

Let us take off $20,000,000 for these few items. I am still left with $330,000,000. What am I going to do with that? Everyone thinks, “I would build for every Mosad in town the kind of building they would like to have. I would pay all the Rebbeim fantastic salaries. I would give away huge sums of tzedaka. I would have my own gabbai tzedaka to distribute my wealth appropriately.”

Shlomo HaMelech says that the Ribono shel Olam knows that whenever someone has something in the abstract—the 350 million dollars that he is GOING TO WIN—then he is a great baal tzedaka. But when people actually have the 350 million dollars, something happens to them. This is what the pasuk testifies: ta’avas adam chasdo. Everyone pretends that his desires are to dispense chessed (if and when they had the wherewithal), but the Almighty says “I would rather have an honest poor man than a rich man who has hallucinated prior to obtaining his windfall.” Once you get it, then it becomes YOURS and it becomes very hard to part with.

On the one hand, we could think – why would it be so hard for Klal Yisrael to part with their money? Did they earn it? Did they work for it? They received the silver and gold as presents. They all left Egypt with donkeys laden with gold and silver. They were fabulously wealthy from the spoils of Egypt and the spoils of the Yam Suf. Furthermore, for what did they need money? Their garments did not wear out. They did not need to buy clothes and they did not need to buy food. They didn’t need to pay health insurance, rent or tuition. For what did they need the money?

Finally, he asked, “And if you had two chickens what would you do?” The response was “I would keep both chickens.” Stalin asked, “You were willing to give me the cows, the houses, the cars, and the planes, but not the chicken not! Why is that?” The comrade answered: “True. Because I don’t have a cow, a house, a car, or a plane, but I have two chickens!” If you have the two chickens, you don’t want to part with the two chickens because you have it, and once you have it you can’t part with it.

The Chofetz Chaim asked the secretary to find out what the story was behind this donation. The secretary investigated and contacted this donor based on his return address and asked him why he sent five hundred rubles through the mail. He said, “I was about to make a deal and I thought to myself, “If this deal goes through, I am going to give five hundred rubles to the Yeshiva in Radin.” The deal went through, but it was already late in the evening when the deal went through. The banks were closed. I could not get a money order. I could not get a check. At first I figured I would wait until the next morning to send the money in the normal fashion. But then a little voice went off in my head: “And if you gave fifty rubles to the Chofetz Chaim’s Yeshiva, they would not be happy?” I started thinking that fifty rubles is a lot of money. Why do I need to give five hundred? I saw myself weakening. I saw that if I waited until the next morning, it would not even be fifty rubles, it would be five rubles. So, I took the cash and put it all in an envelope and sent it.”

He knew that if he waited any longer, he would not be able to part with his money because that is the way human beings are. It is hard to part with your money.

That is what the Medrash says: Speak to the Children of Israel—Lashon piyus, a language of appeasement and mollification, as it is written, “Speak to the heart of Jerusalem”.

Rav Aharon Kotler zt”l once commented that (according to Chazal) the pasuk in Tehillim refers to those who observe Shmittah as Giborei Koach (Tehillim 103:20), mighty people. The Torah promises that if someone keeps Shmittah, then in the sixth year he will see a bountiful crop that will last him for the sixth year, the seventh year, and even the subsequent year. If he just had a major windfall in his sixth year’s crop, why is it so hard to take off the seventh year, such that one who does so is called a mighty person?

Rav Aharon said that this is human nature. The farmer will say, “Yes I had a windfall last year – double and triple my normal income, but imagine if I work the seventh year also. How much larger an income will I have then?” It is very difficult to walk away from that. That is why the Shomrei Shevi’is are called Giborim.

This is what Shlomo HaMelech meant when he said those words “Ta’avas adam chasdo” – A person can talk big, but “ v’tov rash m’ish kazav” – the Ribono shel Olam prefers the poor person, rather than the rich person who talks big, but when he writes the check, he suddenly becomes a deceitful man.