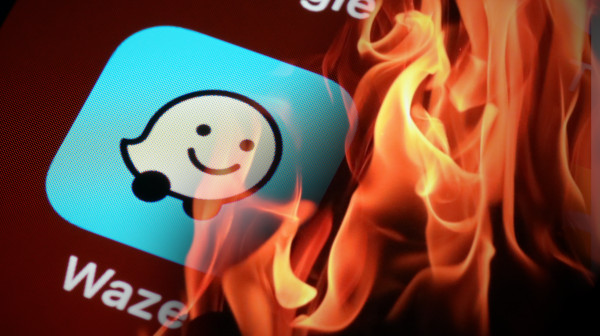 Where Waze Won’t Look For Gehinom 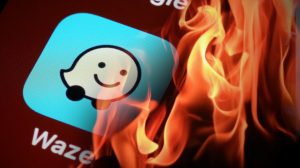 You shall love your fellow as yourself[2]

Chief among principles is that a person should not live a simple, uncomplicated life. Too many simply go with the flow, following the values and goals of “the street,” opening themselves to all sorts of non-Jewish influences. Even when such people turn to learning, they fail to grasp its depth, because they cannot comprehend what it is really about. They see Torah as just a “religious” matter.

Ask the average frum Jew why we don’t routinely go out, looking for poor people to help. The response you get will most likely be, “Such behavior is wonderful, and befitting someone like Avraham Avinu – but not us.” This response is sourced in living the simple life, grounded in the values of “the street.”

The key idea here is a stark reality conveyed pithily by Chazal.[3] “The distance between Gehinom and Gan Eden is but a hairbreadth.” This means that when you move away from the pristine purity of Gan Eden, you do not walk along a long road before you get to evil. If it is not Gan Eden, then it is evil. That means that it belongs to the province of Gehinom. If an ani visits our home, and we give to him generously, there is no assurance that we are on the Gan Eden side of the situation. Indeed, the thought often crosses our mind that it would have been better had the ani’s shadow not darkened our walls. We don’t betray any of this to the ani, or to anyone around. But this is not the kind of giving that the Torah fully endorses. That means – putting it in strong, stark terms – we are, in a manner of speaking, resha’im, and reside in the Gehinom district.

The 24,000 students of R. Akiva who perished were “grudging” towards each other.[4] When R. Akiva picked up the pieces, he turned to seven students, and warned them not to act like their predecessors. They obeyed, and succeeded in “filling Eretz Yisrael with Torah.” The grudging eyes of the 24000, however, prevented them from filling the Land with Torah; i.e. they were grudging as well about sharing their Torah. This is a variation of the theme of running to look for an ani. If we are not prepared to proactively search out people to whom to teach Torah, then Hashem considers us to have a grudging eye. If we don’t have a wildly generous eye about spreading Torah, we’ve crossed the line to the Gehinom side.

This, ultimately, is the lesson of our pasuk. “As yourself” is neither a literary flourish, nor a goal aspired to only by the purest souls. Ramban sees it as defining the halachic obligation. There are, he says, people who want everything good for their fellow. They want to see their fellow succeed in all measures, bar none. They should be blessed with happiness, with wisdom, with health, with children that make them proud. They are unstinting in what they wish for their fellow. Well, almost unstinting. They want all those good things, but they would like to see themselves as having just a wee bit more than their friends in some area or other. The Torah instructs us here to banish such “lowliness” from our hearts.

Can such generosity of spirit – sincerely wishing huge success to everyone in all areas – be called “lowliness?”

Yes, indeed. If the attitude does not belong in Gan Eden, then it comes from Gehinom.