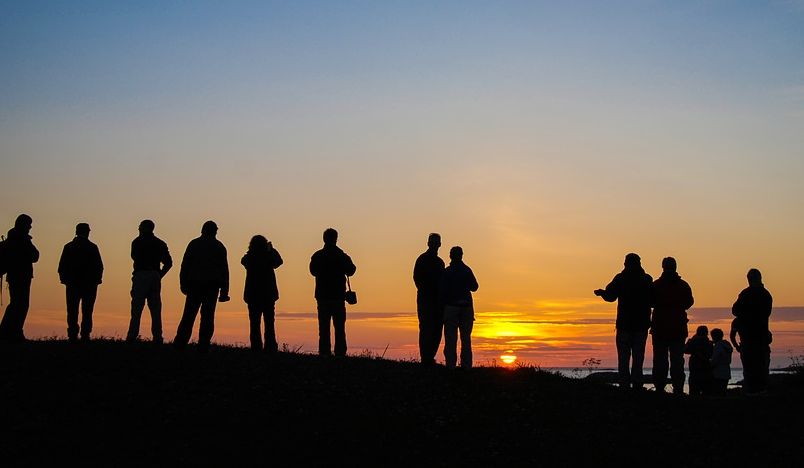 The Greatness of Man 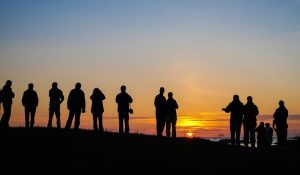 “If a man shall commit a crime whose judgment is death, he shall be put to death, and you shall hang him on a tree.” — Devarim 21:22

The punishment of stoning

Of the four capital punishments in the Torah, the most severe is s’kilah. After being killed, the criminal is hung publicly for all to see so that others will learn not to do as he did.

Yet the Torah warns us that his body should not remain hanging for too long. He must be buried that day because it is an embarrassment to the King to let him hang.

Rashi explains: “It is an embarrassment to HASHEM to have a human being hanging because man was formed in the image of HASHEM. Since the Jewish people are called `sons of HASHEM,’ the shame is even greater. Therefore, the body must be taken down that day before sunset.”

Rashi then gives a moshol. This is comparable to identical twins. One brother rises through the ranks and eventually becomes king. The other brother turns to a life of crime. Eventually, the hoodlum is caught and hung. Since he is identical to the king, anyone passing by would proclaim, “Look! The king has been hung!” not realizing that it is actually his twin. Rashi explains that it is for this reason that the Torah commands us not to leave the body hanging too long. A person is made in the image of HASHEM, and it is an embarrassment to HASHEM to leave His likeness hanging.

This Rashi is very difficult to understand. This moshol implies that one passing a hanging human would on some level mistake him for HASHEM.

This seems preposterous! No one would mistake man for HASHEM. HASHEM created the heavens and the earth; man can barely make it through his day. HASHEM lives on for eternity; man puts his head down to sleep, not knowing whether he will ever awaken. How can anyone mistake man for the Creator? What is Rashi trying to teach us with this moshol?

The answer to this question can be found by understanding a different perspective of man.

If you ride the elevator to the 86th floor of the Empire State building, you will find a gift shop selling models of the very building that you are standing in. Those are replicas. A replica reminds a person of the original. Granted it is in miniature, and granted no one would mistake it for the original, but it carries, almost in caricature form, some reminiscence of the original.

A flag, on the other hand, is not just a piece of cloth that reminds us of a particular country. It stands for and symbolizes the nation itself. It is a representation of the county. The American flag is not allowed to touch the ground. It would be considered an affront to the people it represents. So too, a throne is more than a seat the king sits upon. It embodies the distinction and nobility of the king. If one sits on the king’s throne, it is an affront to the king’s honor.

If the Torah were teaching us that man was a replica of HASHEM or even a representation of Him, it would be a huge perspective change in the way that we view man. Rashi seems to be saying that man is far more than a replica of HASHEM, and even more than a representation of HASHEM. Man is in a completely different category. To understand this Rashi, we must understand the role that HASHEM gave man in the universe.

All physical manifestations have a spiritual counterpart

Chazal explain to us that all physical manifestations have a spiritual counterpart. The spiritual counterpart of Creation is maintained by man. If he accomplishes his mission in the world, he elevates himself and the world along with him. If he doesn’t live up to his role, then both he and the world that depends upon him become damaged. In the case of Adam, one sin caused a radical change in the destiny of the world and mankind. HASHEM placed the “keys of Creation” into man’s hands.

We don’t see this because we look at the world in its physical form and see a static existence. Physicality is. Matter exists. A solid piece of wood is unmoving and inert. However, if you were to ask a scientist about that seemingly solid piece of wood, he would tell you it is actually comprised of electrons spinning around in constant motion. There is far more to it than meets the eye.

Man as a partner in Creation

This is what Rashi is adding with his moshol. If one truly understood the basis of the universe, he would see that man is far greater than even a replica or representation of HASHEM. Man is so great that he could almost be mistaken for a creator.

The Torah is teaching us to view man in a very different light. We should look at man and gasp, “That is a man! Man is created in the image of HASHEM! How much honor and accord is due to that great person!” Obviously, this concept will greatly affect the way we treat others. But just as significantly, it will impact the way we view our own potential and how much we should come to expect from ourselves.