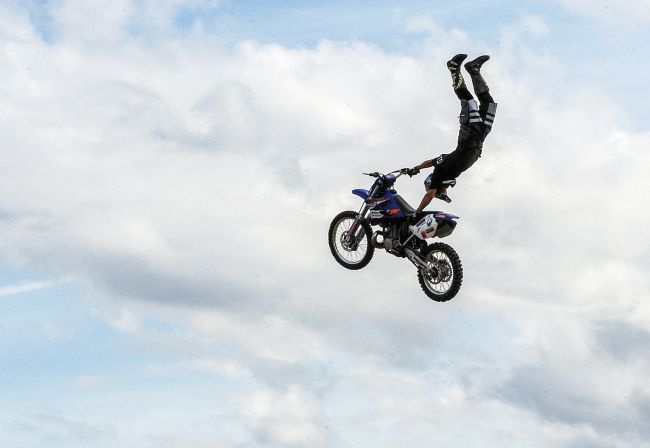 Pushing the Limits for a Mitzvah 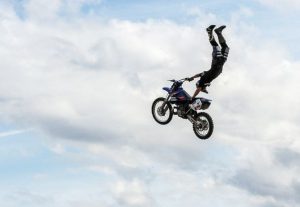 This is the workmanship of the menorah, hammered out of gold, from it base to its flower, it is hammered out; according to the vision that HASHEM showed Moshe, so did he make the Menorah. — Bamidbar 8:4

Moshe Rabbeinu was charged with the construction of the Mishkan, the dwelling place of HASHEM in this world. While the components of the structure are physically complex, the kavannas — the specific intentions required during the process of building it — are even more intricate.

The most complicated of all of the vessels was the menorah. Its design was so elaborate that even after HASHEM taught Moshe how it was to be built, Moshe still didn’t understand its unique nature and was unable to form it. Therefore, HASHEM showed Moshe an image of a menorah made of fire so that Moshe could actually see the finished form and imitate it.

Yet Rashi tells us that when it came time for the construction of the menorah, Moshe still could not fathom its structure and was unable to fabricate it. HASHEM said, “Throw the clump of gold into the fire, and it will form by itself.” This is how the menorah was created — on its own.

This Rashi is perplexing. Since the menorah was so intricate that Moshe could not understand its inner nature and how to form it, then why did HASHEM bother to show him the image of the menorah in fire? HASHEM knew that Moshe wasn’t going to be able to create the menorah himself. He knew that in the end it would have to come about by Moshe’s throwing the clump of gold into the fire. If so, why did HASHEM show Moshe the image of the menorah so that he should understand how it was to be formed? Clearly, creating the menorah was beyond human capacity. Why did Moshe need to have a clear image of what it was to look like?

Balance of bitachon and hishtadlus

One of the basic facts of life is that HASHEM runs this world. While it may appear that man is in charge, HASHEM orchestrates every activity on the planet. As we say in the first Ani Mamin: “HASHEM did, does and will do all actions.”

The question is: what is man’s part? If HASHEM determines all outcomes, how is man supposed to act? What is his role?

How much effort should I put in?

The Chovos Ha’Levovos teaches us that we are obligated to act b’derech hatevah – in the ways of the world. In other words, we are obligated to go through the motions as if the results are dependent upon us, knowing all the while that the outcome is completely out of our hands.

We work for a living, knowing that the amount of money we are to make has been set on Rosh Hashanah. We go to doctors when we are sick, even though we know that our health is determined solely by HASHEM. We are obligated to go to great lengths to protect ourselves even though we know that whether we live or die has been predetermined. We put in our effort, knowing all the while that it is HASHEM’s world and that He alone determines the outcome.

When we accomplish something, the results are credited to us even though we are fully aware that HASHEM was the One Who did it all. We merely went through the motions.

Answer: Why Moshe needed to see the image of the menorah

This seems to be the answer to the question on Rashi. HASHEM wanted the menorah to be constructed by man. However, even the greatest of men couldn’t comprehend how to make it. So his hishtadlus was to do all that he could and then rely on HASHEM for the rest. Moshe would put the gold into the fire, and the menorah would form on its own. Moshe used the system that HASHEM created to bring forth the menorah.

This concept has great relevance to us in a number of ways. The first is that in all of our involvement in this world, we need to have a clear plan of action, a “business plan” that according to the ways of the world makes sense. With that in hand, we set off on a path with a vision of its fulfillment, all the while knowing that the outcome is completely in the hands of HASHEM.

Nevertheless, there are many situations in which we reach a point where there is no clear path to follow. Whether it be deciding from two almost identical career choices, determining which medical “expert” to listen to, or deciding which school to enroll our children in, we are obligated to be responsible, use our best judgment, and determine according to the ways of the world what is the best approach. Once we have reached that point, we “throw our clump of gold into the fire.” We rely on HASHEM to bring about the results that He has predetermined to be the best for us.

However, this Rashi seems to be showing us that when it comes to a Dvar Mitzvah, the rules change somewhat. There will be times when a person sets out to accomplish something for the tzibbur, whether it be starting a Yeshiva, giving a shiur, or beginning a chessed project, and he sees no clear path to follow. Either the odds against it are too great, or the mountain is to high to climb, and he can’t see how to make this happen. If this were a mundane project, it could be that he wouldn’t be allowed to move forward. However, if this is a holy project, then the rules of engagement change a bit. Provided, that he has a clear image of what it is that he setting out to accomplish, and he has an image of the finished product, he may be permitted to step forward and allow HASHEM to bring things about. He has to throw his lump of gold into the fire, relying on HASHEM to bring his efforts into fruition.