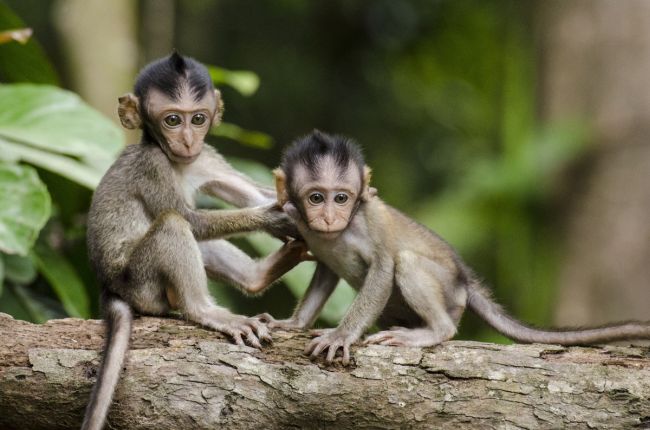 The Religion of Evolution- Just Keep the Faith 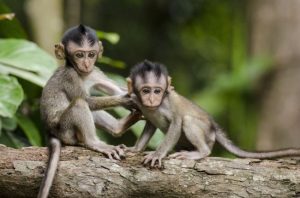 “You shall not pervert judgment, you shall not respect someone’s presence, and you shall not accept a bribe, for the bribe will blind the eyes of the wise and make just words crooked.” – Devarim 16:19

The mitzvah of appointing judges

The Jewish nation as a totality was given the mitzvah of appointing judges. These judges were commanded to mediate with righteousness according to the Torah’s laws. One of the rules of a judge is that he may not accept a bribe because a “bribe will blind the eyes of the wise.”

Rashi is bothered by a question: the Torah already commanded the judges to rule honestly with the expression, “Do not pervert justice.” There is no need for a second prohibition against accepting bribery. The purpose of a bribe is to cause the judge to ignore the truth and change the verdict. That is certainly included in the requirement of not perverting justice. So why does the Torah write a second prohibition specifically warning judges not to accept bribes?

Rashi answers that the prohibition of not accepting bribery refers even to cases in which the judge fully intends to rule fairly. If a shofet plans to accept a bribe but not to allow it to influence his decision, the Torah forbids him from doing this. The nature of bribery is to pull his heart, and it is impossible to remain unbiased once he has received a bribe. The Torah is teaching us that even if he wants to judge honestly, it will be impossible for him to do so because once he accepts a bribe, against his will he will favor the one who bribed him.

This Rashi is difficult to understand. Assuming we are dealing with an experienced, skilled judge who is well-versed in law and the proceedings, why can’t he accept a bribe and still judge honestly? The facts are the facts. Either the man is guilty or innocent. Either he owes the money or he doesn’t. Why can’t a judge make up his mind that the money is the money, but I will not allow this to affect my ruling in this case?

The wind made it

The answer to this question can best be understood with a moshol. Imagine that you find yourself in a junkyard in the backwoods of Tennessee. You look around and see piles and piles scrap: old refrigerators, a rusted-out stove top, entire cars demolished. Everything is all strewn about without any order. Then suddenly you see something out of place: a brand new Dell laptop computer — red color, no less. You pick it up and you see that it is unscratched and in perfect working order. You turn to the owner of the junkyard, a rather primitive fellow, and innocently ask, “Where did this come from?”

“Oh,” he responds. “I don’t know if you heard, but we had us some fierce winds here last night.”

“Yeah, some real gusters. I came this morning and things were all blown about, and then I saw that there computer, so I rightly figured that the winds just sort of blew the pieces together.”

You look at the fellow incredulously and ask, “The wind blew the pieces together?”

At that point, you say to the man, “Sir, I don’t mean to be rude, but there is a monitor and a fully functioning mouse. I turn it on, and the fan kicks in. And the keyboard! How do you explain the keyboard? Look at it, QWERTY, in perfect order!”

“Listen, fella,” he responds. “I’m not saying it’s likely. I’m just saying things happen. There was a huge nor’easterner last night, it blew things all around, and this is what happened.”

At this point, you recognize that there is little point in continuing the discussion because the man clearly isn’t speaking sense.

This is a very apt moshol to phenomena that we regularly experience. We will have conversations with intelligent, well educated people who will tell you that the world evolved. Everything that you see, from the flower to the bee, from the oceans to the mountains, rivers, planets, the sun, the moon, and the stars, all just sort of happened. No designer. No Creator. It just began with a Big Bang and all of the wonder of this infinitely complex world came into being. The uniformity, the complexity, the harmonious systems, the universal laws of physics, just happened. Just a lucky roll of the cosmic dice and a hundred billion galaxies, each one containing a hundred billion stars – just occurred. It becomes very difficult to argue against such a position. Where do you begin?

But if we carry the moshol to its next step, we see the question deepens dramatically.

Who wrote the code?

A computer doesn’t have a brain. It is a machine that processes data as directed by software programs. That software is actually coding. Beginning with the most basic commands all the way up the most complex, software engineers write line after line of code. If this, then that. If this, than that. . . The writing of code is very time consuming and tedious, and it must be exact. One mistake in the flow of logic, and the program hits a dead end.

When the computer industry was young, software programs were measured in the amount of hours it took to develop them. 100 hours? 200 hours? As the industry developed, the programs became so complex that single individuals could no longer write them; entire teams had to be dedicated towards the task. Now they no longer could be measured in hours, but estimated in man years. Assuming that we put a team of twenty programmers to work full-time on this project, how many years will it take them to complete it? 10 man years? 20 man years? The software that runs today’s computers is based on compilations of thousands of man years of coding.

Now let’s go back to our moshol. Imagine that we were to ask the junkyard owner a very pointed question: “I will grant you the monitor and the six cell battery. I’ll even give you the four-color Windows decal on the keyboard. But who wrote the code? Who programmed the thing? When you turn on that laptop and launch a program, hundreds if not thousands of man years of programming went into that software. Where did it come from? Did the wind sit there and write line after line of complex, intricate instructions? Who wrote the code?”

The religion of evolution

The nimshol of this is that the same people who tout evolution as a religion are also aware that physical life itself has exact rules. Every cell in the human body is directed by the DNA coding. The simplest amoeba is far more complex than any machine ever devised by man. A human baby is so much more infinitely complex than an amoeba that it defies a relationship. The trillions and trillions of cells of the body are all specific, all organized into organs and systems with each one perfectly in place, each one playing its part. How can anyone possibly think that it just evolved? Who wrote the code?

The answer to this is quite simple: HASHEM created man with free will, free will to believe or not to believe, to accept or not to accept. With the capacity called free will was included this most amazing ability to accept the most far-fetched, ludicrous positions as long as it fits into my agenda.

This seems to be the answer for Rashi. The Torah is teaching us that the human may be brilliant and wise, but he has a weakness. His pure judgment can be easily influenced. If a man accepts a bribe, it will color his vision. He will lose his detached sense of judgment and will no longer be able to rule objectively. He may think that he won’t be influenced, but it is human nature to be pulled, and he will no longer be capable of objective clarity. He will be blinded.

The application of this Torah concept is clear in what we witness today as the blindness of man staring into the brilliance and wonder of Creation and mouthing the words, the “wonders of evolution.”