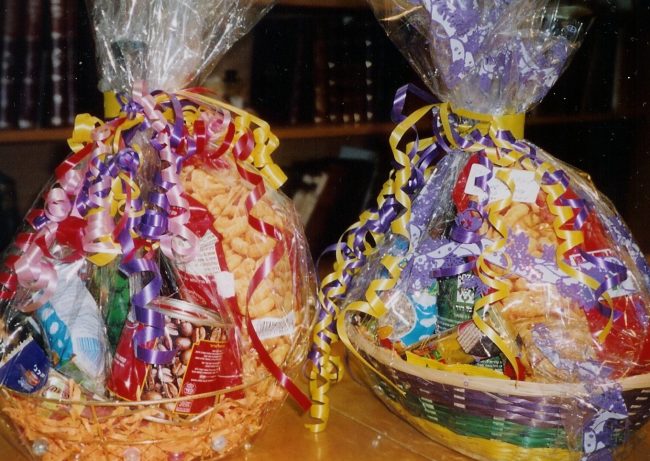 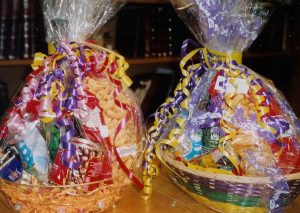 Mordechai and Esther, with the approval of the Rabbis of the time, introduced a mitzvas assei(1) which obligates every person to send two different kinds of foods to one friend on Purim. Two basic reasons are given for this mitzvah:

There are impoverished people who are too embarrassed to collect tzedakah for themselves and will therefore not have food for the seudas Purim. By establishing a system whereby everyone receives packages of food on Purim, the rabbis ensured that even the most reticent of individuals will have food for the Purim seudah(2).

Sending food to a friend or an acquaintance is an expression of goodwill and fraternity. On Purim we wish to instill and perpetuate these feelings(3).

Nowadays, we are witness to a marked proliferation of mishloach manos. Although mishloach manos is a relatively easy mitzvah to fulfill, if one is unaware of the halachos, he could send dozens of mishloach manos and still not properly fulfill the mitzvah. In addition, a clear distinction must be drawn between the minimum requirements for fulfilling the mitzvah, and the hiddur mitzvah, the more exacting form of fulfilling the mitzvah. There are also some little known halachos which are important for those who wish to fulfill the mitzvah according to the views of all the poskim. We have thus split the halachos into two parts – the first part discusses the basic rules, and the second part discusses chumros and hiddurim for those who wish to embellish upon this once-a-year mitzvah.

Some poskim hold that children over 13 – even those who are being supported by their parents – are obligated(9), while others exempt them since they do not own anything in their own right(10).

Parents should educate their children in the mitzvah of mishloach manos as they do with every mitzvah(11).

2. What to send: Any combination of two kinds of food(12), or one food and one drink(13), or two kinds of drink(14), is sufficient. Two pieces of the same food are considered as one food(15). Some poskim(16) specify that the foods be ready to eat and require no further cooking, while others(17) allow even uncooked foods to be sent.

3.To whom to send: To any Jewish(18) adult(19), wealthy or poor, with whom you are acquainted or to whom you are related. Although men should send to men only and women to women only(20), families may send to each other(21).

A mourner must send mishloach manos – even if he is in the middle of shivah. A mourner should refrain from sending “items of simchah” (items that elicit laughter and merriment)(26).

1. What to send: One should send foods which will be eaten at the seudas Purim(37).

A wealthy person who sends inexpensive items of food does not fulfill the mitzvah. In order for his mishloach manos to be considered as an expression of friendship, its cost must be relative to the sender’s wealth(38).

One who sends inexpensive food items to a wealthy person does not fulfill the mitzvah, since such items are meaningless and unappreciated by him(39).

The minimum amount of mishloach manos is a meal’s worth, about 6-7 fl. oz. of food(40). Other poskim require that one send no less of a meal [in volume] than one would normally serve a guest(41).

Two different kinds of fruit are considered as one food(44).

Two different kinds of wine, e.g., red wine and white wine, are considered as one kind of drink(45).

It is better not to send an item which the sender himself would not eat because of kashrus considerations(46).

To whom to send: One who sends mishloach manos as acknowledgment of a favor rendered to the sender does not fulfill the mitzvah(47).

One who sends mishloach manos to his enemy(48) or to a complete stranger(49) does not fulfill the mitzvah.

It is questionable if mishloach manos can be sent to one who is too drunk to be aware of having received them(50).

2. When to send: The mishloach manos should be sent as early as possible, but not before the reading of the megillah on Purim morning(51).

One who is traveling and will not be home must still send mishloach manos and cannot rely on a messenger or his family in another city to fulfill his obligation(52). If, however, he specifically appoints another person to send it for him, that is sufficient(53).

3.How to send: The two kinds of food or drink should not be placed in one utensil (plate or bowl), since the utensil combines them into one kind(54).

1 The poskim (see Achiezer 3:73) refer to this mitzvah as a mitzvah mi-divrei kabbalah, a rabbinical mitzvah which is incorporated into the written text (Esther 9:22). Accordingly, we do not say safek d’Rabbanan l’kulah in regard to the mitzvos of Purim (Tzafnas Panei’ach to Rambam Megillah 1:1).

10 Responsa Kinyan Torah 1:132. It follows that if the children have their own possessions, then they are obligated like any adult.

11 Pri Megadim 695:14; Eishel Avraham 695; Kaf ha-Chayim 695:57. This means that parents should give their children food or money so that they can fulfill the mitzvah ??Chanoch l’Na’ar, pg. 66. See, however, Kinyan Torah 1:132 who holds that it is sufficient chinuch to allow the children to deliver the mishloach manos.

36 The following is a list of hiddurim that, if possible, one should follow for at least one set of mishloach manos so that he fulfills the mitzvah in accordance with all views. See note 1.

37 This is because the main purpose of mishloach manos is so that everyone will have a proper Purim meal,?see Ma’asei Rav 249.

43 Beis Yitzchak (Megillah 7b) based on the words of the Shelah.

44 See Rosh Yosef (Megillah 7a, quoted in Nitei Gavriel, pg. 107) who does not clearly decide this issue.

51 Based on Mishnah Berurah 692:1 who says that the shehecheyanu recited at the daytime reading of the megillah applies to mishloach manos as well. Additionally, there is a view that holds that one who sends mishloach manos before the megillah does not fulfill his obligation altogether (Nitei Gavriel, pg. 125 quoting Tikkun Moshe, pg. 92).

54 Ben Ish Chai, Tetzaveh 16 and in Torah Lishmah 189. Most poskim are not concerned with this.