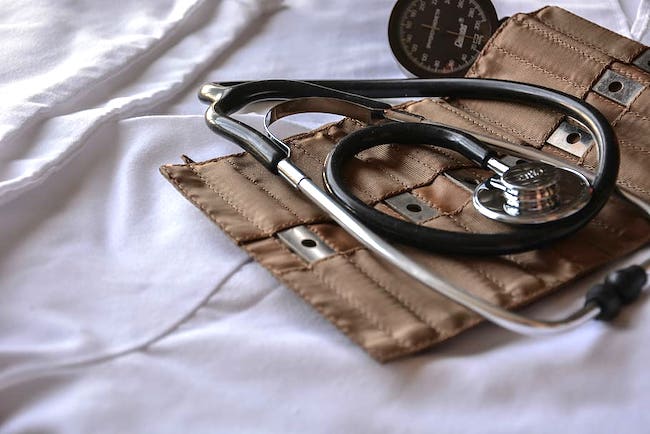 The Healer Is On-Call 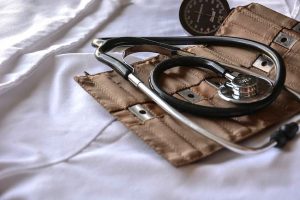 The ten days between Rosh Hashana and Yom Kippur are referred to by our Sages as the “Aseres Y’mei Teshuva” – “ten days of repentance”. This concept is alluded to in the verses. The Rambam records that during this period Teshuva is more effective.1 The mitzva of Teshuva can be performed throughout the entire year; what is the significance of this time period that makes it more auspicious for repentance?

The Rambam, in his magnum opus, “Yad Hachazaka” records the principle of “bechira chofshis” – “free choice” in the Laws of Repentance.2 Free choice is the very basis of our relationship with Hashem. Without the ability to choose right over wrong there could not be a system of reward and punishment. Why then does the Rambam wait until the Laws of Repentance which are found at the end of the first section of the Yad Hachazaka to discuss free choice, and not include it in the chapter “Yesodei Hatorah” – “Fundamentals of the Torah” which is found at the beginning of the section?

Modern psychology eschews the belief that most negative behaviors are symptomatic of greater problems which lie embedded in a person’s psyche. Therefore, psychologists deal with a patient’s past experiences, in the attempt to expose the cause which precipitated the current behaviors or attitudes of the individual. For example, a person slandering and deprecating others could be indicative of his own low self-esteem, while an abusive personality could be manifest in one who himself was abused. It would seem that the law of repentance completely ignores this notion. The Rambam elaborates upon the definition of complete repentance, allotting ten chapters to the subject; the penitent is required to desist from the action, show remorse and verbally express that he has sinned before Hashem, committing never to do so again. His motivations and past experiences that are the underpinnings of his actions are never mentioned. If the psychological principle is well-founded, failing to address the underlying issues ensures that the behavior will be repeated. Why is the root of the problem not addressed? Do our Sages not agree with the entire concept of psychoanalysis?

The Talmud states that Shaul, who erred with one transgression, was sentenced to death by the Heavenly court and had the Monarchy removed from his family. David, who erred on two occasions, was given a reprieve, allowing the Monarchy to endure within his family. David was held accountable for having taken Bas Sheva away from her husband Uriah and for taking a head-count of Bnei Yisroel, which is prohibited by Law, and resulted in the death of seventy thousand men.3 Both of these acts of commission appear to outweigh the sin of Shaul, who was overly compassionate, sparing the life of Agag the Amalakite king and the Amalakite livestock, an act of omission.4 The Maharsha questions why David was dealt with preferentially when his transgressions appear to be of greater severity than Shaul’s.5

After the sin of Bas Sheva, Nosson the prophet approached David, rebuking him for his transgression. David responded “chatasi laHashem” – “I have sinned to Hashem”.6 Shaul too, when rebuked by the prophet Shmuel, replied “chatasi ki avarti es pi Hashem” – “I have sinned, violating Hashem’s word”.7 Although there appears to be no difference between the contrition of Shaul and that of David, the answer lies in Shaul’s subsequent words, “ki yareisi es ha’am va’eshma b’kolam” – “for I was fearful of the nation, bowing to their demands”.8 Whereas David simply stated “I have sinned”, Shaul attempted to offer a reason for why he acted in the way that he did, claiming that it was due to the pressure of the people. By attempting to offer an excuse, Shaul was abrogating his responsibility for the transgression. The most important element of Teshuva is accepting complete responsibility for our actions and not attempting to shift the blame. David was therefore offered a reprieve, having repented completely, while Shaul was not, for his penitence was lacking.

Focusing upon past experiences and connecting them to present behaviors often leads to the abrogation of responsibility. The Torah wants us to focus only upon our actions when doing Teshuva, since we are expected to take complete responsibility for the transgressions we have perpetrated. Any attempt during the Teshuva process to identify the behavior as a manifestation of a past experience is, in actuality, an attempt to mitigate blame for our actions. Therefore, the Rambam includes the principle of free choice in the Laws of Teshuva, for it is the ability to choose right from wrong that holds us completely accountable for our choices. Having proclivities or propensities from past experiences does not affect our ability to choose the right course of action. Past experiences or personality traits only make it a greater challenge to do the right thing; a person does not have the right to say that he acts the way he does because that is who he is. Unless a person meets the Halachic criteria that renders him legally incompetent to make decisions, he must hold himself completely accountable for all his decisions.

Psychological analysis can be beneficial when used to determine a person’s challenges and the way in which he should address them. But, when used to deflect responsibility, it is harmful, for the behavior becomes entrenched within the person and creates excuses for his actions.

The Talmud teaches that there are two forms of “refu’ah” – “healing”, the healing of sickness and the healing that follows Teshuva, as is stated in the verse “veshav verafa lo” – “and he will repent and he will be healed”.9 It is generally understood that this form of healing addresses the healing for the damage to our souls which is caused by the sins that we perform. However, this healing can also be understood as the healing that Hashem affords us after Teshuva, to remove those underlying forces which created our propensity to act in a sinful manner.

During the ten days of repentance, Hashem, who is our Healer, is closer to us and waiting for us to call upon Him. Therefore, during this time it is easier to remove the underlying causes of our malevolent behavior. Hashem will remove these causes, as long as we take complete responsibility for our actions

The Talmud teaches that all shofros are acceptable for fulfilling the required blasts on Rosh Hashona, except the horn of a cow. One of the reasons given is that a prosecutor cannot act as a defender. The shofar, which is the vehicle through which Bnei Yisroel is protected, cannot be taken from a cow, which symbolizes the sin of the Golden Calf.1 The Talmud explains that the effect of the shofar is analogous to that of the Kohain Gadol entering the Holy of Holies on Yom Kippur. Therefore, the shofar has the same restrictions. Normally, the Kohain Gadol wore eight garments, four of which were linen and four which were woven with gold. Prior to entering the Holy of Holies, he removed the four garments containing gold, for gold is reminiscent of the Golden Calf.2 What is the notion of the shofar possessing an element of the Holy of Holies? Additionally, how does the shofar afford Bnei Yisroel protection?

There are two ways in which one can communicate a thought or an emotion. The first way is through speech, by verbalizing the thought through the use of words; this is referred to as ruchs – speech. The second way is by emitting a sound without the use of words, but which nevertheless conveys to the listener the message that something is being communicated. This is referred to as kue – sound. A major difference between the two modes of communication is the following: When a person uses speech to convey his message, it is possible to hear what he is saying, but not be listening. Unless the listener is attuned to what is being said, it will not register. kue, sound however, which is emitted from the deepest recesses of the soul, will automatically evoke from the listener a need for response. The listener can choose how to act upon what he heard, but nonetheless, it has registered. For example, when a person hears a cry for help, he automatically feels the need to respond. The reason why this is so is that when Hashem created man, the Torah tells us, “ohhj,nabuhptcjphu” – He blew into man’s nostrils the soul of life.3 The Ramban elaborates further that this “blowing” planted within man his soul, which is part of Hashem’s “essence”.4 It is from this part of man that kue emanates, and therefore, registers within the same place, the soul of the one who hears it.

On Rosh Hashona Hashem gives us the vehicle through which we can touch, anthropomorphically, His soul. Through the kue of the shofar we evoke Hashem’s compassion. The rest of the year, we speak to Hashem, but it does not necessarily register, for we may not have merited that He should listen. On Rosh Hashona, Hashem in His mercy gives us the kue of the shofar, which always registers. With the kgnnhektekj – the G-dliness within us, through the shofar, we connect to Hashem on a level which is impossible to reach throughout the year. This is the notion that the shofar is ohbpkuhbpk – the Holy of Holies, the place which the Kohain Gadol entered only once a year in order to attain a level of connection to Hashem which was otherwise impossible. Through the shofar we can all attain that closeness.

1.Rosh Hashona 26a 2.Ibid. 3.Braishis 2:7 4.Ramban Ibid jpbvhkhsnjpbsitn -The One who blew, blew from Himself. It must be noted that any discussion of Hashem’s essence is purely anthropomorphic. It is not within the realm of man to understand Hashem’s essence.