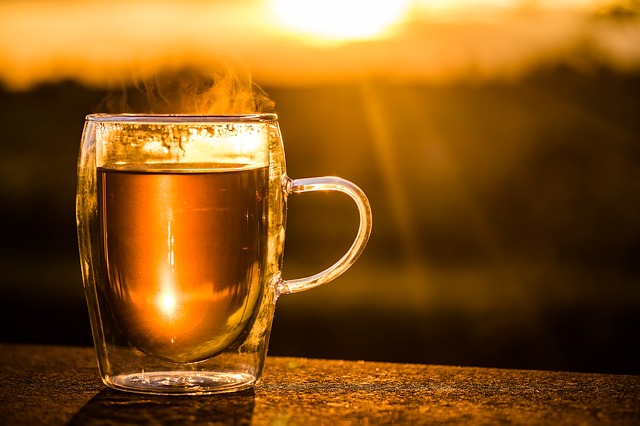 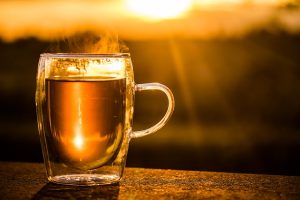 In ancient times, poisonous snakes and reptiles were commonly found even in populated areas. In keeping with the Torah’s strict exhortation to safeguard one’s life[1], the Rabbis issued an edict forbidding drinking from any uncovered vessel which had been left unsupervised, for fear that a poisonous snake might have ejected venom into its contents while drinking from it[2].

This prohibition, known as mashkim megulim, “uncovered beverages,” is recorded in the Talmud[3] and codified by the Rambam as halachah which we are to practice today. But the Shulchan Aruch, who starts by quoting the Rambam, concludes by ruling that this edict no longer applies[4]. Since poisonous snakes and reptiles are rarely found in populated areas nowadays, there is no longer any reason to forbid drinking an uncovered, unsupervised beverage. The basic halachah follows this opinion, and one is no longer required to concern himself with this prohibition[5].

There are, however, poskim who maintain that the original edict applies even in our days. Their opinion is based on the following arguments:

As stated yesterday, the basic halachah does not follow this opinion, and uncovered drinks may be consumed. Nevertheless, there are many people who choose to observe these halachos strictly[9], and there are several sources who strongly recommend[10] avoiding mashkim megulim[11], especially in Eretz Yisrael[12]. The following rules, therefore, apply only to those who choose to keep the halachos associated with the Rabbinic prohibition of mashkim megulim:

Question: Which beverages[13] are included in this prohibition and which are not?

Discussion: The following beverages and liquids are included:

Fruit juices, vinegar and oil are excluded from this prohibition[17].

Question: Are mashkim megulim prohibited only if left uncovered overnight?

Discussion: No. A drink left uncovered and unsupervised even for a few moments, even during the daytime, is classified as mashkim megulim[18].

“Unsupervised” means that the beverage was left completely alone[22] for a few moments. If, however, there was a person who was fully awake — even a baby[23] — in the room[24], the prohibition of mashkim megulim does not apply[25]. This holds true even if the person in the room was not watching the beverage at all, and even if his eyes were closed the entire time and even if the room was dark[26].

Even those who are generally lenient with mashkim megulim are careful not to use such wine for Kiddush[29] or for other ritual purposes which require wine, such as Havdalah and Birkas ha-mazon[30], since it is considered demeaning to use mashkim megulim for mitzvos. L’chatchilah, therefore, wine which was left uncovered and unsupervised for even a brief period — as little as twenty minutes[31] — should not be used for mitzvos. If, however, no other wine is available, one may use such wine as long as its taste and smell were not compromised in any way[32]. If the wine was left uncovered for five or six hours[33], and surely if it was left uncovered over night, we are concerned that its taste or smell was affected and it may not be used for Kiddush etc., even b’diavad[34].

2. Although this is a Rabbinic prohibition, some poskim maintain that once the Rabbis pointed out that mashkim megulim may be dangerous, drinking from them becomes forbidden min ha-Torah; see Levush, C.M. 427:11, Tevuos Shor 13:2 and Chasam Sofer, Avodah Zarah 30a.

10. See Pischei Teshuvah, Y.D. 116:1, quoting Shelah ha-Kadosh, that while uncovered drinks are halachically permitted, it is advisable to refrain from drinking them.

11. In addition to the sources quoted above, see Kitzur Shulchan Aruch 33:5, who warns against drinking mashkim megulim. See also Orchos Rabbeinu, vol. 1, pgs. 206-209, quoting the Chazon Ish and the Steipler’s strict adherence to all of the laws of mashkim megulim, even to the extent of not using such water for washing the hands.

13. The Talmudic prohibition also included juicy fruits, e.g., watermelons and grapes, which were cut or split open and left unsupervised; see Beitzah 7b and Rambam, Hilchos Rotzeiach 11:8. However, nowadays, even those who are stringent with mashkim megulim do not mention unsupervised fruits as being prohibited, unless there is clear evidence that the fruit was tampered with. When in question, consult a rav. See Kaf ha-Chayim, Y.D. 116:9.

15. Rambam, Hilchos Rotzeiach 11:8. There is, however, a debate among contemporary poskim whether or not yayin mevushal on the market today is cooked in such a way as to qualify as “mevushal.” See The Weekly Halachah Discussion, vol. 1, (Jerusalem: Feldheim Publishers, 1997) on Parashas Ki Sisa, for an elaboration on this issue.

18. Rambam, Hilchos Rotzeiach 11:11; Aruch ha-Shulchan, Y.D. 116:3. Chazon Ish is quoted as remarking that we do not know the exact time period which renders beverages as mashkim megulim. [In addition to the edict against mashkim megulim, there is an additional advisory against drinking beverages that were left uncovered and unsupervised overnight; see Maseches Derech Eretz 11 and Tzava’as R’ Eliezer ha-Gadol 62, quoted by Harav C. Kanievsky in Shemiras Nefesh.]

24. Or even in a nearby room from where he can see into the room where the beverage is; Harav C. Kanievsky (Shemiras Nefesh, Responsa #17).