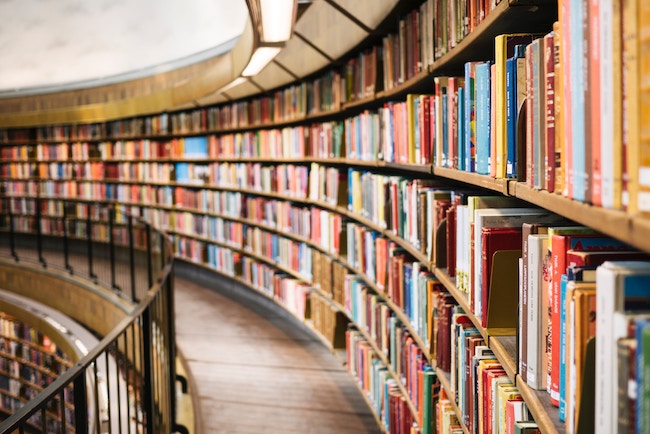 QUESTION 8: RETURNING A LATE VIDEO TO THE LIBRARY

A person takes out a video tape from the library for his kids to watch Sunday afternoon. The rule used to be that if it was taken out Friday, it could be returned Monday. Last Friday, when he took out the video, here was a sign saying that the videos had to be returned Sunday, which is hard because the library closes at 5PM on Sunday. He objected, saying that it discriminates against the Orthodox who can’t use it Shabbos, but the librarian said they didn’t know why the rule was changed. He couldn’t get back on Sunday in time, but when he came in on Monday, he realized he could do the following: he could put the video down on the desk, and walk away, in a sense acting as though he didn’t know about the new rule. Then when the person said there was a new rule, he could look somewhat surprised. Then the librarian might say ‘Forget about it this time, it looks as though you don’t know about the new rule yet.’ Is doing such a thing “genavas das” (deception)?

There’s no need to say anything. Nobody who jaywalks should walk over to a judge and say, “I jaywalked, therefore I’m fining myself fifty dollars.” A person doesn’t fine himself.

Nor should you pull the wool over their eyes and act as though you don’t know what the rules are. People are not in this world to act and to fool people, to make a face as if they didn’t know what the rules are, Shivtecha b’soch mirmoh (“living a life of deceit”). If a person does that in a small way, little by little it becomes part of his life. We’re not here to act and to fool people into thinking something that is not the truth. G-d forbid a person should do that. People say that whoever doesn’t do this kind of thing is a fool and not wise to the ways of the world. The verse says, “sor mera mishtolel”- the day will come when anybody who keeps away from evil will be considered a fool.

This is not our way, to fool people. But neither does a person have to voluntarily surrender himself to the law for violating the library’s rules. Walk in and give it to them. You’re not obligated to tell anybody that it’s late. But to put on an act and to fool people, making it one thing when it’s really something else by putting on a face — G-d forbid – that seems like the wrong thing to do.

QUESTION 9: RE-TAKING OUT A LIBRARY BOOK

One of the library rules is that a book can’t be taken out again by the person who just returned it. When a book is returned, the librarian puts it on a cart to be returned to the shelves. If I return a book that I want to take out again, and the cart is it is on is in the public area, can I go over ten minutes later to this cart, and pick out the same book and take it out again?

I don’t see any reason to be stringent. You’re just like everybody else, so you can go back and take it out again, provided that you leave it on the cart long enough for a number of other people to see it, and ten minutes seems like a reasonable amount of time. You don’t lose your rights because you’re the one who just returned it. The library wants everyone to have a crack at it after you return it. Anyone can look through the books on the cart, including you.

NEXT WEEK’S QUESTION ABOUT RUNNING TO A PHONE