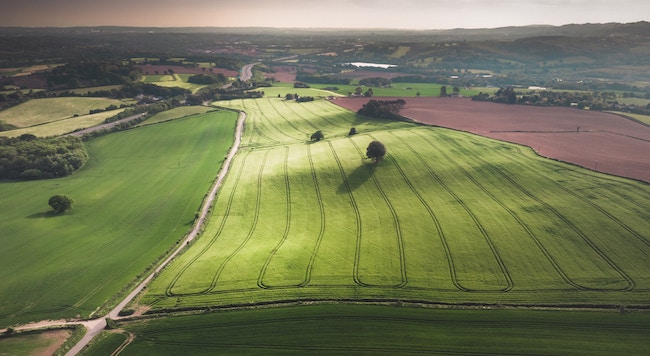 Lot’s unscrupulous herdsmen grazed their cattle in fields that belonged to Avraham. They claimed that since Avraham had no heir, his nephew Lot would inherit the land, and therefore their appropriation of his pastures did not constitute robbery.(1) If relationships among all the herdsmen had been peaceful until now, what initiated this quarreling between the herdsman of Avraham and those of Lot?

Before this time there had been a war in the area and in times of war the fields are considered ownerless. Thus, these same actions of Lot’s herdsmen had not previously been considered theft. Now that peace reigned in the region, however, they had no right to allow their animals to graze on land that was not theirs, so Avraham’s herdsmen protested.(2)

Based on the claim made by Lot’s herdsmen that the land actually belonged to Lot, it appears that their intention was to take possession not only of the produce of the land, but also of the land itself. Yet property is not an object that can be picked up and carted away, so how is it possible to steal it? Our Sages tell us that if one uses land for one’s own purposes, although one has not actually acquired the property, it is considered an act of theft.(3) It is accepted as halachah(4), for example, that moving one’s fence even a hairsbreadth into another person’s property is an act of theft. One who does this in the land of Israel has violated an additional prohibition of hasagath gvul (border manipulation).(5)