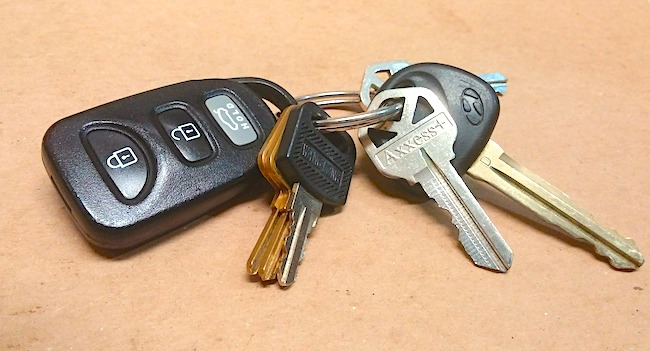 Lot’s herdsmen were wicked, and allowed their cattle to graze in others’ fields. When Avraham’s herdsmen rebuked them they responded, “This land has been given to Avraham. Since he has no heir, Lot is his heir, so this is not robbery at all!” However, the Torah makes it clear that Avraham was not yet entitled to possession of the land, for it states that the Canaanites and the Perizites were still living in the land.(1)

Some people are scrupulous about theft from non-relatives, but when it comes to family members, anything goes!(2) In truth, even if one is a rightful heir to another’s property, he has no right to take it. Being a future inheritor does not make the property yours now. An estate remains exclusively the property of the original owner as long as he is alive. One who takes something that is bequeathed to him while the owner is alive has violated the prohibition of theft.(3) What’s more, he is even worse than a normal thief as the verse in Mishlei says, “Someone who steals from his father and mother and denies that he has committed a crime is a companion of vandals.”(4) This is because he should be doing the opposite: safeguarding his parents’ money and honoring them with his own money.(5)

We must be especially careful about items we feel are “coming to us.” If someone accustoms himself to taking things he feels he has a right to, he can easily fall into theft. Rav Moshe Feinstein and Rav Yaakov Kamenetsky were both heads of their respective yeshivahs and leaders of their generation. They certainly should have been entitled to enjoy the fringe benefits that were associated with running their yeshivahs. Yet they were so concerned with avoiding taking anything that was not theirs that they each made sure to pay for every meal they ate in their own yeshivah.(6) How careful must we be about helping ourselves to someone else’s property! Before we decide that something is coming to us, we must first ask the owner.

1. Rashi on Bereshith 13:7. See also Minchath Shai, p. 20 in the name of Rav Meshulam Dovid Solevetchik who notes that even if they had been correct that Lot would inherit from Avraham, this logic would not have made the propety theirs, for it only becomes the property of the inheritor after the death of the relative.