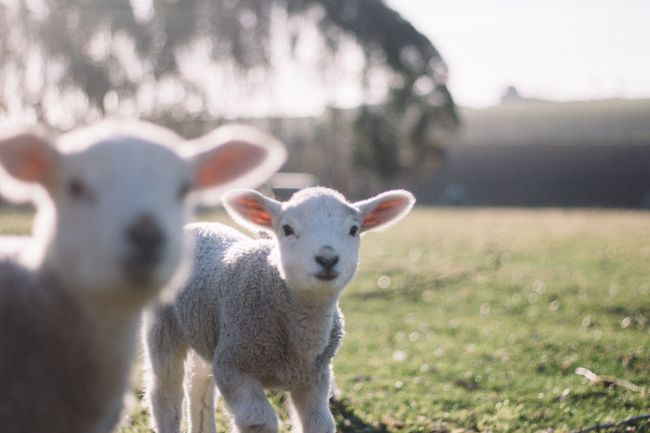 “When the wise man eats the little which is sufficient (lit., ‘fitting’) for him, he should eat it only in his house at his table. He should not eat in the store or marketplace (‘shuk’) (except in cases of great necessity) so that he is not demeaned before others.

“He should not eat with ignoramuses nor on such tables as are full of vomit and excrement. (Note: See previous law; this was Isaiah’s description of the tables of people who party all the time.) He should also not partake of many feasts (lit., ‘increase his feasts’) in all places, even together with the wise. He should not participate in feasts in which there is a very large gathering. It is only appropriate that he participate in a feast [celebrating the performance] of a mitzvah (good deed), such as the meal which accompanies a betrothal or marriage, provided it is one in which a Torah scholar marries the daughter of a Torah scholar.

“The righteous ones and scholars of old would never partake of a meal not of their own food.”

In this law, the Rambam continues his discussion of eating, describing how the Torah scholar should be extra meticulous in his eating habits.

For the most part, the laws discussed here fall under two basic headers. The Rambam’s second set of laws — how the scholar should avoid feasts, especially those attended by ignoramuses — is self-evident. Partying too much is bound to invite all sorts of inappropriate behavior, even when done in the company of the wise. I personally always follow the advice I once heard from a wise rabbi — never to go to a party expecting to have a good time. At best you’ll kill an entire evening, engaging in useless small talk. And of course, much more awkward and uncomfortable situations may arise. (And besides, with such low expectations, you’re bound to have a better time than you expected.)

The first part of the Rambam’s law requires a little more explanation. The scholar should never eat in a public place, lest he become “demeaned” before others. This firstly appears to be a law which relates primarily to appearances. Although eating is a perfectly ordinary and permissible activity, somehow the scholar would be lowered in the eyes of others if he were actually caught doing it. What precisely is wrong with eating? How does it compromise the scholar’s hallowed reputation?

To be fair, the Talmud looks very unfavorably on one who eats in the marketplace, comparing such a person to a dog (Kiddushin 40b). Satisfying one’s needs whenever and wherever he wants is clearly animalistic in nature. (The commentators in fact wonder why the Rambam presents this as a law for the Torah scholar and not one of universal application.)

Further, I think we can all appreciate that behavior which is socially acceptable for most of us would be out of place for those who stand for something higher. In one of my earlier years in yeshiva (rabbinical college), I was actually shocked to see one of the elder and more distinguished students walking around campus munching on an ice cream bar. (He was the sort who never ventured out without black hat and jacket — which is how he was attired while enjoying his snack.) Something seemed oddly out of place. (In truth, he was a perfectly regular fellow who just happened to be more prim in his dressing habits.) Likewise, we wouldn’t expect to see the CEO of a major corporation going about in tee-shirt and jeans. Clearly, behavior which is not inherently wicked appears childish and unbefitting of someone regarding whom we’d expect higher.

But the idea is even deeper. Deuteronomy 22 (vv.1-3) discusses the obligation to return your fellow’s lost item. Verse 1 reads: “You shall not see your fellow’s ox or sheep straying and ignore them; you shall surely return them to your fellow.”

The Talmud (Bava Metziah 30a) sees a possible twist in the understanding of this verse. Rather than seeing the start of the verse as a warning not to ignore (“you shall not see and ignore…”), the Talmud alternatively interprets it as a command to ignore, reading it as follows: “You must not see you fellow’s animals [but rather] you must ignore them.” To this rather counter-intuitive interpretation, the Talmud elaborates: When should one in fact ignore his fellow’s item? When the finder is an elderly person, and returning the item is not in accordance with his dignity. If running after (and carrying back) the neighbor’s chicken would raise startled eyebrows, it is perhaps not becoming to the senior.

(The Talmud elaborates on this principle by stating that if the elder would not go after the item if it were his own, he would not be obligated for his fellow. Also, needless to say, we are not discussing activities dangerous or overly-strenuous for the oldster. It would go without saying that one need not risk his life to return his fellow’s property. Rather, as the Talmud states, we are discussing acts beneath his dignity.)

This engenders an interesting observation. (I heard this from my teacher R. Moshe Eisemann, of the Ner Israel Yeshiva, Baltimore, I believe in the name of R. Tzvi Berkowitz, also of Ner Israel.) Say an elderly Torah scholar does in fact take the trouble to return such an item. Imagine he comes to your door, huffing away, carrying your stray sheep which he just chased down. Would it actually lower your respect for him? Wouldn’t you now have even greater admiration for him — that in spite of his age and reputation he took the time and effort to do you a favor, that he didn’t mind in the slightest lowering his own dignity in order to help another human being?

But perhaps that is exactly the rub. If the elderly rabbi walks in carrying my stray sheep, I’ll love him even more. Even this was not beneath him. But something will be sacrificed in the process. He’ll become a regular guy. I’ll see him in a far more human light — as a wonderful but very human sheep schlepper. His aura will be lost. In a sense, it’s true — he may not lose anyone’s respect on that account; if anything he’ll garner even more. Yet something will not be the same. He’ll be the swell guy everyone loves, but no longer the authority figure they submit to, no longer the sage they approach with awe.

Admittedly, such an appraisal evokes mixed feelings in us. We today are not accustomed to raising anyone on a pedestal, not permitting him to “lower” himself to the level of us common folk. We are all equal; no one may shirk his duties by playing the reverence card. Yet this is precisely what the Torah here sanctions, going so far as to absolve the elder from a Biblical obligation not in accordance with his dignity. Great people must be raised aloft; they must be seen as venerated figures, not just one of the guys. Although they must not be cold and inaccessible, the sense must always be maintained that they stand for something greater.

It has long been observed that many of the difficulties in parenting today arise from the fact that fathers are viewed (and view themselves) more as chums than father figures. Likewise, in many circles Torah educators are half-expected to pal around with their students in all sorts of ways — such as participating in an occasional ball game (a talent with which the scholarly are not always amply blessed). (Years ago I overheard students of one such school discussing their teachers’ basketball-playing abilities in rather less than respectful tones.) And in fact, it may certainly be argued that our generation is not one to be moved by stern and distant educators. The Rambam himself writes in a later paragraph (Law 7) that the Torah scholar should speak gently with everyone but not so impassively as to appear aloof, and that he should be the first to greet others so that he’ll be beloved in their eyes.

Yet even so, the basic point must not be missed. Even if the Torah scholar must not be overly distant and aloof (and a good outside shot helps), he must never be reduced to a regular guy. For ultimately, the way mankind views and respects the Torah depends on how it views its representatives in this world.