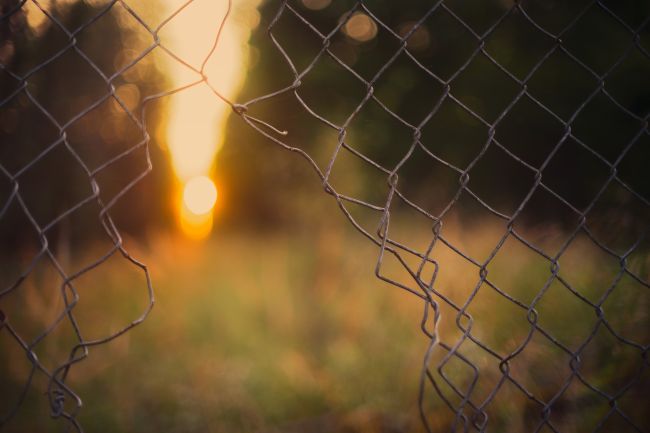 “Just as a wise man is distinct in his wisdom and his character traits, and he stands apart from others regarding them, so too he must be distinct in his deeds, in his eating, in his drinking, in his marital relations, in his going to the bathroom, in his speech, in his walk, in his clothes, in his satisfying his needs, and in his business dealings. All such deeds of his should be especially pleasant and proper (lit., ‘fixed up’).

“How so? A Torah scholar should not be a glutton but should eat only food which will maintain his health. And he should not overeat [even] such foods. He should not run to fill his stomach as those who fill up from food and drink until their stomachs are ready to burst. Regarding such people it states explicitly in Scripture, “I will scatter dung on your faces, the dung of your holiday offerings” (Malachi 2:3). The Sages stated, this refers to people who eat and drink and treat all their days as holidays (Talmud Shabbos 151b). Such people say, ‘Eat and drink for tomorrow we will die’ (Isaiah 22:13). Such are the eating habits of the wicked. Such tables Scripture denigrates, saying: ‘For all [such] tables are full of vomit, excrement without space’ (Isaiah 28:8). A wise man, by contrast, eats only one or two dishes, and eats of them enough to live, and it suffices. This is as Solomon stated, ‘A righteous person eats to sate his soul’ (Proverbs 13:25).”

Last week we introduced the theme of this chapter — that higher modes of conduct are appropriate for the wise. As we discussed, the Rambam seems to view such behavior as particularly the domain of the wise — those whose understanding of the Torah prompts them to seek a fuller relationship with G-d. The ignoramus, however, who really hasn’t grown to appreciate proper behavior — yet who seeks some quick and easy “high” — was not invited. For, as we explained, G-d is not really interested in anyone who feels he’s “got the spirit” coming along and doing whatever he feels shows passion — fasting, rolling in the snow, mutilating oneself, blowing up infidels, etc. — regardless of it such acts make any sense whatsoever. Rather, the L-rd wants reasoned and considered acts — which reflect a truer, fuller understanding of the Divine will and how G-d may best be served by mankind.

And this mentality is reflected in the Rambam’s words here. The saint-wannabe may imagine piety as involving glamorous, high-profile acts which shake the world — to make sure everyone knows just how holy he is. But the Rambam in this chapter says nothing of heroics and theatrics. Piety stems from wisdom, not hormones. The Rambam’s piety consists of lackluster, almost pedestrian acts. Eat wholesomely. Curb your passions and your bad habits. Do hidden acts of greatness; direct your efforts inwards. For this is truly what life — the wisely lived life — is all about.

Now we begin to look at the Rambam’s first example — eating. The Rambam, who recall was a physician (and naturally a dietitian since there wasn’t a whole lot more to medicine in those days), spares little sympathy for those who gorge themselves and live for something as myopic and superficial as their stomachs. Not only is such behavior terribly taxing to one’s health, but it reflects a very poor value system on the part of the glutton. And not surprisingly, conduct which is physically harmful is spiritually destructive as well. Or stated conversely, an act which is spiritually evil is probably bad for you too.

There’s a basic dilemma with eating — as well as many of the topics discussed in this chapter. And that is that we are not dealing with acts which are forbidden per se. Everyone eats, and presumably enjoys it on some level. Thus, we are discussing pleasures which while we can and must partake of, we are told not to live for. And we can appreciate that this is a far higher challenge than refraining from simple forbidden acts. We must eat — in a small way indulging in passions which may well get the better of us, yet at the same time we are told to control ourselves all the same.

Jewish ethicists have observed that it is far easier not to eat at all than to eat but stop before one is fully sated. (Try it and you’ll see what they mean. It’s hard enough to stop when one is sated.) Likewise, it is far easier to be told to stay away from pork entirely than to eat roast chicken but do so only to strengthen oneself to serve his Creator. (I assume that means without the skin for starters.) Yet the Torah scholar is instructed to play with fire: to enjoy that which G-d has blessed him with, yet to ever keep in mind that ultimately he eats to benefit his soul.

A related idea is that one who eats for all the wrong reasons is technically not doing anything wrong. Even one who overeats, and does so solely for his pleasure does not seem to be violating any transgressions per se — even if he has clearly fallen out of favor with the Prophets (as per some of the Rambam’s verses above). Thus, with this chapter, the Rambam introduces an entirely new level of Divine service — namely, refraining from something even though it is perfectly permissible by letter of law. Yet, one who has developed a sense for what G-d really wants of him will naturally desist.

Leviticus 19:2 instructs us in a sweeping command: “Holy shall you be, for holy am I, the L-rd your G-d.” We are instructed to be holy people unto G-d. The commentators are bothered by an obvious difficulty: What does it actually mean to be “holy”? Does it mean never watch a ball game? No chocolate sundaes, loud ties, music produced after 1949? Can we just decide for ourselves? And of course, if it could mean anything, it basically means nothing. And someone might take it to all sorts of bizarre and irrational extremes — returning us to our dilemma of last week.

The Ramban (Nachmanides, R. Moshe ben Nachman, 13th Century Spanish scholar — note the ‘n’ at the end of his acronym, distinguishing him from Maimonides), in his commentary to the Torah, explains as follows. The Torah forbade only certain actions, such as incest, adultery and consuming forbidden foods. There are, however, many permissible equivalents which are freely available — marital relations, indulging in kosher meat and wine. There are also acts not forbidden at all by the Torah, yet which are clearly not for the self-respecting — such as foul language. Or to offer my own example, nowhere does the Torah forbid the complete obsession with one’s ball team, video game, or any other basically pointless diversion from life. Thus, we could easily imagine a thoroughly vulgar, gluttonous, hedonistic individual who technically does nothing wrong — keeping the Torah to the letter.

The Ramban coins a name for such a person: “a lowlife (‘naval’) with the Torah’s permission!” He keeps it all — he wears the right clothes, eats only the most strictly kosher, hangs out in all the right circles, sends his kids to the right schools, etc. — yet he utterly misses the point of the Torah, living almost exclusively for his own pleasures. And keep in mind that it’s not all that hard to keep the letter of the law while being pitifully clueless as to its spirit. No quantity of commandments can truly guarantee inspired human beings. Anything can be performed out of mindless habit — even a mitzvah (commandment) apparently so relationship-building as prayer. Further, the Torah is certainly not going to forbid anything pleasurable — something bound to backfire and besides hardly the intent of the Torah lifestyle. And finally, needless to say, the Torah cannot tell us to be inspired. That must come from within. So the pleasures are available, not prohibited even if somewhat restricted by the Torah. And so, little is stopping Joe lustful from keeping within the constraints of the Torah yet living for little else.

For this reason, explains the Ramban, the Torah commanded us to be “holy”. The definition: Sanctify yourself with that which is permissible to you. Don’t just live for your own fun, only being mindful to keep within the Torah’s boundaries. Train yourself to realize this is not what life is about. Rather, slowly wean yourself from your addiction to those pleasures which the Prophets and Sages clearly frown upon. In that way, you will slowly come to realize that man’s true purpose is something higher.

And this in a word is the theme of the Rambam here. Nowhere does the Torah forbid gluttony. And in fact if we’d look through the Torah’s commandments, it really does not go about forbidding everything it imagines we might like. There is much leeway; G-d did not attempt to forbid anything which might draw us away from Him, to dictate spiritual behavior from beginning to end. (Micromanaging, needless to say, rarely produces the desired results.) For at a point we ourselves must recognize holiness and pursue it. We must rise above the pleasures and distractions which hold fast the focus of most of mankind and learn to recognize what G-d truly wants of us.