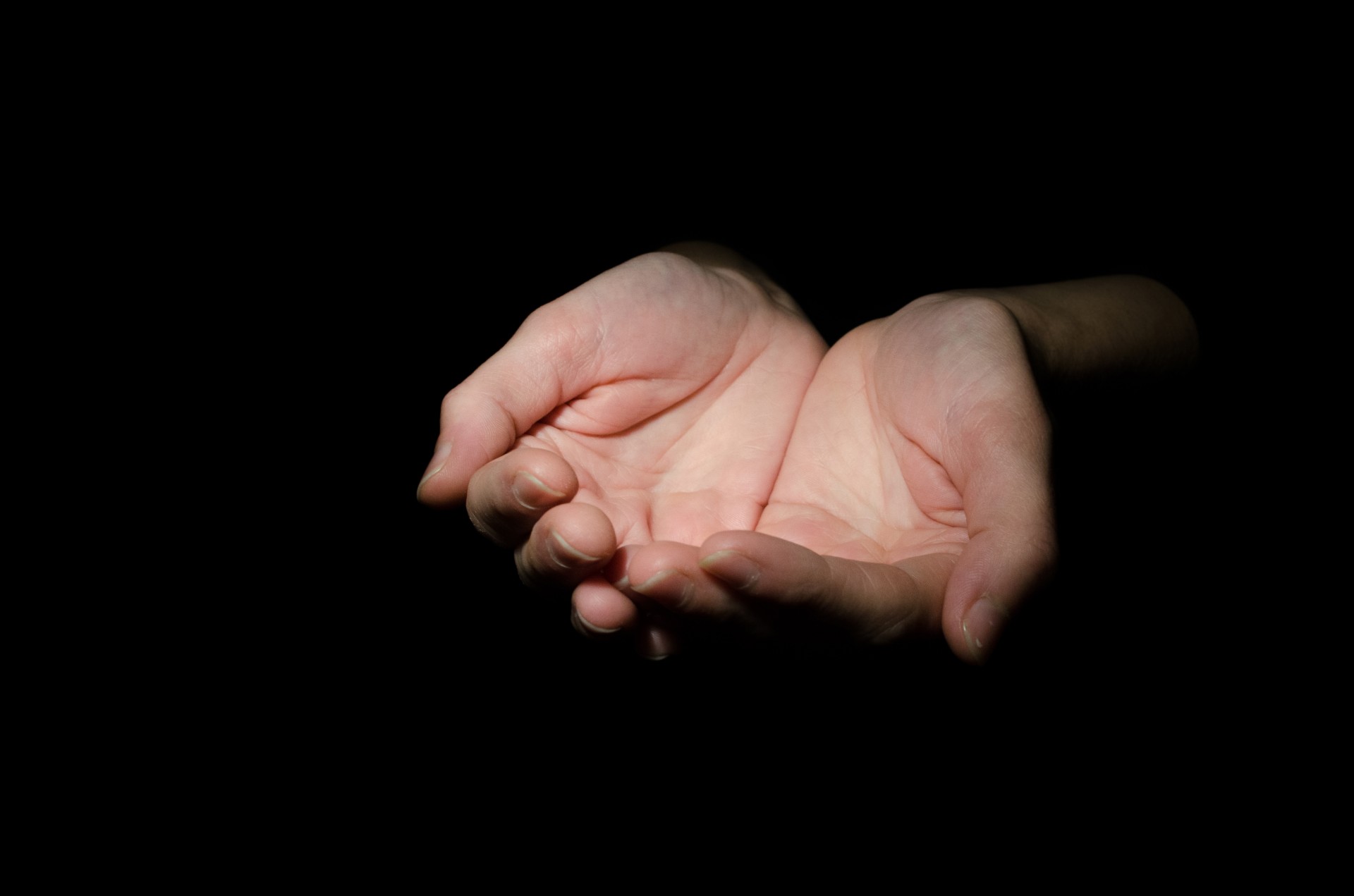 It is forbidden for the person [to whom the sinner apologizes (see prev. law)] to be cruel and not be appeased, rather he should be easy to assuage and hard to anger. And when the sinner asks for his forgiveness, [he should] forgive wholeheartedly and willingly (lit., ‘with willing soul’). Even if [the sinner] distressed him greatly and sinned to him much, he should not take revenge nor harbor resentment.

This is the way of the Children of Israel and their upright (lit., ‘correct’) hearts. Gentiles, however, of uncircumcised hearts, are not so but instead ‘his [Edom’s] anger is preserved forever’ (Amos 1:11). So too does it state regarding the Giveonites, because they did not forgive and were not appeased, ‘and the Giveonites are not from the Children of Israel’ (II Samuel 21:2).

Last week the Rambam discussed the sinner’s obligation to beg the forgiveness of the person he wronged. It is not sufficient to repent to G-d alone. The injured party must be appeased as well — and damages must likewise be compensated.

This week the Rambam turns his attention to the victim, instructing him to be amenable to the sinner’s apology. If the sinner truly means it, his victim should accept his apology wholeheartedly and be prepared to begin the relationship anew.

(As an aside, the customary prayer Jews recite at the start of Yom Kippur forgiving everyone who has wronged them the past year specifically excludes people who say “I’ll wrong him knowing he’ll forgive me later.” We may forgive generously but we have no patience for people who knowingly take us for a ride. It is likewise clear from Jewish law that we forgive freely if — and only if — the one who wronged us actually comes and apologizes. If he couldn’t care less about the way he mistreated me, I am hardly expected to forgive for nothing.)

Before we look more closely at the Rambam, a quick word about the Giveonites, whom he makes reference to at the end. We read in Joshua 9 of the Giveonites, one of the tribes dwelling in the Land of Canaan at the time of Joshua’s conquest. In order to save themselves, they sent messengers to the Jewish camp, deceptively claiming they came from a distant land and asking to arrange a peace treaty with them. The Jews naively accepted their story and agreed to an accord, failing to confer with G-d in advance. After finding out they were duped, Joshua abode by Israel’s agreement (a curious foreshadowing of current events, in which Israel constantly abides by agreements with enemies who never even planned to keep their word), but decreed upon the Giveonites eternal subservience to Israel, to serve them as “hewers of wood and drawers of water.” Intermarriage between Israel and Giveon was likewise forbidden.

Later, in King David’s time (II Samuel 21), a several-year famine occurred. After inquiring of G-d, David found that it was the result of grievances on the part of the Giveonites, whom King Saul had wronged. (Scripture states that he inadvertently killed some of them, although one opinion in the Midrash states that he merely indirectly caused them to lose their source of income. (In most societies, being without a means of support is tantamount to death.)) David attempted to reason with the Giveonites in order to assuage them. However, as Scripture states and the Rambam quotes, they weren’t Jewish and so did not find it in their hearts to be merciful. Rather, they demanded that seven of Saul’s descendants be hung in compensation. The king agreed to their demand and the famine soon came to an end.

For the most part, the Rambam’s advice is readily understandable. One issue, however, I found very surprising — and I’m sure many of you did as well. What was the Rambam’s point throwing in this nasty dig about the Gentiles — claiming very self-righteously that they’re not like us? They are not so forgiving as we saintly Jews are. What was the point of making such a statement? Apart from the fact that such remarks strike us today as bigoted and grossly politically incorrect, what place do they have in a work like the Mishneh Torah altogether? The Mishneh Torah is a work on Jewish law — telling us how to behave properly as Jews. Do we learn a practical lesson from this general swipe at the “goyim”? So fine, they’re not as good. Why say it? Why did the Rambam see fit to include such a distasteful, condescending comment in what is otherwise so concise and reasoned a book of law?

I would like to suggest as follows. I believe there are two bases for bringing ourselves to forgive others. The first is basically theological. Nothing occurs in this world if G-d does not will it — or at least acquiesce to it. Therefore, if my fellow hurts or insults me, there is no real reason to resent him. The damage was meant to be. He did not do anything G-d did not anyway want to occur. And so, there is no point venting my rage at him. All he did was demonstrate that G-d feels I need a little castigation. At most he volunteered to be G-d’s staff of chastisement; but ultimately the hurt came from the L-rd.

I believe, however, this is not the sort of reasoning the Rambam has in mind. Our basis for getting along with others must not be theological. We don’t see someone stuck on the side of the road with a flat tire, and pull over to help because G-d said we must help load our fellow’s donkey (Deut. 22:4). We do so because we want to help our fellow. Sure, G-d told us to as well, but we shouldn’t have to wait for G-d’s command to be decent human beings. The Talmud states, just as He is compassionate and merciful, so too must we be (Shabbos 133b). We are taught to emulate G-d — to actually be wonderful human beings, not only to perform the actions G-d has commanded.

Here as well, I don’t believe the Rambam is instructing us to be forgiving because G-d willed my hurt upon me. That certainly may be a solid theological basis for ameliorating my hurt, but bottom line, such cannot be the basis for my emotions. I must actually train myself to be a merciful, forgiving person, to act as G-d and be kindly and forgiving towards all of His creations.

(Apart from this, there is much debate among the classical commentators to what degree every event which occurs in this world is the will of G-d. Certainly G-d controls the course of history and He carefully measures and records all human acts done in this world. Yet at the same time man is granted free will to do as he pleases in this world. Will G-d stop A if he wants to punch B in the nose? Without getting bogged down discussing the myriad shades of opinion in such matters, it is certainly not crystal clear that whenever A wrongs me I must see it as a direct act of G-d — even if G-d will certainly hold A accountable for his decision and deduct the suffering from B’s tab. (See for example II Samuel 16:10 and the commentary of Rashi there.) In fact to me it appears that the Rambam does not take G-d’s control of the world so far — see especially his work Shemoneh Perakim (lit. “Eight Chapters”), Ch. 8. He appears to fall much more in the “man’s free will” camp.)

The Rambam elsewhere in the Mishneh Torah (Laws of Blessings 11:2) makes the following distinction. There is a rabbinic obligation to recite a blessing before performing most of the mitzvos (commandments) of the Torah, such as before putting on a Tallis or Tefillin, or before eating matzah on Passover. The Rambam, without further elaboration, states that this is true only regarding mitzvos between man and G-d, such as the examples we just cited. However, mitzvos between man and man — such as giving charity — one does not recite a blessing prior to doing.

My teacher R. Yochanan Zweig suggested the following rationale for this distinction. Imagine if a guy came to your door asking for alms, and before handing him the money, you say “Wait!” then look up to heaven and say “Blessed are you, G-d… who commanded us to give charity.” That would basically demolish any possible good feelings your charity might have engendered. What should have been an act of sympathy and care among men has now become an act of obedience to G-d. Certainly, G-d commanded us — and we must obey His command even if we don’t feel like it — but clearly the true purpose of the command is that we be caring human beings, not obedient servants of G-d.

This too is the message of the Rambam this week — and I believe his intent in emphasizing the very Jewish quality of compassion. The Rambam is not interested in making digs at other people — even in the presumably safe quarters of a scholarly religious work. (There are really no such safe quarters — today or ever before. Words, especially written ones, get out and can and will be used against us.) Rather, the Rambam wanted to convey what quality we are dealing with. We must see our obligation here as exercising our particularly Jewish quality of compassion. The Talmud writes that there are three hallmark qualities of the Jewish nation — that they are compassionate, bashful, and doers of kindness (Yevamos 79a). And we must take these wonderful qualities we have been endowed with and use them towards increasing peace in the world and in our lives.