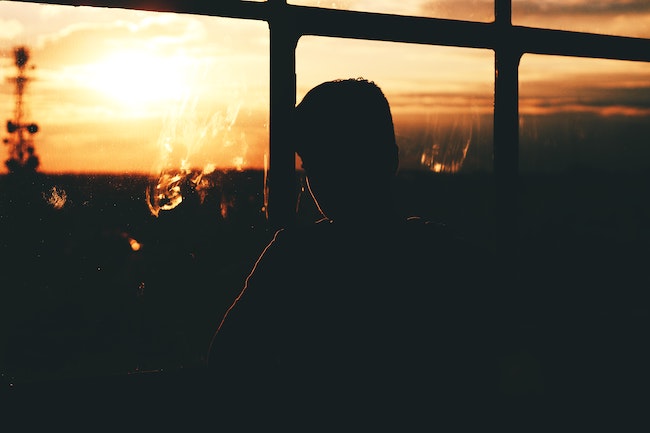 And among them (i.e., the twenty four factors which interfere with repentance listed in this chapter) are five things that one who does them is not expected to repent (lit., ‘his assumed position is not to repent over them’) since they are minor matters in the eyes of most people.. [The person is thus] found to be sinful while he imagines the matter is not a sin. They are:

(a) One who eats at a meal in which the host has insufficient food (lit., ‘a meal which is not sufficient for its owners’), for this is ‘the dust of stealing.’ The person imagines he did no wrong, saying, ‘Did I eat anything without their permission?!’

(c) One who looks intently (‘mistakail’) at women who are forbidden to him (Heb., ‘arayos’). It appears to him that there is nothing in such behavior, for he says, ‘Did I have sex or come close?’ And he does not know that looking with one’s eyes is a terrible sin as it brings one to the cardinal sin of adultery / incest, as it is stated, ‘You shall not stray after your hearts [or after your eyes]’ (Numbers 15:39).

(d) One who derives honor through demeaning his fellow. He says to himself that he is not sinning since his fellow is not present and is not shamed (lit., ‘shame did not come to him and he did not shame him’). Rather, he presents (lit., ‘arranges’) the worth of his own good deeds and wisdom in contrast to his fellow’s deeds or wisdom in order that [the others] will see through this that he is honorable and his fellow is contemptible (‘bazuy’).

(e) One who suspects a guiltless person. [Such a person] says to himself that such is not a sin because he says, ‘What have I done to him? Was there anything other than suspicion that he may or may not have done [the action]?’ But he does not realize that such is a sin, for he considers an upright person as a sinner.

In this chapter the Rambam lists categories of people for whom repentance is particularly difficult. This law discusses types of sins which people generally do not view as very serious. They therefore may not repent properly over them, feeling they have done little wrong.

As in the past law, the examples of this week are fairly straightforward and require little explanation. I will just add a few brief points of clarification below for a few of the Rambam’s examples.

(b) “One who uses the pledge of a poor person:” The case under discussion is as follows. Someone lent money to a poor person and collected an item of value from him as collateral until he is able to pay back. Typically, a destitute person does not own fragile luxury items to offer as collateral. He will rather give some basic household item — such as an ax or plow. The lender may be tempted to take it for his personal use since he reasons that no noticeable harm comes to the pledge. This, however, is sinful because a lender may not make use of a pledge (as well as any item not belonging to him) until he collects it as his pay.

(c) “One who looks intently at women who are forbidden to him:” As the Rambam makes clear, looking lustfully at a woman is the first step towards more serious transgression — apart from the fact that the looking itself is forbidden. The Talmud likewise states, “One may not look intently… at a married woman even if she is ugly” (Avodah Zarah 20a). As we know, this is one area in which the Sages in their great wisdom recognized that one must not take any chances.

(e) “One who suspects a guiltless person:” This final example is the most extreme, as the sinner did not even do a physical act. He merely suspected a person in his heart. Nothing really happened; the whole thing was in his head. Nevertheless, doing so borders on a Biblical prohibition. The Torah states, “In righteousness shall you judge your fellow” (Leviticus 19:15). In simple meaning, the verse is addressing judges. A judge must judge fairly, treating both litigants equally (see Talmud Shavuos 30a). However, the Sages also apply this to the layman. Whenever we see our fellow acting in a questionable manner, we too must “judge” him favorably and give him the benefit of the doubt. (See Talmud there and Pirkei Avos 1:6).

The Talmud elsewhere (Brachos 31b) makes a few further relevant comments. In the beginning of the Book of Samuel, the childless Chana travels with her husband Elkanah to visit the Temple. Arriving at the Temple courtyard, she pours out her heart to G-d in prayer, promising that if she is granted a child, she will dedicate him wholly to G-d.

Eli the High Priest observes Chana praying, seeing her swaying and shaking uncontrollably but hearing no sound. He takes her for a staggering drunk, and criticizes her accordingly. She gently corrects him, explaining that she is a woman of “troubled spirit” who was pouring out her heart to G-d. He wishes that she “go in peace,” blessing her that G-d should grant her request. (At least as recorded in Scripture, Chana does not appear to so much as mention to Eli what her request was for.) Elakanah and Chana return home, and are blessed with a boy shortly after, who later — under the tutelage of the High Priest himself — grows to become the Prophet Samuel.

The Talmud learns several important lessons from this episode, some of them germane to our law but all of them significant. Eli wrongly suspected Chana of inappropriate behavior — precisely the Rambam’s final example here. First of all, explains the Talmud, as we learn from Chana, if someone incorrectly suspects you of wrongdoing, you must take the trouble to correct him. I don’t know if other people are like me (I certainly hope not), but I am often tempted not to dignify such people with a response. “If that’s really what you think of me, it’s your own problem. I’m really not interested in demeaning myself to address someone who obviously doesn’t think very highly of in the first place. Let him believe what he wants; see if I care.”

To this explains the Talmud that no, one must trouble himself to calmly and politely justify his behavior. People thinking ill of one another is simply a bad situation in Israel — especially if it’s baseless to begin with. Come out in the open. Clear the air. Justify yourself and who you are. Both parties will be the better for it.

Lesson number two of the Talmud is that if you wrongly suspect your fellow, you must “appease” him — just as Eli did to Chana. It may have all been in your head but you actually wronged your fellow. You have sinned to him by misjudging him and must beg his forgiveness. And further, by humbling yourself before him and apologizing, your fellow will be raised in your eyes and your unfair misconception will naturally be corrected.

The next lesson is that if you wrongly suspect your fellow, you owe him a blessing — again, as Eli blessed Chana at the end of their encounter. This one I found the most intriguing. Owing a person a blessing is presumably in order to undo the damage you have caused — the “curse” of wrongly suspecting him. Although the matter was only in your head — so you did not damage him physically or financially, some harm has certainly been done and must be rectified.

But what damage was done? All I did was think wrongly of him and now my misconception has been removed. What remains? And why a blessing? A blessing means I am requesting Divine favor for my fellow. But had he lost Divine favor just because I suspected him in my heart? I may have thought badly of him but G-d did not! Why the need for a blessing?

Apparently, thinking ill of another person is much more serious than we realize. Thoughts are a serious affair. I actually impair my fellow, lowering his esteem in heaven, merely by suspecting him. I raise questions regarding his behavior, and up in heaven they notice — and no doubt reexamine his balance as a result.

There is one final lesson I feel worth noting from the story of Chana. As soon as Eli blessed Chana, Scripture states, “she no longer had her [sad] countenance” (1:18). Chana was encouraged by the High Priest’s blessing and fully confident it would come true. She was no longer even worried about her situation. The rabbi had blessed her; it was certain to come true. She and Elkanah hurried home and were blessed with a child immediately.

There is an interesting point to note here. If Chana was so sure this great man’s blessing would come true, why didn’t she go to him for a blessing to begin with? Many people nowadays, when faced with some serious need or ailment (and even when not), instinctively go to a great rabbi for a blessing, expecting that this great man will somehow make all their problems go away. And very often, no doubt such blessings are effective.

Yet Chana did no such thing. When she was hurting, she did not approach someone else to bless her or pray for her. She rightly recognized that it was she who was being challenged. G-d was testing her, seeing if she could rise to the occasion. (Of course, once G-d arranged it that she was due a blessing (a deserved one on account of Eli’s incorrect suspicions), she had no doubt it would be effective. The whole misunderstanding may well have been G-d’s way of signaling to her that her prayers had now been accepted.)

However, to initially go and ask someone else to intercede on your behalf practically misses the point of G-d’s challenge. It may very well help — but that was hardly G-d’s intent. G-d does not challenge us merely in order to add another name to a great rabbi’s prayer list. He challenges us so we can grow ourselves. Another person may well be able to get us out of our bind, but he cannot grow for us. Life is for growth, not for pulling the right strings to avoid difficulties. And once we realize this message and take it to heart we are ready to play the game of life.