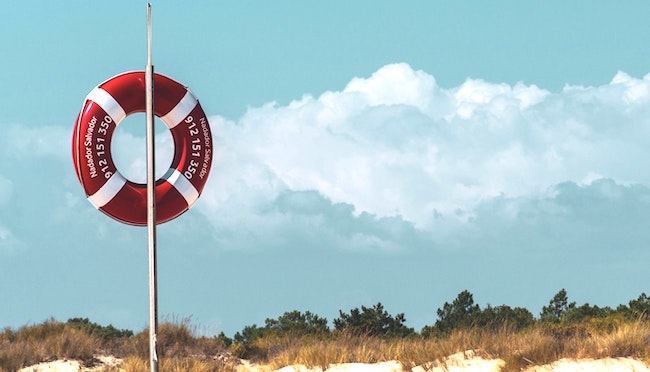 Chapter 6, Law 5(a) – Helping Those Who Help Themselves

What is [the meaning of] that which David said, ‘Good and upright is G-d; therefore he instructs sinners along the path. He leads the humble in the just way, and He teaches the humble His way’ (Psalms 25:8-9)? This is [the idea] that He sends to [such people] prophets, informing them of G-d’s ways and bringing them to repentance. A further [implication of the verse is] that G-d gives them the ability to learn and understand. For this is a quality of people in general, that whenever a person follows the paths of wisdom and righteousness, he desires them [more] and pursues them. This is as the Sages said, ‘One who wants to become pure, they (i.e., the angels of the heavenly court) help him’ (Talmud Yoma 38b). Meaning, such a person will find himself assisted in the matter.

So too the Egyptians. Each one of them who persecuted and harmed [the Children of] Israel, had he not wanted to harm them, he had the ability (lit., ‘permission’). For G-d did not decree on any specific man. Rather, He made it known to [Abraham] that eventually his descendants would be enslaved in a land not their own. And we already explained (5:5) that human beings do not have the ability to understand how G-d [Himself] knows matters which will be in the future. (Thus, the fact that G-d knows which Egyptians will enslave Israel and which Jews will commit idolatry is not a contradiction to each individual’s free will.)

This week’s law in the Rambam is quite long, and deals with two basic issues, both relating to the overall principle of free will. The first is basically a continuation of the Rambam’s earlier discussion. In the previous law, the Rambam explained the concept of praying to G-d for divine assistance or inspiration. King David does this quite often in Psalms. But can we really just ask G-d to purify our souls or grant us a good heart? Aren’t such things up to us? Isn’t it our job to improve our characters? And isn’t the principle of free will — which the Rambam has spent so much time discussing — precisely that G-d does not control our behavior but leaves it up to us? If so, can we really ask G-d to magically perform our spiritual growth for us, through no effort of our own?

To this the Rambam explained that David was not simply asking that G-d purify his soul for him for free. He was asking for something much humbler — which G-d may grant us if we pray for it: that our sins do not cloud our self-perception. As the Rambam discussed earlier, at times G-d removes free will from the truly wicked who no longer deserve this gift. That was not about to happen to the righteous David. But what might have occurred is that he would have lost his objectivity. When a person becomes sinful, he loses the ability to see himself for who he really is. He becomes accustomed to his wicked ways and dulled to his faults. And it’s very difficult at that point for a person to change his ways. He will hardly feel he has faults, let alone muster the stamina to address them.

And this is where prayer can be effective. G-d will not magically make us into better people if we pray. But He can help us correctly understand ourselves. He will grant us healthy self-perception. We will be able to see ourselves in the proper light, to recognize our faults and correct them.

And even more importantly, as we discussed last week, G-d will help us realize that our faults are not us. We are not so sinful there is no way we can improve. We are actually good people deep down — who just have faults on the outside we must address. The biggest step towards self-improvement is simply recognizing our own greatness, that our inner souls are not sullied by our many mistakes. For once we truly recognize just who we are, living up to that knowledge is natural and instinctive.

The first part of the Rambam today continues this overall theme. G-d “instructs the sinners” and “leads the humble” not by directly causing them to improve. That would fly in the face of the man’s free will. Rather, He sends us messages, urging us to repent. In ancient times, this would often be via His prophets. But even today — as we all know — G-d oftentimes sends us subtler messages when our behavior needs improvement. Little things go wrong along the way. G-d gently interferes with our plans in the hope we’ll get the message.

To cite my own simple example, there were times in the past when I would leave morning synagogue services more promptly in order to make it to work sooner (this was quite a number of years ago — when I sill I lived in the US). I began to notice that whenever I would do that, I would somehow get on the entirely wrong traffic-light cycle, and find myself waiting 5+ minutes at red lights — something which never seemed to occur to me when I stayed in the synagogue longer. I got the message. And there is nothing unique about my case. Any one of us will notice — if we only pay attention — that the little things which go wrong in life are often G-d’s veiled way of nudging us in the proper direction. We need only notice it and hear G-d’s message.

Secondly, explains the Rambam, G-d will at times strengthen people who show a sincere desire to improve. Although again G-d does not control our behavior, He will aid us if we begin to make the effort ourselves. “One who wants to become pure, they help him.” If we push ourselves in one direction, we may be too weak to effect true and lasting change ourselves, but G-d will be there to carry us through. Self-improvement is hard work, but G-d — even more than we — wants to see us succeed. He Himself will help us along the way.

We now turn to the second part of the Rambam. The Rambam raises another famous issue relating to free will: How does prophecy reconcile with free will? If a prophet comes along and says the Assyrians will attack tomorrow, doesn’t that mean they have no choice but to attack? Doesn’t that basically mean they must do what G-d has stated, whether they want to or not? And if so, how can G-d punish them for doing what they must?

As an important aside, the Rambam, in his final line, alludes to an earlier discussion he had on the matter. G-d Himself knows the future. He knows every act which will occur from now till the End of Days. If so, even without a prophecy the Assyrians have no choice but to attack us. G-d already knows it is going to happen. The enemy was simply following a pre-written script, which already dictated every act it would do.

The Rambam addressed this issue earlier. The gist of his answer was as follows. Just as G-d is infinite and above time, so too is His knowledge. Thus, when G-d knows the future, it is not truly the “future” He knows. He knows knowledge on a level above time — in which “future” as we know it does not exist. In fact, time itself is merely a creation of the Almighty. Thus — so far as man is concerned — the “future” is not yet known. It is still open to us; we can act however we choose. The future is only known on a plane in which “future” is meaningless. To us time-bound humans, it is still indeterminate. Now, how actually this can be is beyond the grasp of the human mind. Since we are bound by time, we cannot fathom existence without time (or space for that matter — yet another of G-d’s creations). If so, this answer is almost by definition not understandable to us. Yet, we can rest assured that an answer does exist. G-d’s knowledge of the future does not in any way impinge upon man’s free will.

Now, however, the Rambam introduces a new factor. Let’s say that knowledge of the future has been conveyed to man via prophecy. Now the future is not knowledge on some infinite spiritual plane. It has been brought down to this earth, to the physical world of time. Now man knows the Assyrians will attack tomorrow. And that would appear to contradict man’s free will. Once man knows what the future will bring, presumably we have no choice but to obey it. The future has already been established. And if so, how can G-d punish man for actions He already told us we were going to do?

Okay we’ll close at this point. As we’ll see G-d willing in the next installment, the Rambam’s answer is fairly straightforward. I will explain it briefly as well as offer another one of the other main approaches to this quandary suggested by other Jewish thinkers.