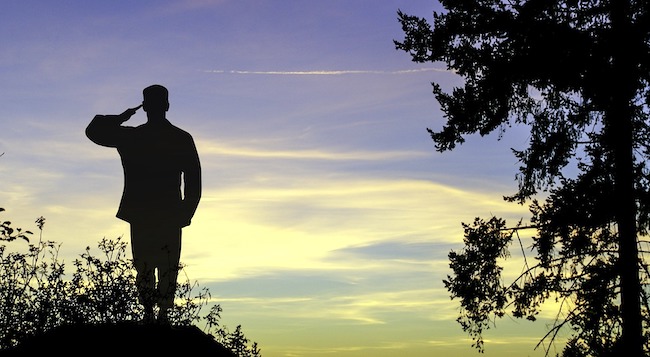 By Rabbi Dovid Rosenfeld | Series: Maimonides on Life | Level: Beginner
[Note: The first part of this law I translated in the previous class.]

So too the Egyptians. Each one of them who persecuted and harmed [the Children of] Israel, had he not wanted to harm them, he had the ability (lit., ‘permission’). For G-d did not decree on any specific man. Rather, He made it known to [Abraham] that eventually his descendants would be enslaved in a land not their own. And we already explained (5:5) that human beings do not have the ability to understand how G-d [Himself] knows matters which will be in the future. (Thus, the fact that G-d knows which Egyptians will enslave Israel and which Jews will commit idolatry is not a contradiction to each individual’s free will).

Last week we introduced the Rambam’s question. If G-d decreed upon the Egyptians to enslave Israel, how can He punish them for doing so? They were instructed to afflict us — they were merely carrying out G-d’s orders! Further, theologically speaking, the Egyptians had no free will in the matter. They really had no choice whether or not they would enslave us. G-d already told Abraham the future, that we would be slaves in a foreign land. If so, isn’t it physically impossible for the Egyptians to do anything else? Their future was already determined! How could they have possibly done otherwise?

(As an important aside, we discussed briefly in an earlier class (5:5) that “negative” prophecies — e.g. that a tragedy is looming, can be averted through our repentance. Such prophecies are merely stating what would happen if nothing changes and we do not merit Divine aid. If, however, we improve our ways, we can become more deserving and reinvent our future, so to speak.)

The Rambam answers that in the verses he quoted, G-d’s prediction of the future was very broad. The Torah stated in the most general way that the Egyptians would enslave us (more precisely, that some foreign nation would do so), or that we would stray after idolatry. All of the details were purposely omitted. G-d thus did not decree on any single Egyptian to sin. In a very general sense the servitude would occur. That was predetermined. But who, when and where were all decided by the individual actions of each Egyptian — each of whom would bear the responsibility for his decision.

The Ramban (with an ‘n’ at the end), known as Nachmanides, was a leading medieval Torah scholar of 13th century Spain. He was a great Talmudist, Kabbalist, and philosopher whose many works are considered primary to Jewish scholarship till this day. In his commentary to the Bible (Genesis 15:13), he disagrees with the Rambam’s basic approach. If G-d decreed that the Egyptians would enslave us, how could He fault an individual for doing so? Such a person should be praised! He was fulfilling G-d’s will! Unlike the Rambam who claimed that each Egyptian should have excused himself, each should have jumped on the opportunity to fulfill G-d’s command! We should hurry to perform G-d’s will — whether it seems kind or cruel to us on the outside. G-d certainly knows what is right. If it’s a mitzvah (good deed), if it’s meant to be, we should be the first ones to do it. If so, why did G-d punish the Egyptians for obeying His command?

The Ramban offers his own answer, based on Zechariah: “I am zealous for Jerusalem and for Zion a great zeal. And great wrath I rage against the nations who are at ease. For I angered a little [against Israel] and they helped [in doing] evil” (1:14-15).

The subject of the quoted verse is quite germane to our issue. G-d angered at wayward Israel and sent foreign nations to exact His vengeance. But G-d’s earthly messengers went much too far — and did it far too eagerly.

And the same is true regarding the Egyptians. Had they simply “enslaved and afflicted” Israel, they would have merely been following G-d’s orders. But in fact they did much more. Throwing our babies into the Nile was not part of the original decree, nor was “embittering” our lives (Exodus 1:14). Our Egyptian taskmasters gave us both dangerous and humiliating work — as much to crush and demoralize us as to work us. They were clearly not simply following G-d’s instruction. And as most of our enemies over the millennia, they enjoyed it far too much.

During the infamous Nuremberg Trials (1945-46), in which some of the top surviving Nazis were tried for war crimes by international tribunal, one of the main defenses offered by the defendants was that they were simply “following orders.” They didn’t mastermind the horrific murder of so many Jews or unleash a war which cost the lives of tens of millions. They were merely following the instructions of their superior officers — as any well-disciplined soldier must.

This defense was rejected at Nuremberg. The Allies went so far as to issue a decree in advance of the trials repudiating such an argument. Their reason was because if an act is morally reprehensible — if it clearly is the “wrong” thing to do, following orders is no excuse. One cannot hide behind his superiors if he knows full well that what he is being told to do is evil. War crimes and crimes against humanity are simply wrong. Decisions regarding military strategy and tactics can be relegated to the judgment of one’s superior officer, but clear-cut matters of right versus wrong cannot.

My teacher R. Yochanan Zweig pointed out that at Nuremberg the Allied judges could have given a much more basic refutation, based on the Ramban. It is most likely true that one cannot hide behind his commanders for ethical decisions. But here there is a better test if such an argument is valid: Did you want to follow those orders? When you followed your orders, did you do it reluctantly and submissively, from a sense of military duty, or did you do it zealously and viciously? Was your every act against the Jews a dutiful following of instructions, or did you enjoy beating and torturing your prisoners, and condemning them to death? Were your deeds obedient or were they sadistic?

If the latter, then clearly you cannot hide behind your soldierly duty. You may have been instructed to do X, but if you did it eagerly and ruthlessly, you clearly had a hand in it. You were not just a stand-in for your commander. The acts were your doing; you put yourself behind them. They were thus your responsibility far more than anyone else’s.

And this was clearly the case with the Egyptians. G-d may have decreed that they enslave the Jews, but they clearly didn’t care a fig for G-d’s orders. (In fact, to my knowledge, I don’t think they were even aware of G-d’s decree.) They wanted to harm and mistreat us. Not only did they go much further than G-d’s decree, but they did it far too enthusiastically. And the best proof is that when the slavery was to end, when G-d commanded Pharaoh to let His beloved nation go, they outright refused to listen. And if so, every act they did — even the part G-d did decree — was not a following of G-d’s instructions, but their own acts of cruelty and injustice. And for every act they would be judged.

And this is one of the great lessons of G-d’s justice system. As we’ve discussed in past weeks, much of what happens in this world is truly G-d’s doing. (To what extent are the events of this world G-d’s doing or His acquiescence is a topic we touched upon recently. A wide range of opinions exist among classical Jewish thinkers; see 5:4.) If so, much of what we do on this earth, whether good or bad, we could see as a mere fulfillment of G-d’s wishes. So if I insult Harry or damaged his property, well, G-d really wanted it to happen anyway. How am I to blame?

But in truth, G-d judges us for all our actions. How does that reconcile with G-d’s knowledge of the future, His control of events, and His orchestration of history? We do not know — but it’s not our problem. Somehow G-d knows what we will do yet He doesn’t control us. He willed Harryy to suffer but He still blames us for doing our part. Nothing occurs in this world without G-d’s acquiescence, yet we are to act as if the fate of mankind lies solely in our hands. If we decide to act a certain way, it is our decision and our responsibility. How does it reconcile with G-d’s control of events? We simply cannot know — and it really doesn’t matter.

The Talmud, when discussing some of the major foreordained events of this world — where the players seemed to be in control but in truth G-d was orchestrating history — often uses the expression that it was through the “deep schemes” (“eitzah amukah”) of the King of the universe. How could we be exercising our independent free will yet G-d actually be willing our decisions? Through G-d’s “deep schemes.” We cannot possibly fathom how it works, yet both are occurring at once. But bottom line, ours is not to worry about G-d’s ways. It is to do our job, to try our best, and to take responsibility for our decisions. “And know that for all these G-d will bring you to justice” (Koheles (Ecclesiastes) 11:9).