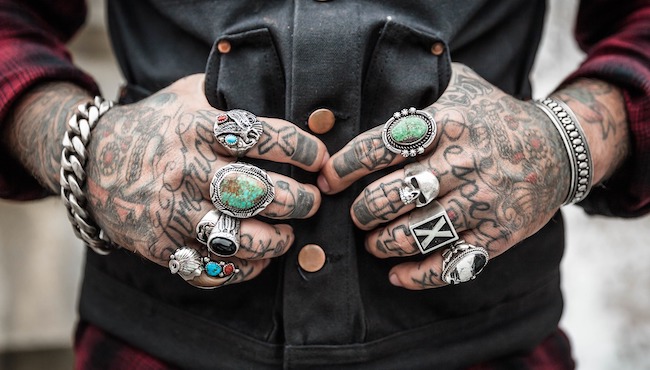 Tattooing: Under Your Skin 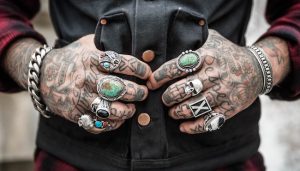 A Jew is prohibited by the Torah against tattooing his body – namely to arrange to have an indelible inscription etched into one’s skin (Vayikra 19:28).

In contemporary Western society, there is a morbid fascination with body art.

What emerges from tattooing – the process of which entails scratching the skin and applying ink so that the writing or design is of a permanent nature – is an erroneous perspective of the human body where a person is free to do with it whatever his heart fancies.

Whether as a decorative design or as an object of fashion, the Torah emphatically forbids a tattoo on any part of the human body. The Torah framework educates how, in truth, man cannot consider himself the true owner of his body; for he is merely the humble custodian of this divine gift.

It is not him, even though it is his to put to excellent use. It is his to hold, his to safeguard and his to protect for the duration of his limited period of his lifetime on Earth. It is not his to abuse, to deface or to destroy.

Rabbi Shlomo Wolbe ztl observed how an astronaut can only walk and survive in space dressed in a spacesuit. Similarly, the only way how a soul can operate in this physical world, for any period of time, is by being enveloped in a body, a suit of flesh and blood. Without this, he cannot function.

But the ‘body’ is not simply the clothing of the ‘soul’.

The human anatomy itself expresses the mystical forces of how G-d engineered His Creation whose climax was the fashioning of man. Indeed, the structure and bodily organs therein correspond to the spiritual building blocks of the universe – to the extent that the human body is said to ‘bear’ the imprint of G-d: “In my flesh shall I see G-d” (Iyov 19:26).

The ‘body’ is designed for the ‘soul’ to interact with the physical world to serve G-d. However its very nature is to be a temporary garb – one that it shed upon arrival to the World to Come – akin to the astronaut takes off upon his return to Earth. It is not permanent. Hence any permanent mark on its skin, such as a tattoo, goes against the very nature of its functionality.

The Jewish nation is an inward looking rather than an outward projecting people. The beauty of the body lies in its internal workings on and its divine occupation. It is not a superficial, ‘skin deep beauty’, an extraneous man-made addition that goes against the spiritual function that the body serves. The course is presented by Osher Chaim Levene, author of SET IN STONE (2004: Targum) about the meaning of mitzvah observance and PEOPLE OF THE BOOK (2007: Targum) about the biblical personalities. A London-based writer and educator, he learned at the Gateshead and Mir Yeshivas, holds a Bachelor of Science (Honors) business degree from London’s City University, and is a Member of the Royal Institution of Chartered Surveyors.