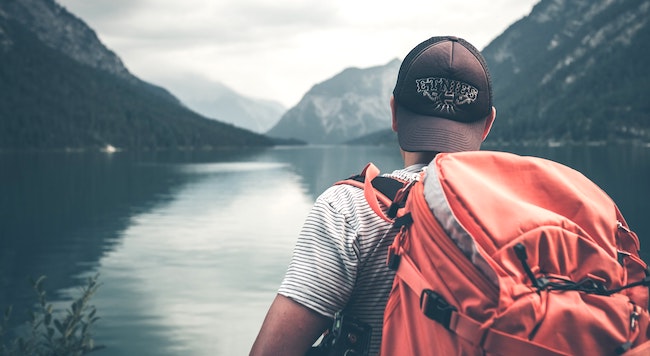 Chapter 7, Law 8 – The Practicalities of Return

It is the way of people who have repented (lit., ‘masters of repentance’) to be lowly and exceedingly humble. If fools mock them on account of their earlier deeds, saying to them, ‘Yesterday you used to do such and such and yesterday you use to say such and such,’ he should not take note of them. Rather, [repenters should] hear [such taunts] and rejoice, knowing that this is a merit for them, and that every time they are ashamed of their past deeds and humiliated on account of them, their merit is increased and their eminence is magnified.

It is a terrible sin to say to a repenter, ‘Remember your past deeds,’ to mention them in his presence in order to embarrass him, or to mention matters similar to them in order to remind him what he did. All [such things] are forbidden; we are prohibited in such by the general prohibition of verbal abuse, as it is stated ‘You shall not aggrieve, a man his fellow etc.’ (Leviticus 25:17).

This law is the final of Chapter 7. Up until now, the Rambam has been discussing the greatness of teshuva (repentance), how it transforms the sinner, formerly detestable in G-d’s eyes, into one of G-d’s beloved servants. This week’s law perhaps takes the wind of out the repenter’s sails, telling him that in spite of his greatness in G-d’s eyes, he must assume a very low profile and humble demeanor, never entirely forgetting his past mistakes.

I believe there are two primary reasons for this. First of all, a repentant sinner must realize he is always vulnerable to slipping again. He is a recovered alcoholic; he must always be vigilant against falling back into his past ways. As sincere as his repentance was, he must always keep in mind that he has already tasted and developed an appetite for sin. He cannot give himself the luxury of entirely forgetting his past. His evil inclination may well come back to haunt him.

This of course does not mean that the repenter must go around feeling rotten about himself — that no matter what he does he will never shake off his past failings. Living with a sense of failure is crushing. It is also a great recipe to slip again: Why not? I’m a failure anyway — and nothing I ever do will alter that fact. In fact, to the contrary, the Rambam taught us earlier (Chapter 7, Law 4) that G-d loves repenters even more than those who have never sinned.

Thus, the repenter must be careful not to become too down on himself. Yet he must always be vigilant. He can never be overconfident, too full of himself on account of his more recent achievements — which in fact really are greater than those of the one who never sinned. He must live with the humbling sense that his level is precarious, that he’s just not — and never truly will be — as secure as others who have never tasted sin.

It is true, such is a difficult balancing act for the repenter — feeling bad over his past mistakes without harming his self-esteem, distrusting himself without being down on himself. And to be honest, someone who has to live like that will probably wish he had never slipped in the first place — allowing him to be fully comfortable with himself and not overreactive to every whiff of temptation which comes his way. But such a person must simply live with such conflicting emotions.

I should add that the above is much less relevant for most repenters today. Most people who repent nowadays grew up in families where they had little exposure to authentic Judaism. Thus, in their pasts they may have observed very little, but it was typically not their fault. And so, they will still need to maintain the vigilance of one who has already developed an appetite for sin and who is new to observance, but they do not need live with the humbling sense that they have failed in the past and may so easily slip again.

I believe there is a second reason why the repenter must assume a low profile — and it’s a very relevant psychological issue. If the repenter returns and attempts to become part of an existing Jewish community, he should be careful not to be too uppity in front of his fellows who have never slipped. Do not too strongly demand your equal rights, that you are just as mainstream — in fact even better — than the rest of them. It is impossible that there will not be uncomfortable feelings between people who sinned and returned and those who never slipped. They may well see him as the overly assertive upstart, who is now trying to force his way back when he sinned and they didn’t. (Again, this is (hopefully) much less relevant when the person grew up in an irreligious background and so could hardly be faulted for his past.)

Yes, as the Rambam also told us, the rest of the community must certainly not do anything to remind the repenter of his past or make him feel uncomfortable or unwelcome. Yet people are people. It is almost inconceivable that some level of uneasiness will not exist between people whose past choices and experiences differ so sharply.

I should point out that this type of situation has repeated itself so many times throughout our history. The Jews were given the ultimatum by the local rulers: Convert (generally to Christianity or to Islam — it made little difference to us…) or face exile. Leave with nothing more than you can carry on your backs (but give us all your valuables first). The Spanish expulsion (1492) is the most famous example of this, in which 150,000-200,000 Jews suffered exile, but it occurred almost routinely throughout our history in the Diaspora, especially in Europe.

(As an aside, one of the ongoing vexing issues in Middle East politics is the Palestinian refugee crisis. The issue refuses to go away primarily because most of the descendants of the original refugees are still being cordoned off in refugee camps by their Arab neighbors — in the vain hope of using their misery as a bargaining chip to pressure Israel into their return. Now the plight of the refugees has been a constant source of anti-Israel sentiment, especially in Europe. And it has been wryly noted that virtually all of those very sympathetic European nations have kicked out their own Jews — often multiple times — throughout the ages. And we just picked up and started again somewhere else. And this is not even to mention the hundreds of thousands of Jewish refugees expelled from the Arab nations at the time of the creation of the State of Israel, who were immediately accepted as citizens and absorbed into the nascent nation.)

Very often the situation in our past has gone something like this. The Jews in country #1 are given the ultimatum — convert or leave. Most of the Jews heroically accept expulsion. They arrive penniless in more hospitable country #2 and rebuild their lives from scratch. Meanwhile, a different segment of the Jewish community — typically the wealthier, the less traditional, the better integrated — cannot bring themselves to part with their past lives and opt for conversion — at least on the surface. Then, at some later point, some of the converted Jews of country #1 manage to make their way out to country #2, reasserting their religious beliefs in the process, and often attempting to rejoin the very communities they earlier abandoned.

One can imagine the tension which existed between such people. We sacrificed all for religion! You guys buckled, and now you want to return — with all the wealth you didn’t have to part with while we were exiled penniless — and now you want equal honors in the synagogue?! And one can equally imagine the other side, living with the guilt of their past weakness, at the same time indignant over the second-class treatment they’re receiving and the other side’s refusal to exercise the divine quality of forgiveness.

It should be pointed out that great rabbis all throughout the ages (Maimonides included) publicly called for the acceptance of such returnees to our synagogues and communities. Even though such people unquestionably sinned by outwardly recanting the faith — one of the few sins in Judaism for which one must give his life rather than transgress, that is a sin between the person and his G-d. Such a person will have to stand judgment for his lapse — but he must stand it before G-d, not his neighbors. It is not our job to condemn people for their past failings after they have come back to repent. Yes, they did wrong, but our job is not to punish or to rub it in. It is to accept the penitent for whom they are — just as we would hope G-d accepts us when we repent.

I guess we’ll end our discussion on this note. It’s actually fascinating — as well as heartrending — to consider just how relevant many of the laws we have studied have been throughout our history. Jews suffer discrimination and exile — or find themselves too comfortable among their Gentile hosts — and as a result lapse or recant their faith altogether. And those same Jews, later in their lives (hopefully not on their deathbeds), regretting their past sins and coming to return. We’ve had a colorful history — rich in drama, rich in legal complexity, and rich in heartbreak. Our generation carries a long and heavily-laden history behind it. Let us not drop the ball now.