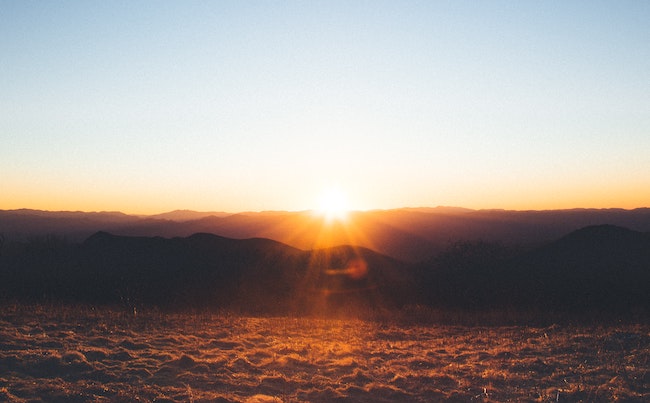 On account of this, all of Israel — their prophets and sages — yearned for the era of the Anointed King (the Messiah), in order that the wicked kingdoms, who do not permit Israel to occupy itself in Torah study and mitzvah observance properly, will be put to rest. [The Children of Israel] will [then] enjoy serenity and will increase wisdom in order that they merit the life of the World to Come.

This is because that king who will rise from David’s descendants will be a wise man greater than Solomon and a great prophet nearly as great as our teacher Moses. Therefore he will teach the entire nation and will instruct them in the way of G-d. All of the nations will come to hear him, as it is stated, ‘And it will be in the End of Days that the mountain of G-d’s house will be established on the top of the mountains… [and all the nations shall flow unto it. And many people will will go and say, ‘Come, let us ascend to G-d’s mountain… and He will teach us of His ways…’]’ (Isaiah 2:2-3).

The final reward in its entirety and the ultimate good which will never be interrupted or decreased is the life of the World to Come. By contrast, the days of the Messiah are [a part of] this world, and the world will operate in its ordinary way, just that sovereignty will return to Israel. The earliest Sages have already stated, ‘There is no difference between this world and the days of the Messiah other than the subjugation of the nations alone’ (Talmud Brachos 34b).

This week’s law closely follows the Rambam’s earlier discussion. In Law 1 the Rambam explained that the rewards the Torah promises the faithful — rain, crops, peace, good health — are not the true reward for our deeds. That will be in the World to Come. They are rather the fringe benefits G-d provides us — in order to make it easier for us to serve Him. If we serve God to the best of our abilities, He will remove the difficulties and distractions which draw us away from Him. We will not have to suffer hunger, disease or war. The world will provide us with our needs — so that we will be able to dedicate ourselves fully and wholeheartedly to the service of G-d.

This week the Rambam broadens this topic, relating it to the Messianic Era. There too Scripture promises world peace and harmony. And the Rambam sees precisely the same purpose in that. The greatness of the End of Days will be the very simple fact that we will be able to serve G-d undisturbed. Rather than suffer exile and deprivation, Israel will be ascendant. The entire world will recognize the G-d of Israel and unite in His service. It will be a time of world peace, of universal enlightenment. But perhaps best of all, nothing will stop us from studying G-d’s Torah all day long.

There is something I find enormously refreshing about the Rambam’s approach to the age of the Messiah. We tend to think of the Messianic Era in very frightful, supernatural terms. Some apocalyptic struggle will take place — the final showdown between good and evil. Good will ultimately triumph but only after much blood is spilled on both sides. As I’ve quoted in the past, Sages in the Talmud actually went down on record saying that they would much rather not be around for the Messiah’s coming (Sanhedrin 98b). It ain’t gonna be pretty. Unless mankind begins behaving much better than it presently does, the transition to that period will be cataclysmic indeed.

Likewise, when the end comes, we tend to think of it in very otherworldly terms. The few of mankind to survive Armageddon will live some utterly supernatural existence — in a world we do not know and probably would not care to be in. Or perhaps we see the End of Days in political terms — as do some other religions. The Messiah will be warrior-king, scion of King David, running a worldwide empire of blood and steel. He will send his faithful troops to the four corners of the earth, violently subjugating all the nations of the world to G-d’s majestic (if ironfisted) reign.

The Rambam, in refreshing contrast, depicts the age of the Messiah in much more modest, relatable terms. When the Messiah comes, we will be granted all we really wanted during our many years of exile: to be left alone. We will serve G-d undisturbed. No one and nothing will hinder us. In fact, the nations of the world will come to us — far from our having to subjugate them — both to assist us in serving G-d and to learn G-d’s wisdom from us. It will be, more than anything else, an age of universal knowledge. “For the land will become filled with the knowledge of G-d as the waters cover the sea” (Isaiah 11:9).

There are two very important lessons which emerge from the Rambam’s picture of the End of Days. The first is that the Messianic Era may be viewed not as the end of world history, but in a sense as a beginning. History is not brought to a successful resolution with the Messiah’s arrival. Judaism does not see the Messiah as a greater-than-life figure, who will atone for us all and single-handedly bring about world salvation. In fact, Scripture focuses much more on the Messianic Age than the person of the Messiah.

There is a second lesson from the Rambam’s description of the End of Days which I find especially heartwarming. The Age of the Messiah is depicted as a time of universal harmony. Mankind will unite in service of G-d. We will all be striving toward the same noble goal, and we will all help each other get there.

Now, when we consider this image as compared to Israel’s years in exile, a very beautiful contrast emerges. The Jewish people have arguably been the most mistreated, persecuted nation to have walked the face of the earth. At best we have suffered prejudice and second class citizenship. At worst we have faced pogroms, expulsions, and genocide. When the final judgment arrives, there is no question that the many wrongs and injustices Israel has suffered throughout the ages will be righted. Many unpaid debts will be collected in full. God has not forgotten a single tear or drop of Jewish blood. The Messiah will have a lot of scores to settle. And that’s a guarantee!

Yet, even so, this image does not figure in to the Sages’ description of the End of Days in the slightest. There is no hint that at long last we will rough up the nations who for so long have bullied us. We do not see the age of the Messiah as one in which we will gloat or have the last laugh, those despicable nonbelievers groveling at our feet begging us for mercy.

In fact, quite the opposite will occur. We will lead those very nations who have persecuted us to their salvation. Certainly we will be at the helm. But the age of the Messiah is not one in which we will dominate and conquer the nations, but one in which we will guide them. We will tell them — and they will listen to — the message we had for them all along: that there is an infinite God who loves them and cares for them, that He gave us mitzvos (commandments) to enable us to gain a connection with Him and earn the World to Come. Rather than lording over those low-down goyim (Gentiles) who never paid us any heed, we will happily give them what their souls needed all along. We will at last be that “light unto the nations” (Isaiah 42:6) G-d intended us to be.

Many Jews have died at the hands of the Gentiles with the “ani ma’amin” on their lips, expressing their belief that the Messiah will ultimately arrive and bring about the redemption. My teacher R. Yochanan Zweig explained what the ani ma’amin under such circumstances means and what it does not mean.

The ani ma’amin does not mean that today you are beating us up, but in the future the Messiah will arrive and we’re going to beat you up. Pious Jews about to give their lives in sanctification of G-d’s Name did not have such pettiness on their minds.

Rather, such Jews were seeing purpose in their suffering. They saw that even in their darkest moments, when G-d’s guiding Hand appeared least evident, G-d was really there for them all along. The suffering of today is somehow a step toward the ultimate salvation of tomorrow. It is somehow one of the required steps to bring the Messiah. Thus, rather than being wrapped up in their own suffering, such people turned outwards, seeing G-d’s hand at its most hidden time. Instead of looking angrily at the Gentiles who persecuted them and awaiting their sweet revenge, they saw the faintest dawning of the glorious End of Days — the day in which we will bring our very oppressors to salvation. May that time come speedily in our days.