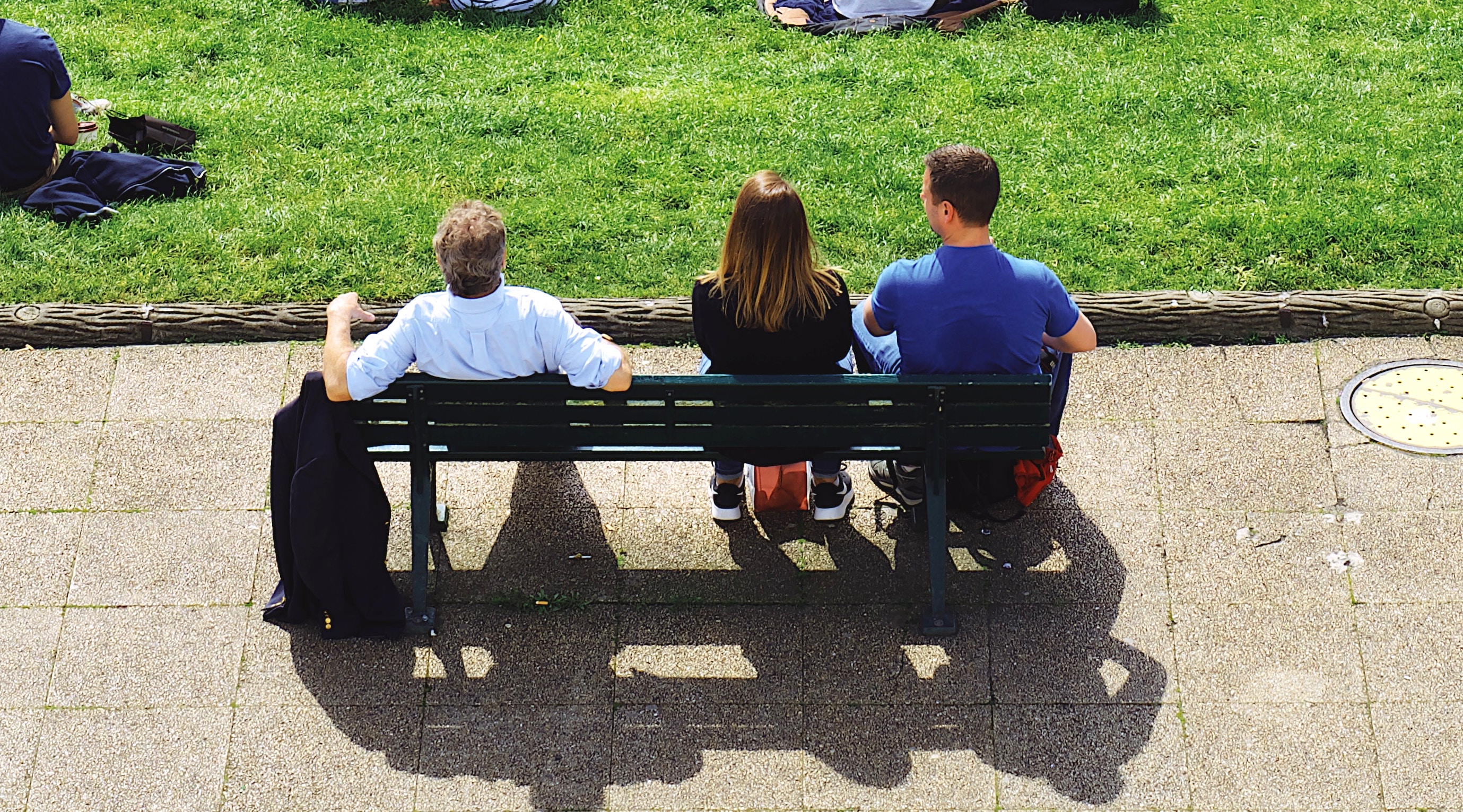 Chapter 2, Law 9 – Discovering the Without

Teshuva (repentance) and Yom Kippur atone only for sins between man and G-d, such as one who ate something forbidden, engaged in illicit sexual relations, and the like. But sins between man and his fellow, such as one who injures, curses or steals from his fellow and the like, are never forgiven until [the sinner] repays his fellow what he owes him and appeases him. Even if he has returned the money he is obligated to [his fellow], he must appease him and ask him to forgive him. Even if he has only provoked his fellow with words, he must appease him and entreat him until he forgives him.

If his fellow does not want to forgive him, he must bring a group of three people from among his [fellow’s] friends and they entreat him and ask of him. If [his fellow] is not appeased by them, [the sinner] brings a second and third [such group]. If [his fellow] is [still] not appeased, [the sinner] leaves him and moves on — and the one who did not forgive is [now] the sinner. If, however, [the person he wronged] is his Torah teacher, he must come [before him] even a thousand times until he forgives him.

This week’s law makes a very simple distinction. Although the Rambam spent much time describing the power of teshuva and the efficacy of Yom Kippur, neither of these do any good if the person you wronged is still hurting. As merciful as G-d may be, it is simply not up to Him to forgive you the wrongs you did someone else. For such, only your aggrieved fellow can forgive you. And if he is just too hurt to find it in his heart to excuse you, there is little G-d can do to help. He may forgive you for the fact that in sinning to one of His children you have sinned to Him as well, but He will not and cannot forgive what you did to your fellow man.

In truth, this makes for a very difficult arrangement. As we know, G-d is all-good. He is loving, forgiving, and patient with our faults. As the Sages attest many times, He may accept — even cherish — our slightest act of penitence. He may consider such teshuva satisfactory for our worst crimes. And such decisions are exclusively in G-d’s all-merciful hands. Thus, in sins between man and G-d we can rest assured that our repentance, small and insufficient as it may be, is accepted and effective to the maximum degree possible.

When we sin to others, however, there are no such assurances. Say we really do regret our past behavior. We sincerely apologize to the person we have wronged. But he just won’t budge. He’s unreasonably stubborn. He couldn’t care less that you really regret your past behavior. He just doesn’t want to hear from it; you can stew in your own sinfulness as long as you live for all he cares. What do you do? Is there no recourse other than somehow reaching your bitter, obstinate fellow?

(It’s true, as the Rambam explained (based on Talmud Yoma 87a), at a point you “leave him and move on.” If I have done everything in my ability to demonstrate my sincerity, at a point I no longer need concern myself with my fellow’s intransigence (provided he’s not my Torah teacher). Yet, as we also saw, I must make great efforts till that point is reached. My goal is to reach my fellow and attain his forgiveness on his terms — regardless of his pigheadedness.)

But in truth, the idea behind this is a very important one. If my religion and my repentance are between me and G-d alone, it’s quite comfortable. I know — and this is 100% true — that G-d loves me unconditionally and just the way I am. He knows deep down I have a pure and beautiful soul which wants nothing other than closeness to Him. He knows about me just what I know about myself: that deep down I really am a good person — even if in behavior I don’t always live up to my ideals. Sure G-d wants me to improve, but He understands. He knows that my slips are not whom I really am and how I really want to be.

In a sense, this attitude is wonderful and very healthy. It gives a person a secure sense of self-esteem and acceptance. Even when I slip I know I am not a failure. I am still an inherently great human being, just one who needs to be a little more careful.

The problem, however, should be self-evident by now. That warm and fuzzy feeling of closeness to G-d can engender such smugness that it will be very hard to shake myself out of my complacency, to look at myself harshly and critically and recognize just how much work and improvement is before me. But I’m great! I am G-d’s beloved! And the problem is exactly that: the very truth of such an attitude can do me in, and keep me from truly realizing my potential.

Then enter other people, with all their faults, foibles, and idiosyncrasies. Most folks out there (short of our mothers; certainly not our wives) do not love and believe in us unconditionally. They may very well not be able to stand us. And this adds an entirely new dimension of challenge to our lives. We now need to earn their approval — and attain their forgiveness if for whatever strange reason we’ve managed to rub them the wrong way.

When it’s between me and G-d, it’s all love and acceptance — with a little fine print that I really ought to be better. Once other human beings are added to the mix, however, it’s a whole new ball game. I need to outgrow my own perspective. I need to realize that as perfect as I am in my (and G-d’s) eyes, other folks just don’t see things that way (and they too are wonderful in G-d’s eyes). And I must grow. I must see beyond my own way of viewing the world and understand others for whom they are, for what they value, and for what they can’t stand. I must leave that comfortable cocoon where all was self-centered smugness and see myself in the same harsh and sometimes antagonistic light others see me. And I must surmount that most difficult task of all — learn to live with other human beings.

This in a word is why the Torah places such emphasis on obtaining the forgiveness of my fellow. This is the only true path to self-growth, to grow out of my own shell and to learn to understand and regard the perspectives of other human beings, to learn to view myself with the stark objectivity I must.

After creating Adam, G-d said, “It is not good that man be alone; I will make a helpmate for him” (lit., “opposite him”) (Genesis 2:18). G-d then proceeded to put Adam to sleep, fashioning a wife for him out of a part of his body (precisely which part is a matter of dispute).

We tend to think G-d’s rationale for creating Eve was to alleviate Adam’s loneliness. Man was “alone” and clearly in need of some company.

My teacher R. Yochanan Zweig, however, observed that Rashi (R. Shlomo Yitzchaki; great Torah and Talmud commentator of 11th Century France ), in his commentary to that verse explains somewhat differently — and eye-openingly:

Thus, the reason for Adam to have a wife was not to cure his loneliness. It was so that no one — Adam chief among them — would mistake Adam for a whole, self-contained being. (According to one opinion in the Talmud, Adam was originally created complete — with both male and female aspects. The creation of Eve was more a dividing of man into his two halves than an act of creation per se.) If Adam had only himself, everything in life would be on his own terms. He would have no sense of a need for and interdependence upon others. All would be viewed according to his own needs and from his own selfish perspective. He would be all there was to his reality; he would be god.

Enter a wife and everything changed — big time. We can describe the holy bond of marriage in all sorts of romantic, spiritual and metaphysical ways — and there’s certainly truth to it all, but a great deal of marriage is simply having a wife to cut a person down to size. Without a wife I’m god. Everything is from my own selfish, self-centered, childish perspective. With one I am forced to realize that there are needs, wants and perspectives outside of me. As close as husband and wife strive to become, ever since Adam and Eve each partner is on the outside — viewing the other from the more objective without. And so, they each must not only learn to become more considerate; they must endeavor to understand the wants and needs of others, and learn to live in peace with those outside of themselves.

(Based in part on a lecture heard from R. Yitzchak Berkovits (Jerusalem).)