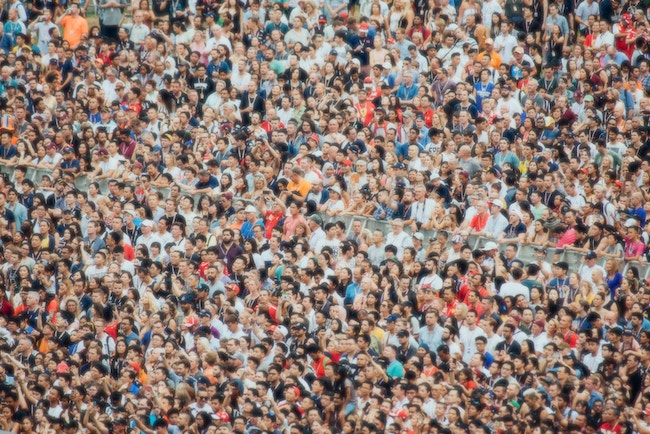 Those who cause the public to sin, whether one who brings them to sin in a serious matter, such as Jeroboam, Tsaddok and Bysos, or whether one brings them to sin in a minor matter, even to annul a positive mitzvah (commandment). Likewise, one who forces others until they sin, as Manasseh (Menashe), who used to kill Jews until they would perform idolatry, or one who causes others to err and pushes them away [from Torah observance] as Yeshua.

This week the Rambam continues to list sinners so reprehensible they lose their share in the World to Come. We are now in the second half of the Rambam’s list, discussing people whose rebellion is not philosophical — they presumably believe in G-d and His Torah, but whose behavior is so sinful as to set them apart from the Jewish nation entirely.

The Rambam illustrates this week’s law with several examples from Scripture or Jewish history. Jeroboam (Heb: Yeravam; see I Kings 11-12) was the first ruler of the Kingdom of Israel, the breakaway nation from the united twelve tribes of Israel. After King Solomon’s death, his son Rehoboam (Rechavam) insisted on taxing Israel oppressively, against the advice of his older advisers. As a result, most of the nation rejected him for his rival Jeroboam, a former servant of Solomon. Ten of the twelve tribes sided with Jeroboam. Only the southern tribes of Judah and Benjamin remained faithful to the House of David.

Now Jeroboam had a difficulty maintaining a kingdom in the north. The Temple stood in Jerusalem, the capital of the southern kingdom (which then became known as the Kingdom of Judah). Not only was that the center of Israel’s religious life, but by Torah law virtually all Jews are obligated to pilgrimage to Jerusalem three times a year on the major holidays. Jeroboam justly feared that as a result of such a mass exodus, with his entire nation viewing Rehoboam presiding over the Temple service occurring in his capital city, the hearts of the people would naturally return to Jerusalem and the House of David.

To halt this feared reconciliation with the south, Jeroboam forbade the tri-annual pilgrimage to Jerusalem, instead erecting two golden calves in his kingdom, one in the territory of Dan in the north, the other in Beit El in the territory of Ephraim in the south, complete with their own altars, priests (not from the tribe of Levi) and holidays. From that point on, idolatry basically became accepted and routine in the northern kingdom, until its well-deserved destruction at the hands of Sennacherib centuries later (II Kings 18), as well as the dispersal and almost complete disappearance of the northern tribes.

Throughout Jewish writings, the Sages basically view Jeroboam as the worst of the worst. He was one of the very few individuals listed in the Mishna (Sanhedrin 10:1) as not receiving a share in the World to Come. The Rambam himself, when he discusses the concept of free will in Chapter 5 (Law 2), writes that every person can be as righteous as Moses or as wicked as Jeroboam. Likewise, Scripture often refers to later wicked kings of Israel as following in the footsteps of Jeroboam — even though many of them were far worse than he (see Talmud Sanhedrin 102b). Jeroboam became the paradigm of wickedness, the benchmark against which all later kings were compared. To this the Talmud explains, all was laid on Jeroboam because he began the process. Once he made idolatry acceptable and fashionable, there was little holding Israel back from wholesale depravity and destruction.

This begins to shed light on the true evil of one who bring the many to sin. The reason it is so destructive and irredeemably evil is not only because it brings so many to wickedness. The Rambam’s final example was Manasseh, a later king of Judah (see II Kings 21) who forced his citizens to idol worship at sword point (I’m actually not sure what the Rambam’s source for this is). Although one is obligated to give his life rather than perform idolatry, the people were hardly as culpable for what they did under duress. Likewise, no sane Jew in the Kingdom of Israel really believed that Jeroboam’s magic cows created the world and redeemed Israel from bondage. It wasn’t as if everyone in the north to a man was so thoroughly wicked (and gullible) — and everyone in the south so completely pious.

Even so, Jeroboam’s evil was virtually unmatched — and unpardonable. And the reason for this is very basic. There is a difference between sinning and making sin acceptable. Ordinarily if a person sins, he knows he’s rotten. He knows G-d is disappointed and he should be better. “Truth” has not been tampered with, only an individual’s adherence to it.

If, however, “everyone” starts engaging in certain sins, even minor ones and even halfheartedly, the standards of society have been lowered. There is all of a sudden nothing “wrong” any more with acting a certain way. Idolatry is “official;” it’s condoned, it’s state policy. Personally someone may want to be a little bit more traditional, but that’s a matter of personal conscience and conviction. Formally speaking, there is nothing wrong with idolatry. And once that intellectual red line is crossed, whether whole- or halfheartedly, all hell breaks loose — figuratively and literally.

(And by the way, the Talmud attests that Jeroboam was practically the greatest Torah scholar of his generation (Sanhedrin 102a). He in fact was appointed by G-d (via the prophet Achiya HaShiloni) to lead the breakaway northern kingdom (I Kings 11). No doubt he had a long beard as well and looked the part of the Torah scholar. If so, if he says idolatry is alright it can’t be all that bad… Only as great and terrible a man as Jeroboam can single-handedly bring so much destruction upon the nation.)

Let’s move on to one of the Rambam’s other examples, which are tragically somewhat closer to home. Tsaddok and Bysos were students of Antignos of Socho, one of the great sages of the late Second Temple period, immediately preceding the era of the Mishna (see Pirkei Avos 1:3). Because of a misunderstood teaching of their master, they came to the conclusion that there is no World to Come. (See the above link for a fuller explanation.) They likewise came to the conclusion that although the authenticity of the Bible was incontestable (being that millions saw G-d at Mount Sinai a mere millennia before), the Oral Law (the Mishna, Talmud, etc.) was a much less authentic rabbinic innovation.

The two of them created separate but similar movements in Israel, known as the Tsaddukim (Sadducees) and Bysusim (Boethusians), which accepted Scripture (and no doubt much of the commentary of the Oral Law — as the Written Law is incomprehensible without it), but which rejected the authority of the Rabbis, preferring to stick much closer to the literal meaning of the Torah’s text.

Tsaddok and Bysos thus perpetrated a similar evil to Jeroboam, creating new movements within Israel. To the unlearned masses there now appeared to be three equally legitimate and acceptable variations of Judaism. And two of them were of course much more alluring — the nice, inspiring, feel-good-but-hopelessly-vague messages of Scripture unencumbered by the many onerous details piled on by the Rabbis. It was the first of many attempts to adopt the moral injunctions of Scripture without having to bother with the particulars of what G-d actually wants.

And this demonstrates the true evil of bringing the masses to sin. Lower the standards of society overall and people will no longer have to feel guilt over their misbehavior. They’re not sinning. They’re simply obeying the accepted standards — or adhering to “alternate” Judaism.

I’ve heard from several people who were not raised religious that they grew up with the notion that there are three equally authentic strains of Judaism – Orthodox, Conservative, and Reform. Take your pick; they’re all apple pie Judaism.

Pardon my throwing political correctness to the wind, but this is simply wrong — dead wrong, and I mean that literally. Orthodoxy is basically Judaism as it was observed from time immemorial whereas the other two strains are extremely recent inventions with no historical basis. This is not to say that Orthodoxy has not picked up many practices, customs and stringencies in the last millennia. As I once heard R. Berel Wein put it, we’ve saved a lot of bathwater over the years in the interests of preserving the baby. And likewise, there is the very legitimate issue of adapting to new times and new situations. There is and must be room for adaptation in Jewish law and accommodating new surroundings and situations. Yet Orthodoxy today is built upon the rock-solid foundation of Torah law, slowly adapted to the modern world. The law never changes, only its application in different ages and societies. And there is certainly much legitimate variation in its observance.

By contrast, any movement which does not accept the Torah’s basic premises and laws cannot in any way lay claim to legitimacy in the eyes of G-d. And if its history is no older than the past 200 years — curiously precisely as the Enlightenment gripped Western man — its claim to authenticity is that much less plausible.

In spite of all of this, in the eyes of the unlearned Jewish world all strains of Judaism are equally valid. In fact, how can one group be so fundamentalist and intolerant as to claim only it knows the truth? Who do they think they are insisting that theirs is the only true way of serving G-d? How do they know? What makes them any more authentic than we? Thus, tragically, the very adherents of the Torah become characterized as the backward-minded enemies of true, pluralistic Judaism.

And this again is the evil to which the Rambam refers. As recently as 200 years ago anyone who failed to observe the Torah knew he was sinful and at fault. There were certainly no shortage of sinners then and now, but at least no one had the chutzpah to deny what G-d’s Torah said. That had been handed to us in an unbroken chain since Sinai.

Today however, the world has become so turned inside out that such givens no longer exist. All branches of Judaism are equally valid; anyone who dares challenge that cherished and sacred premise is the arrogant and fundamentalist enemy of enlightened man. Only Islam (equally tragically) refuses to accept that anyone else just might be right.

I like to end my classes on a positive note, but at this point there is little positive to say. Sadly, the evil to which the Rambam here refers has taken such tragic and catastrophic hold upon Israel that precious little of the truth remains sacred. The vast majority of Israel (let alone the rest of the world) does not know what Judaism truly is and what G-d wants of them. I only pray that G-d reveal Himself speedily and that we, the very few bearers of His word, fault-ridden as we are, be granted the strength and ability to reveal His greatness for all to see.