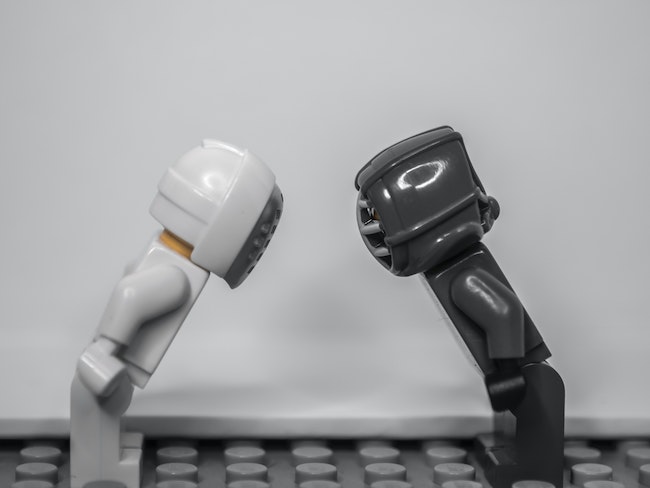 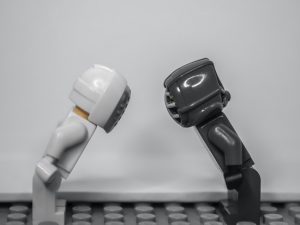 IN NEXT WEEK’S parsha the Jewish people will actually go out and fulfill the mitzvah at the beginning of this week’s parsha, to take revenge against the Midianite people. Revenge, as the Torah teaches, is not something we cannot usually take on our own, so this one had to be God-sanctioned.

Bilaam will once again be in the wrong place at the wrong time. He will be in Midian collecting his fee for his advice to send Midianite women into the Jewish camp to lead the Jewish people astray. In the end, Bilaam was responsible for 24,000 men from Shimon dying from plague, and 176,000 receiving capital punishment for worshipping Ba’al Peor, and he was paid for each “casualty.”

His victory was short-lived, however. Shortly after that, the Jewish army showed up led by Pinchas, who personally ended Bilaam’s short life at 34 years. After being exposed as a fraud by God, he was confronted by Pinchas who was able to kill him, despite Bilaam’s mastery over magic.

When Balak had first invited Bilaam to curse the Jewish people, he had mentioned that he knew that whomever Bilaam cursed was cursed, and whomever Bilaam blessed was blessed. At least that is the way it looked to others because of Bilaam’s track record. They didn’t know that, as the Talmud explains, Bilaam just knew the moment in the day that God judged people, and how he was able to use that information to then either curse or bless a person.

That secret was spilled in last week’s parsha, thanks to Bilaam’s pride and greed. Had he simply said no to Balak, his reputation might have stayed intact; he would have just looked choosy about his clientele.

Instead, Bilaam took up Balak’s offer, and it quickly became clear that Bilaam had no control over anything, not even the mouth of his own donkey. Even his magical “powers” could not save him from his “timely” death at the hands of Pinchas, who killed him with an ordinary sword.

PINCHAS WAS MORE than just Bilaam’s executioner. He was his antithesis. Everything wrong in Bilaam was right in Pinchas. Even though Bilaam is usually compared to Moshe Rabbeinu, which is really no comparison at all, and even though Pinchas was not a prophet, still Pinchas and Bilaam are more polar opposites than Moshe and Bilaam.

It is true: Chazal say that when the Torah states, “no prophet ever arose again like Moshe within the Jewish people,” it implies that one did arise among the nations, and that was Bilaam. But so many commentators have tried to explain what this means since Bilaam’s prophecy never matched Moshe’s. As Rashi points out, the only reason why Bilaam even had prophecy was for the sake of the Jewish people. Moshe deserved it in his own right.

In any case, Pinchas, after last week’s parsha, became a prophet as well. And not just any prophet, but Eliyahu the prophet! According to Kabbalah, the soul of Eliyahu Hanavi descended and joined Pinchas’ own soul, and spiritually transformed him into the famed heralder of the final redemption. It had been Bilaam’s desire, even without prodding from Balak, to prevent the final redemption. It was always Eliyahu’s to advance it.

Therefore, when the Torah says at the beginning of this week’s parsha:

it is explaining how Pinchas became the antidote for Bilaam. Enemies of the Jewish people do not just spring up. As we learned from Amalek at the end of Parashas Beshallach, Jewish enemies attack in response to some pre-existing spiritual lacking in the Jewish people. It is this that must be fixed before the enemy can be subdued once again.

In other words, though Bilaam praised the Jewish people for their modesty right before he caused them to lose it, the potential for the latter already existed. Bilaam didn’t create that potential; our enemies never do. They just exploit it, and undoing their damage means fixing the spiritual breach.

This being the case, God’s praise of Pinchas was not meant only for him. God was not just saying that Pinchas merited his reward because of what he did. God was, is, telling all of us that what Pinchas did is something all of us must do on a daily basis to stay safe from the potential Bilaams of history. So far, there have been many, and there might be more to come, God forbid.

It’s like germs. You can get angry at germs all you want and curse the day they were created. But the reality is that they only grow in certain environments, which is something that can be controlled to some degree. It can be assumed that if we’re not going to make an effort to keep a place clean, germs will develop, spread, and perhaps even cause sickness.

This is the general message of Parashas Bechukosai and Ki Savo. As the Talmud states, reward and punishment come in the next world (Kiddushin 39b). The Torah is telling us in these two parshios how evil automatically festers if we don’t constantly work to keep it from Creation. The chaos from which evil results grows in spiritual “dirty” environments, something that we were given Torah to control (Shabbos 88a).

But it’s a BIG job keeping the world spiritually “sterile.” The good news is that:

Someone who wants to purify themself, they (Heaven) help them…If a person sanctifies themself a little, they sanctify them a lot. (Yoma 38a)

THERE ARE BASICALLY two ways for a Jew to perform mitzvos, either as an obligation only, or as an act of zealousness. The difference is obvious from the way the mitzvah is performed. As an obligation, the effort to perform a mitzvah is minimalized. A person usually does as much as they believe they must to avoid punishment, but not more. They either forget or don’t know that it is a person’s heart that God truly desires.

For such people, the goal in life is usually personal pleasure. Comfort is the priority, which they tend to confuse with pleasure. Therefore, life becomes a series of decisions designed to minimalize personal discomfort, which means a reductionist attitude toward Torah and mitzvos.

At the other end of the spectrum is mitzvah zealousness. For this smallish group of dedicated Jews, a mitzvah is a unique and invaluable opportunity to express their love of God. When we love someone, it gives us pleasure to give them pleasure. For zealots, the goal of life is to give God pleasure, and any personal pleasure they might derive from doing a mitzvah is just a nice by-product.

When Bilaam says repeatedly that he can only say that which God allows him to say, which made him sound pretty frum, he said it as a complaint, not as an admission of God’s mastery over him. More than likely it was God who forced Bilaam to even admit that! In a word, Bilaam was completely selfish.

Pinchas lived the opposite life. Even the most basic task, things that might not even be considered mitzvos per se, he did as a servant of God. His life was not his, but God’s. From his perspective, everything he had belonged to God, and everything he did was really just God working through him. He was grateful just to be alive, and even more grateful to have opportunities to do meaningful things with his life. In a word, Pinchas was completely selfless.

At the end of the day, it was Pinchas’ selflessness that killed Bilaam’s selfishness.

IT IS VERY hard to be selfless if you grow up selfish. The truth is, we all struggle with this, because we are born selfish. We are born with a yetzer hara which constantly markets selfishness, and we only get our yetzer tov, our good inclination by Bas or Bar Mitzvah.

It’s like walking on flat land until that major spiritual turning point, and then hitting the base of the mountain. The rest of life is the process of climbing a mountain of selflessness until we finally reach the age at which the struggle becomes irrelevant. A certain age, a person is usually too tired and worn down to work on themself anymore; they will either be a grouchy old person for the rest of their life, or a person who gives off chayn and draws people to them.

It is interesting that the word “share” has become so dominant in today’s culture. Sharing is one of the main things a child has to learn as they leave their self-centered private world and head out into the world of other people vying for the same things they value. A child’s ability to willfully share with others is a great step forward for the rest of their life, and their service of God.

Someone even cleverly created the catch phrase, “sharing is caring.” It elevated the idea of sharing from being only something socially necessary, to being an expression of our concern for the welfare of others. The only problem is that many may still wonder, “Who says I have to care about others, or put them before me?” Such people usually only share when it is convenient for them to share.

The answer to the question comes from understanding that caring about others is part of a more fundamental truth, a love of truth. It is our goals in life that tell us what to take and what to give, when to be “selfish” and when we must be selfless. The only way to get that right is if a desire to do right drives them.

That was Pinchas. The grandson of Aharon Hakohen, he was raised on truth. He was taught from the beginning that there is nothing more meaningful than knowing truth, and more importantly, living by it. This trait told him how to approach any situation in life he had to deal with, small or large, easy or difficult. The Torah calls his act one of zealousness. Pinchas would have just called it an act of truth.

The Talmud warns that just in advance of Moshiach’s arrival, truth will literally be missing from the world (Sanhedrin 97a). You can’t strive for truth if you don’t know what it is, or believe that it exists, and that can only result in selfish behavior. Unfortunately, the attitudes of the world tend to spill over into the Torah world as well, and that will affect how we behave towards mitzvos, and one another.

When that happens, then the craziness of “Shittim” at the end of last week’s parsha returns to us as well. Then the Bilaams, Balaks, and Amalekim rise up all over the world, and society crumbles and breaks down. The good news is that it takes just a couple of Pinchas-like people to set the world straight.