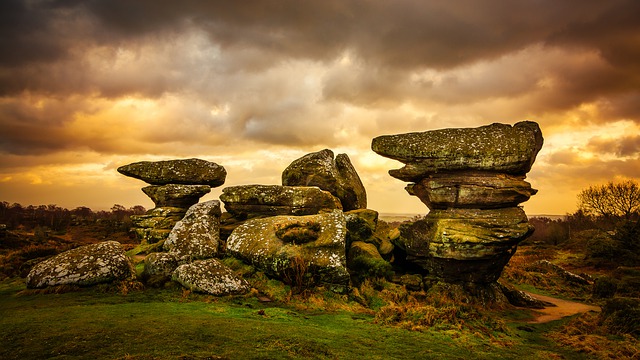 Even though the blowing of the Shofar on Rosh Hashanah is a Biblical decree (lit., ‘the decree of a verse’), there is a hint in it (meaning, a readily discernible reason behind it), as if to say: ‘Wake up, wake up, [you] sleepers from your sleep, and awake [you] slumberers from your slumber. Search your deeds, repent, and remember your Creator.’ Those [referred to] are they who forget the truth on account of the vanities of time, and who waste (lit., ‘err with’) their entire year with vanity and emptiness which neither help nor save. ‘Look to your souls and mend your ways and your deeds, and let every one of you forsake his evil way and his improper thoughts.’

Because of this matter, the entire House of Israel is accustomed to increase its [giving of] charity and [its doing of] good deeds, and to involve itself in mitzvos from Rosh Hashanah until Yom Kippur, more so than the entire year. And all are accustomed to rise up at night during these ten days and to pray in the synagogue with words of supplication and submissiveness until the light of day.

We began discussing this lengthy law last week. We noted first of all that it appears to contain several rather disjointed points, which don’t really fit together in the same law. Further, we discussed a difficulty in the Rambam’s final point — that it is customary to perform extra good deeds every year during the High Holidays season. We asked, how do good deeds performed at the start of year 5780 have any bearing on my judgment over 5779? Every year we are judged over our behavior of the previous year — as was clearly implied in Law 3. If so, as nice as it is to perform extra good deeds, they presumably will not impact the outcome of my Rosh Hashanah judgment in any way?

We did not get as far as answering last week, but we did establish one basic principle. The judgment of Rosh Hashanah is not necessarily for literal life versus death. That, as the Rambam wrote earlier, is decided on a constant basis. And further, as we all know, there are many wicked people who appear to be granted life on Rosh Hashanah and many righteous ones who die.

Rather, the judgment is on Life versus Death — in its truest sense. Will the person be “alive” in G-d’s eyes? Will he enjoy a warm and dynamic relationship with his Creator, or will be be resigned to a cold, distant one? Will G-d watch over him closely, constantly spurring him to growth with tailor-made challenges, and listening attentively to his prayers? Life in its true sense means closeness to G-d. The wicked person’s heart may beat for the next twelve months, yet he will be “dead” so far as G-d is concerned — ignored and written off in the Divine scheme. Conversely, the righteous man’s time on this earth may be up during the coming year, but he will be alive with G-d throughout — both in this world and the next.

Based on this, G-d judges us not simply based on how many good deeds we have performed, but on their quality. During the entire year we are subject to a simple pass-fail judgment. Anyone 50% good or higher survives; one who slips below 50% instantly perishes (as per Law 2). On Rosh Hashanah it is not sufficient to perform many good deeds. G-d is not judging us on percentages. It may make no difference if we’re 55% good or 95% good. For on Rosh Hashanah G-d is not looking for acts of obedience. He is looking for our hearts. If we cared about Him this past year, He will want a relationship with us — even if we have many sins to atone for. If, however, we basically lived for ourselves, then even if our behavior was unswervingly prim, G-d may see little reason to waste His time on us.

With this we can answer our basic question. We asked how can extra good deeds in 5780 impact our judgment for 5779. The answer is that the judgment of 5780 is not so specifically based upon our good-bad ratio for 5779 — although that most certainly has a great deal to do with it. It is based even more on if we’ve demonstrated we are people capable of a relationship with G-d. Did we care about G-d and His standing in the world this past year? Did we perform our actions with feeling? Did we care if the rest of mankind recognized G-d or not, if the world is able to see the beauty of G-d and His nation?

And in this regard, it is perhaps possible to alter my judgment for 5779 even in 5780. If I show today that I am a different person from the one who did those past sins, I may be able to disassociate myself from my past. I am a person who cares about my G-d and wants a relationship with Him. I will be alive for 5780 — though to be sure, my past sins will have to be reckoned with sooner or later. But if today I demonstrate that I am a person who feels connected with G-d and who wants nothing to do with my past mistakes, my percentages may not have changed, yet closeness to G-d may be possible nonetheless.

Based on this, it is clear that the custom to doing extra mitzvos (good deeds) from Rosh Hashanah to Yom Kippur is not simply a matter of racking up some extra brownie points. Just doing a lot of good acts in 5780 would do little good for 5779’s verdict. Rather, the intent is that we demonstrate we are different people, disassociated from our pasts. We are now people capable of having a real relationship with our G-d. So too the Rambam here did not state that we do just any mitzvos — anything to earn us more reward. He specifically mentioned character- and relationship-building acts: giving more charity, performing more acts of kindness, and saying extra prayers. We are not looking for extra weights to tip some heavenly scale. The specific acts will actually go on next year’s scales. We are looking for means of showing that we are better and more caring people than whom we once were.

With this we can also understand the peculiar thread running through the Rambam in this law. He began by describing the hint implicit in the mitzvah (commandment) to blow the Shofar on Rosh Hashanah. He then jumped to the concept of seeing ourselves and the world as hanging in the balance, and last returned to the topic of the High Holidays — with the custom to behave better during that time of year.

The hint of the Shofar is readily understandable. The loud cry of the ram’s horn serves as an alarm clock. It awakens us out of our slumber, urging us to rise up and repent. This, as we explained, is precisely the purpose of the High Holidays. On Rosh Hashanah G-d determines how “alive” we are to be with Him for the coming year, how warm and vibrant a relationship we will have with Him. And this, as we explained, all depends upon how “awake” we were with G-d during the past year. G-d is not only concerned with how well we obeyed His commandments but how much we thought about and cared about Him the past year. And the Shofar symbolizes this perfectly. Far more than “Repent!”, it cries out to us “Wake up!” Be alive with your Creator, care about Him and strive for closeness to Him. And so the High Holiday season is heralded with this Divine clarion call, once and for all arousing us out of our stupor.

The Rambam’s second point — that we should view ourselves and the world as hanging in the balance — was perhaps the most perplexing. The point itself is valid, to be sure, but what in the world is it doing here? In Laws 1-2 when the Rambam wrote that the difference between 49.9% and 50% spells the difference between salvation and destruction, he should have concluded that therefore we must see ourselves as eternally hanging in the balance, for who knows how close we are to the brink. Why did he place this smack-dab in the middle of the laws of Rosh Hashanah — when our judgment is of a different sort entirely?

I believe the answer is as follows. In Law 2 this point would be asking us to play make-believe. Maybe, just maybe I happen to be just at the 50% mark. Maybe maybe MAYBE I and the entire world are on the brink of destruction, and my next action will spell the difference between universal salvation and damnation. Well of course it is possible, but the chances of it are so absurdly remote that only a certifiable psychotic could convince himself on an ongoing basis that it just might be so.

For this reason, I believe the Rambam did not state this law earlier. He is not asking us to play some ludicrous game of make-believe. We do not attempt to imagine the entire world is hanging in the balance because we really entertain it as a serious possibility. Rather, the Rambam wanted to make a different point entirely. We must see our every action as cosmically important. We cannot view mitzvos as just some nice acts we do, keeping our behavior in line and earning us reward. We must view every single action as having immense worldwide ramifications. One act could really spell the difference between Divine destruction and universal salvation. And with this in mind we recognize just how significant our behavior is — how great a difference our every single act makes. When we realize this, we are truly alive with G-d. We serve G-d not for small, personal reasons. We do so because we realize just how much man’s behavior matters to G-d.

To wrap up, last and this week we explored a different understanding of the judgment of the High Holidays. We are not judged on our actions alone. G-d wants something far more than that we be obedient servants of Him — not so different from well-trained chimpanzees. He wants to know who is really one of His, who truly cares about G-d in this world. If we cared, then we were alive with G-d and we will be granted another year of closeness to Him. If not, it may make little difference how proper our behavior was. For in the final analysis, G-d did not create the world so that people would control their behavior and do a bunch of good acts. He wants to know who among mankind is truly His.