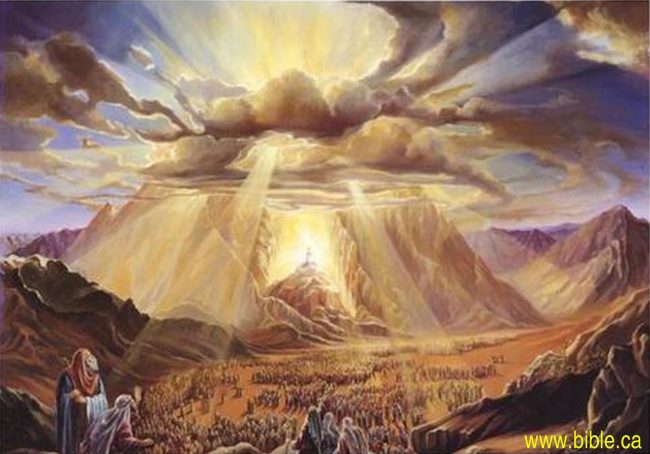 There are three types of heretics (‘apikorsim’).

(1) One who says there is no prophecy at all and there is no knowledge which comes from the Creator to the hearts of man.

(2) One who denies the prophecy of our teacher Moses.

(3) One who says that the Creator does not know the deeds of man.

Each of these three is considered a heretic.

This week’s law is a continuation of the general discussion of past weeks. In Law 5 the Rambam stated that all Jews, even the most sinful, are granted a share in the World to Come. In Law 6 he proceeded to list exceptions to this rule — Jews so heretical or evil that they merit no closeness to G-d in the Hereafter (if they never repented, that is). Last week the Rambam elaborated on the first category of such people — the apostate (“min”) who does not believe in an infinite G-d. This week the Rambam moves on to the second category — the heretic (“apikores”).

As an aside, the Hebrew term apikores (“ah-pee-KO-ress”) clearly stems from the name of the Greek philosopher Epicurus. Although the Rambam uses this term to refer to a specific type of heresy (which curiously, is different from the Talmud’s definition (Sanhedrin 90a)), the Sages more generally use it in reference to all heretics. Certainly Epicureanism, which believes that the entire purpose of life is enjoying the pleasures of this world, is antithetical to many of the Torah’s most basic tenets. However, at what point did the word become a general term for heresy is not known.

My father, R. Azriel Rosenfeld OBM (see this Torah.org course)) once mentioned to me that some scholars suggest that the Talmud, written primarily in Babylonia in late Roman times, purposely used the name of an archaic Greek philosopher when speaking critically of heretical beliefs. In case the Gentile authorities would censor their works in search of treasonous material (as they often did — the dirty work often being done by renegade Jews), the Talmud would give the misleading impression it was writing against some obscure Greek movement rather than the heresies of its time.

Returning to our topic, the “heretic” of this week clearly follows a procession from the apostate of last week. The apostate was someone who denied G-d Himself, either denying His existence entirely or seeing Him as a finite being, G-d forbid (He certainly does!). The heretic believes in G-d but denies His involvement with this world, either believing that G-d is not aware of the deeds of man or that He does not communicate with and instruct man via the medium of prophecy.

The answer relates to our discussion of last week (3:7). As we explained, philosophically speaking it is actually very difficult to explain how an infinite, unchanging G-d can even relate to finite man. As we saw, the philosopher depicted in The Kuzari believed that an infinite G-d is not — and cannot be — affected in the slightest by our behavior. He neither cares how we behave nor can even relate to the vagaries of finite man. Thus, one who believes G-d is infinite may well be led to believe that G-d is unmoved and unaware of our behavior down here — except, of course, that it contradicts one of Judaism’s most basic tenets.

Moving back to the Rambam’s first example, prophecy is one of the great underpinnings of the Jewish faith — in fact of virtually all religions. G-d communicates His will towards man. Without this, the belief in an infinite G-d would not make the world purposeful. G-d created the world — presumably for a purpose as we could hardly believe an infinite G-d created man for the heck of it. Yet if G-d does not communicate with man, we would never know what that purpose is. There is some reason for existence, but G-d never bothered telling us what it is. We somehow just have to figure out for ourselves what G-d wants of us.

A further principle which follows from prophecy is that G-d cares we behave. Our behavior matters to G-d — thus He communicates with us, telling us how He wants us to act.

Thus, the existence of prophecy — something Israel has known about since the time of its forefathers — teaches us two great principles of faith: (a) That G-d communicates with man and instructs him as to the purpose of the world. And it of course follows from that that Scripture — the writings of G-d’s prophets — is sacred and divine. (b) That G-d cares how man behaves and so troubles Himself, so to speak, to communicate to us how He wants us to act.

Finally, we arrive at the Rambam’s second example of this week — the belief in Moses’ prophecy. Not only are we obligated to accept the concept of prophecy in general, but we must accept specifically the prophecy of Moses.

This final example raises a basic difficulty. Why was our teacher Moses singled out? Isn’t Moses just another example of a prophet? Once a person believes in prophecy, he presumably believes that the Torah is Divine and G-d-given, dictated by G-d to Moses — just as he accepts all the works of Scripture as Divine. Why did the Rambam feel it necessary to single out the belief in Moses’ prophecy as a principle in its own right?

The answer is because Moses was unique among all the prophets. He was not merely a “regular” prophet. He achieved the highest level of prophecy attainable. In Numbers (12:6-8), when G-d reprimands Miriam and Aaron for speaking critically of Moses, he contrasts their level of prophecy with Moses’s: “If there will be among you a prophet, I, G-d, in a vision will appear to him, in a dream I will speak to him. Not so my servant Moses, in all My house he is trusted. Mouth to mouth I will speak to him, in a vision without riddles, and the image of G-d he will behold.” Likewise, at the conclusion of the Torah (Pentateuch), the verse states, “And there never again arose a prophet in Israel like Moses whom G-d knew face to face” (Deut. 34:10).

The Rambam elsewhere, in his Commentary to the Mishna (introduction to final chapter of Sanhedrin, where he enumerates his 13 Fundamental Principles of Faith), as well as in his Laws of the Fundamentals of Torah (7:6), expounds upon Moses’s level of prophecy. He explains that Moses attained the highest possible level, perceiving G-d to the greatest degree humanly possible. He was on the level of an angel, a pure spiritual being, not tainted in any way by his physical self. The Talmud (Rosh Hashanah 21b) likewise states that 50 “gates of wisdom” were created in the world and all but one were given to Moses (as no one can fully comprehend G-d).

Based on this, the Rambam distinguishes between Moses’s level of prophecy and that of all other prophets. The others communicated with G-d only via an intermediary, though an angel. Their visions were confused and mysterious — dreams and visions of the night. They also achieved prophecy only in their sleep, and fell into a deep trance, devoid of their physical abilities, as soon as G-d appeared to them. Finally, they would only experience such Divine encounters at G-d’s will, when G-d’s chose to appear to them (and of course, after intense spiritual preparation on their part).

None of these were the case with Moses. G-d spoke to him directly — “face to face.” His vision of G-d and understanding of G-d’s word were completely clear and unambiguous. Moses was fully awake and in control of himself when G-d appeared to him. And finally, he could invoke Divine communion at will, as Moses states in the Torah, “Stand and I will hear what the L-rd will command regarding you” (Numbers 9:8).

As we’ll see G-d-willing next week, as a result of this Moses’s prophecy was no mere matter of more of the same. His was an utterly different experience, entirely validating the Torah both then and for all future generations.