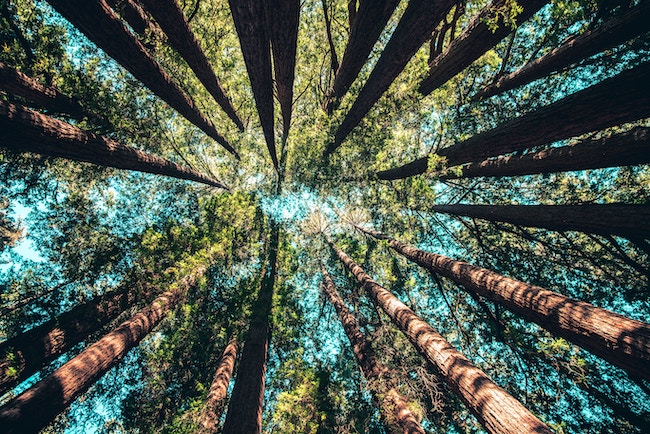 Last week we began to examine the personality of Balaam (see Numbers 22-24). It is difficult to fathom just what made him tick. On the one hand, he communicated with G-d and clearly understood the great spiritual forces regulating the cosmos. On the other, his life was devoted to the coarsest of physical pleasures (let’s just say, coarser than the typical person would even be interested in). He even used his spiritual abilities towards his personal advantage, hiring himself to the highest bidder, cursing the adversary of the nation which rewarded him most handsomely.

We asked further last week what the Sages had in mind with their comparison of Balaam and Abraham — here as well as in several other places. Of course, Abraham was great and Balaam wicked, but there must be some common denominator between these two individuals which the Sages intended to convey.

Finally, we quoted the passage in the Talmud which stated that if Balaam did not understand his donkey he could not possibly understand G-d (Brachos 7a). To this we asked: Shouldn’t the opposite be the case? Perhaps Balaam was so wrapped up in contemplation of the upper spheres that he paid little attention to the coarse and mundane of the physical world? We observed that the Sages appear to be stating just the opposite: that one who does not understand and appreciate the physical world — i.e., nature — will never truly have an understanding of the sublime — the supernatural. What does this mean?

Let us begin by looking at Judaism’s answer to Balaam — Abraham. He in fact was an even more fascinating, multifaceted personality than the wicked Balaam.

How did Abraham become who he was? Was he descended from angels, great kings or wise sages? No, say the Sages. His father, Terach, was an idolater — so “devout” in fact that he turned his own son in to the authorities for practicing and preaching monotheism.

Who taught Abraham about G-d? Our Sages tell us: he figured it out himself. The Midrash states that as a three year old boy Abraham began to search for G-d. He saw harmony and beauty in the world and recognized there must be a greater force which created and orchestrated it all. As a little boy, he saw the sun and wondered if that was the great force which gave rise to the Earth. But then the sun set and the moon reigned. And the moon too set (or dimmed) with the sun’s rising. Thus, Abraham, using the acuity and sincere openness of youth, was able to see through the idols of his forebears and recognize the ultimate truth: that a world of infinite design and perfection could only have been created by an infinite and perfect Designer.

There was something very “healthy” about Abraham’s recognition of G-d: he worked his way up to it. He saw the beauty and harmony of the physical world and was able to discern from it the even greater beauty and harmony of the spiritual worlds. And in doing so, Abraham came not only to revere G-d, but to revere nature and everything in between as well. The entire universe was magnificent and a part of G-d’s handiwork. All of creation was sacred; its beauty attested to G-d’s existence, and its existence bespoke a role in G-d’s Master Plan.

Abraham thus was not only famous for his belief in G-d but for something else as well — hospitality. If G-d is sacred, then man, formed in G-d’s image, is as well — and must be treated as such. And nature is important too. Genesis 22:33 states that Abraham planted (or established) an “aishel” in Be’er Sheva. The Talmud records a debate if aishel means an inn or an orchard — to provide fresh fruit for travelers (Sotah 10a). Abraham respected the natural world, seeing it as a resource to be used wisely and properly — in order to do kindness for others.

Balaam, for all his prophetic powers, stood in stark contrast to Abraham. Balaam saw G-d before him but never built up to such an encounter. He couldn’t even relate to the simple needs of his pathetic beast. He was certainly not ready to glimpse the forces above and beyond the natural world. He therefore saw G-d but saw Him through the prism of the physical. The best (or worst) he could do with his knowledge was to utterly pervert it, using it towards personal gain (“How much money can I make from this?”) and to flee from all meaningful spiritual existence to the darkest depths of physical depravity.

Our mishna thus tells us that Abraham’s students inherit not only the next world, but this one as well. True students of Abraham know that one does not have to be a hermit or ascetic to live the spiritual life. There is nothing in creation not purposeful and beautiful — nor is there any human drive which cannot be harnessed in Divine service. If G-d created it, it is inherently beautiful and valuable. Far from ignoring the world as a distraction from spiritual pursuits, our task is to appreciate G-d’s universe and to use it to get closer to Him.

Balaam’s students, however, have neither this world nor the next. As R. Samson Raphael Hirsch observes, our mishna refers to such people as not living half their days. The implication is that their lives are just not complete, fulfilling lives. Having no true appreciation for this world nor the next — and stalking lusts, wealth and prestige to fill the unquenchable hollow — will not only bring eternal damnation, but will lead to a life of unfulfilled longings — and one of smallness, emptiness and endless frustration.

The lesson for us is an important one — and one we unfortunately often overlook. There are no shortcuts to spiritual growth. Attending a Kabbalah class to fathom the unfathomable (one of embarrassing jokes of our day — “Kabbalah for dummies”) — when a person has not even made the basic commitment to observe G-d’s Torah and improve his behavior — will not lead to the “healthy” growth Abraham demonstrated for his descendants. Judaism has always been a religion of the practical. Be good, decent, hardworking people. Be people of faith, kindness and Divine service. When our actions bespeak purpose and order within the world, we begin to sense the same harmony in the upper spheres. And then we are ready for the true, “healthy” spiritual growth of our forefather Abraham.