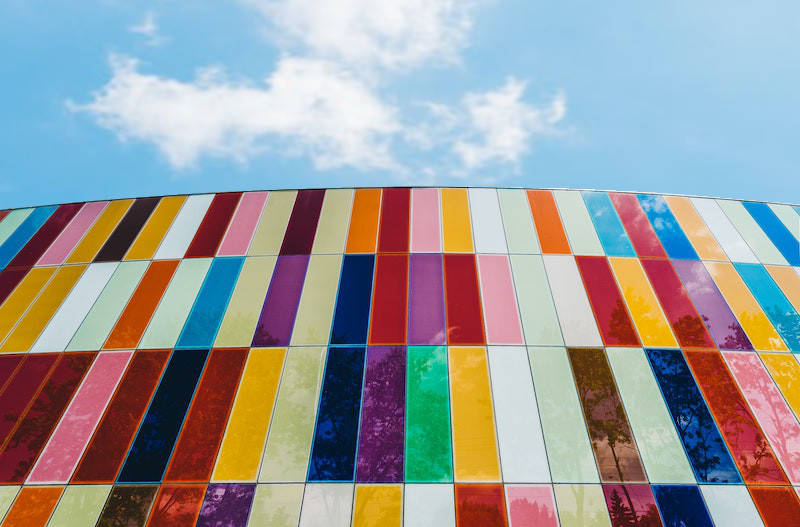 Chapter 2, Mishna 1(b) : Diversity In Judaism

Rabbi [Yehuda haNasi] said: What is the proper path a person should choose for himself? Whatever brings glory to himself [before G-d], and grants him glory before others. Be careful with a minor mitzvah (commandment) as with a major one, for you do not know the reward for the mitzvos. Consider the loss incurred for performing a mitzvah compared to its reward, and the ‘reward’ received for sinning compared to the loss. Consider three things and you will not come to sin: Know what is above you: an eye that sees and an ear that hears, and all your deeds are recorded in the Book.

Last week we discussed the first statement of Rabbi. (“Rabbi” (Rah-bee) is the title of Rabbi Yehuda the Prince.) As we saw, Israel is charged with a dual mission in the world — that we perfect ourselves before G-d and that we function as worthy role models to others, being a light unto the nations.

Rabbi’s second statement is that we be as careful with “minor” mitzvos as we must be with more significant ones. One should never satisfy himself feeling he’s keeping the “basics” — the “important” stuff — while letting a few of the burdensome details pass him by.

As Rabbi continues, the Torah rarely tells us the reward mitzvah performance earns us. We have no means of determining — and certainly no right to arbitrate — the relative importance of each mitzvah. We may well be surprised one day to discover that the “insignificant” deeds which no one takes much note of this world are far more consequential in the World to Come, whereas the high-profile ones down here will hardly be noticed upstairs. As the Talmud remarks, heaven is an upside-down world (Pesachim 50a). It could very well be that the few dollars and minutes we spent affixing that small mezuzah on our doorpost was far more precious to G-d than the many thousands we spent on that lavish Bar Mitzvah affair for our child. (And by the way, a mezuzah is supposed to be reexamined by a certified scribe twice every seven years.) We really have little way of truly knowing, and even more absurdly, we often borrow the same criteria we use to measure importance in the secular world — prestige, conspicuousness, public recognition — to the spiritual realm. For better or worse, chances are we’ll be in for some mighty big surprises after 120.

The commentators to our mishna make an interesting observation. Regarding the negative commandments the Torah generally does tell us the punishments incurred — whether the death penalty (of which there are four types), excision, lashes, exile, monetary fine, etc. Thus, our mishna’s principle is true only regarding the positive commandments, not the negatives. What is the difference?

The commentators quote a Midrash which explains by way of parable: A king had a large orchard surrounding his palace. He asked his workers to tend his orchard, and he did not tell them the worth of each tree and the wages they would receive for tending to each. The result was that all the fruit trees were cultivated and flourished, and the palace grounds became a tapestry of beauty. Now had the king told his workers the value of each tree, only the most valuable would have been cared for. The palace grounds would have become filled with exotic and magnificent trees, but it would have lacked the harmony and variegated beauty of a truly breathtaking landscape.

This, explain the commentators, was G-d’s intention as well. Had we been apprised of the relative worth of each mitzvah, we would have focused on the most lucrative alone — to the neglect of many other worthy deeds. We would have begun to see mitzvah observance as an opportunity to earn reward alone — almost as if “reward” were some kind of currency we accrue, to be “traded in” when we arrive in the World to Come.

This, however, is not the true concept of mitzvah observance. The mitzvos were not given to us in order that we earn reward or free mileage. They are to perfect ourselves, to make ourselves “whole” (“shalaim”) in the terminology of Jewish thinkers. By performing all the mitzvos, we become whole and perfected human beings. The Talmud tells us that the Torah contains 248 positive mitzvos corresponding to the 248 limbs of a person’s body (Makkos 23b). (The remaining 365 (out of 613) are negative commandments, correspond to the days of the year.) The message is that each mitzvah perfects our spiritual bodies and our characters in its own unique way. Had we focused on a few mitzvos — even theoretically very important ones — we would have denied ourselves the true perfection which must be our aspiration.

The negative commandments, however, are a different matter. There is far less harm knowing the punishments: we will hopefully not do any of them anyway. (I was told of a case of a young man who attempted to press a rabbi for some distinctions in the laws of forbidden male-female contact — in a clear attempt to distinguish “worse” from “better”. The rabbi wisely refused to answer.) Further, at times the courts must administer such punishments. It is also relevant to know which transgressions are more severe when it comes to matters of Jewish law — for example, to know which to suspend first in cases of danger to life.

This principle has a fascinating — but entirely logical — extension on a much grander scale. Just as each individual perfects himself through the entire gamut of mitzvah observance, the world as a whole reaches its perfection only through the service of all mankind, each of us serving G-d in his or her own unique way. The beauty of the world is in its diversity. No two people were created quite the same — and G-d intended it that way. The perfection of the world in the cosmic sense occurs when every human being, using his own unique nature and personality, devotes himself wholeheartedly to G-d. Every one of us has his or her own unique contribution to make. There is something special about each and every one of us (as we all know in our hearts), something we can offer to G-d which literally no one else can. G-d is not interested in only the few serving Him — only the scholarly or the pious, and not even that Israel alone serve Him. Every human being, formed in the image of G-d, must cleave to G-d in his or her own fashion. And when this occurs, the world over becomes a place of beauty, godliness and diversity.

The Mishna (Sanhedrin 4:5) offers a number of reasons why G-d decreed that all mankind be descended from a single set of parents (Adam and Eve). One reason is to show the greatness of G-d. If a human being creates many copies of a coin from a single mold, each will turn out exactly alike (just about). G-d, on the other hand, using the hidden wisdom of DNA, as well as heterosexual reproduction, created all of humanity from one set of parents and yet no two people are alike. Therefore, concludes the mishna, everyone is obligated to say, “For me was the world created.” I have something to offer which no one else can give.

(Another reason offered by the mishna is in order that we would all feel we’re related and so we’d get along better. The Talmud there (38a) adds dryly that if things are so bad now, how much worse would it have been had we not shared a common ancestry…)

G-d in his infinite wisdom saw to it that no two people are alike. And this is for the reason above: G-d does not want all of us serving Him in the exact same manner. He is not interested in 7 billion carbon copies of one another. He made each of us unique. We must discover our own individuality, direct it towards the G-d who fashioned us, and transform the world into a place of beauty, harmony and diversity.