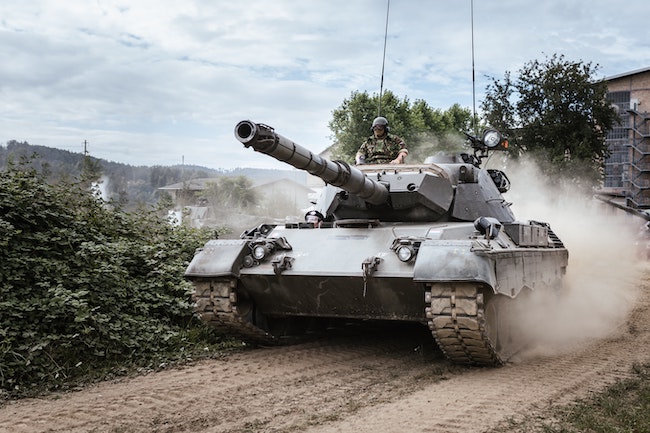 Last week we discussed Hillel’s first statement, of the importance of being a part of the community. We now move on to his next equally-significant teaching: that we not trust ourselves till the day we die.

The simple idea behind this is that we can never relax in our service of G-d. We have never just “made it.” There is no sitting back and enjoying that homecoming celebration after triumphing over life’s challenges — for they are still with us. The Talmud writes that every day a man’s evil inclination gains strength and attempts to overpower him — and would do just that if not for G-d’s Divine assistance (Sukkah 52b). The fact that we’ve served G-d so admirably yesterday and the day before is no assurance we’ll do the same today. New challenges always come our way — as well as old ones which have never really been put to rest. We might simply be caught off our guard after so many years of religious service. Or, we might not recognize the new challenges which come along, nor will we necessarily know how to face them.

It is a known phenomenon that parents in less traditional families are often more wise of the ways of the world and better know how to protect their children from negative influences, whereas strictly religious families just have no idea what hit them. There are drug problems in the Orthodox world — as well as Internet problems (let’s just call them that). Nothing is certain in life. We might have the greatest track record in the world — for many generations back, but sometimes the slightest temptation which catches us off-balance might make the entire edifice come tumbling down.

And the challenges are endless. We might become so used to serving G-d that it all becomes mechanical and habitual. Our Judaism might become so ingrained that it grows stale. And we will be unable to recognize the new challenges that face us as we grow older. (Try telling a 80 year old man he’s doing something wrong and needs improvement. Personally, I don’t even try. I have a very practical life rule never to argue with anyone twenty years older than I (which 80 still is — for now). Whatever they do is fine…) Our evil inclinations do not rest. The Talmud states quite frankly that there is only one place in which we can truly live worry-free and secure in our accomplishments: the grave (see Sotah 21a).

But there’s a far more sinister aspect to this. There is an unfortunate — but wholly logical — principle in Judaism. The Talmud states: “One who is greater than his fellow has a more powerful evil inclination than he” (Sukkah 52a). The greater we are, the greater our challenges will be. And theologically, this makes perfect sense. For free will to be upheld, G-d must maintain an equilibrium in the world. The greater I am, the more difficult my challenges must be — or otherwise I would have no real temptation to sin. And if I am not tempted, life not challenging. And if life is not challenging, my good deeds themselves are no longer meaningful. Thus, in order to maintain the realistic possibility of sin, G-d must preserve a balance in the world — a fulcrum precariously poised between the forces of good and evil.

On a practical level, however, this requires some explanation. If I, Dovid Rosenfeld, have never stepped into a MacDonald’s before in my life, it’s not likely I’m going to do so in the very near future. I have no temptation to eat a Big Mac, and I question the sanity of anyone who would actually want to eat an arachnid-resembling lobster. If so, wouldn’t we say my challenges are higher than those of my fellow? Perhaps I will slip and arrive five minutes later than I wanted to morning synagogue services, but aren’t the temptations I’m challenged with so much “higher” and less pernicious? Doesn’t it seem that — thanks to my parents and background — in certain ways at least my evil inclination has backed off and conceded defeat?

Unfortunately, the case is the exact opposite. As we grow, our evil inclination grows with us — and it will become far more subtle and sinister. Yes, it would not ask us to do overtly sinful acts. We will have outgrown the “simple” stuff; we won’t walk into a MacDonald’s. But our evil inclination is far more wily than that, and the greater we are, the more cunning it becomes. With appalling success, it will use our very righteousness against us. It will bring us to arrogance, causing us to look down upon others not as pious. Further, it will convince us that we’re so righteous that everything we do is sincere and justified. Acts of hatred and fanaticism will appear as religious zeal and righteous wrath. We’ll be so sure of ourselves that anyone less holy will be fair game. Our evil inclination will dress wickedness as righteousness — and we’ll pursue that with equal fanaticism. The increasingly fine line between good and evil will become ever more blurred — and our failure to discern the good will become ever more catastrophic.

Allow me to illustrate this. The Mishna states that with very few exceptions, “All of Israel has a share in the World to Come” (Sanhedrin 10:1). Our default position, bequeathed by our forefathers as our national heritage, is to have a connection to G-d and a place in eternity. We have to actively “blow it” to lose that share.

The mishna there then proceeds to list seven people who were exceptions to this rule — individuals from Scripture who did not receive their share in the hereafter. It’s interesting — and sobering — to note that according to our tradition most of these wicked men were Torah scholars of the highest caliber, almost unmatched in their generations. One such man was Do’eg, chief adviser to King Saul and head of the Sanhedrin (high court) of his time. Because he believed the future King David to be an enemy to Saul’s throne, he gave orders to wipe out the Priestly city of Nov for having unwittingly offered David asylum. When even the soldiers refused to commit such an atrocity, he personally slew the entire city — man, woman and child. (See I Samuel, Chapter 22.)

What brought Do’eg to such horrific evil? It is exactly as we wrote. Do’eg was so scholarly and beyond his peers that he knew just what G-d wanted better than anyone else. David was a traitor in his eyes — and besides, David’s piety and popularity had aroused Do’eg’s jealousy. And so, everything became justified in Do’eg’s holy war. Convince yourself that you’re G-d’s holy envoy, and anything you do will be justified and assume sacred dimensions. What any common soldier knew to be reprehensible evil became heroism in his eyes. Zealousness has a way of making the world appear very different from how it looks to the common-sense man. And when one is totally sure of himself, there is no limit to what he can do.

Thus, the greater a person is, the more terrible the evil he is capable of perpetrating. One who sees himself as G-d’s fierce defender, who believes so utterly in his principles (which only the greatest among us do) — when those principles become ever so slightly corrupted — is capable of the greatest and most terrible acts of destruction. Such people possess the potential for tremendous good. But their potential for evil — if their evil inclination gets the better of them — is equally awesome and terrible

(The original version of this class was written well over 20 years ago. Since then we have unfortunately been blessed with the hindsight of living post 9/11, 2001. The world today has learned ever more strongly of the deadly and catastrophic evil man is capable of when in his insanity he convinces himself he is acting in the name of G-d.)

And this is not limited to sensational acts of heroism and mass destruction. One final example of this phenomenon, also from Scripture, comes to mind. In the first verses of the Book of Samuel, we read of Elkanah and his two wives, Chana and Penina. Penina was blessed with children while Chana, to her profound sadness, was not — until she poured out her heart in prayer to the Almighty and was blessed with the future Prophet Samuel (as well as other children). Verse 6 states that Penina, in her cruelty, actually mocked Chana for her childlessness. (She got her just desserts in the end; she lost most of her children as Chana began having hers.) The Talmud tells us that amazingly, Penina mocked Chana “for the sake of Heaven,” i.e., with sincere intentions, for she wanted her co-wife’s feelings aroused so she would pray to Heaven with more intensity (Bava Basra 16a).

The Kotzker Rebbe, one of the all-time great Chassidic masters, posed the following question. From where did the Talmud infer that Penina had sincere intentions? There is nothing in Scripture that gives one that impression?

He answered quite simply: Our Sages realized it must have been so, for there is no one on the face of this earth who could be so cruel and heartless as to make fun of a barren woman — unless she was doing it for the sake of Heaven.

Well, there’s our point — exactly. What the simplest individual knows to be terrible cruelty is justified in the eyes of one who feels he acts in the Name of G-d — and is even a good deed. The more a person believes — or convinces himself — that his acts are for the sake of Heaven, the harder it is to arrest his course of action, and the more effort he will place in spiritual self-justification. All throughout Jewish history until this very day, some of the ugliest and most irreligious acts were perpetrated in the name of religion (in other religions as well, to be sure). Battles between Chassidim and Misnagdim (as well as between different groups of Chassidim — and as well as between Catholics and Protestants, Christians and Muslims, etc.) immediately come to mind. The more religious we are, the more strongly we feel (and should feel) about our convictions, and the more greatness as well as awesome destruction we become capable of.

Anyway, speaking of getting carried away in religious fervor, I think I’m beginning to exceed the bounds of even my usually-too-lengthy Pirkei Avos. We will wrap up this discussion G-d willing next week and will hopefully complete the remainder of this mishna as well.