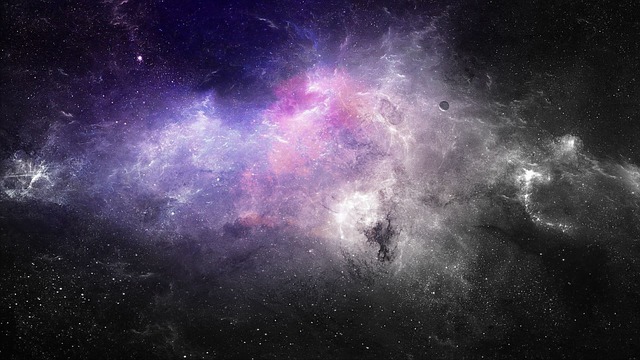 Rabbi Yannai said, it is not in our power to explain neither the tranquility of the wicked nor the suffering of the righteous.

This week’s mishna raises one of the classic and perennial questions of faith: Why do bad things happen to good people — as well as vice versa. I feel the greatest and most eloquent message here is the one which strikes us most immediately: our mishna does not even attempt an answer. As we know, there are theological approaches and suggestions, but sometimes it is better not to even try. Whatever we say will not satisfy — not the good person who suffers tragedy nor the believing soul which witnesses injustices daily. We will never truly do justice to G-d’s wisdom and judgment, nor will we ever fully understand G-d’s will. And at times it is better to just admit our inability and remain silent.

My uncle, R. Arthur Hertzberg OBM, writes in his memoirs (A Jew in America, HarperCollins Publishers, 2002, pp. 210-12 & 456-7), that he visited the Belzer Rebbe in Israel in 1949. The Rebbe had lost his entire family and the vast majority of his adherents in the War, and was himself only miraculously whisked from death and brought to the Holy Land. My uncle attempted to engage him in conversation about his recent past, but the Rebbe refused to speak. He never attempted to intellectualize or to rationalize what had occurred to him or the rest of the Jewish people. But he did do one thing: he rebuilt. He spent the remainder of his life recreating much of what the Nazis had destroyed — his Hassidic court, Torah schools, yeshivas, and more generally the Hassidic value system and way of life. And this sometimes is not only the best but the only correct approach. As my uncle once said to me, if we attempt to explain the Holocaust, it may not only shake our faith, it may destroy it, G-d forbid. If we ask unanswerable questions, who knows what conclusions we will reach — or how we will act upon those conclusions? The Rebbe, however, took the only truly viable approach: he moved on. His faith was unshaken, even if his intellect was far from assuaged. And in his silence he was able to rebuild and triumph where so many others had failed.

The truth is, in many other places the Sages, as well as practically every thinker the Jewish nation has produced, do address this topic — and many quite respectable answers are put forth. The Talmud (Brachos 7a) records that Moses himself asked G-d why do both the righteous and the wicked seem to sometimes have it good and sometimes bad. Moses’ question was even more broad: The world does not seem to have any pattern to it. It is neither a pure reflection of truth nor of falsehood. He thus asked how are we to make sense of this world. How are we to relate to the events we witness, and recognize them as manifestations of G-d’s providence?

The commentators explain: A basically righteous person enjoys G-d’s favor, so to speak. G-d has ample reward prepared for him or her in the World to Come — the place of true reward. G-d, however, is exacting in His justice. No bad deed may go unpunished nor good deed unrewarded. Therefore, G- d “pays off” all the sins of the righteous person in this world — the world of transience — in order to reward him fully in the next. And conversely for the sinner who has a few good deeds. G-d will pay off his good deeds here so as to punish him fully when the true time of reckoning arrives. This considered, the justice we view in this world may be the inverse of the true justice which will ultimately be meted out.

Well, already a brief practical message for us. When G-d gives us challenges or afflicts us, we should never take it as a sign G-d doesn’t like us. (Of course we shouldn’t stop there; we must be attuned to the warnings and messages G-d sends us.) Conversely, if G-d seems to be pampering us too much, we might just begin to worry… But let’s move on. There is so much more to say on this topic.

R. Eliyahu Dessler, of Russia, England, and later Israel, was one of the great thinkers of the previous generation. There are a number of concepts found in his writings which are relevant to our discussion (Michtav Mai’Eliyahu, Vol. I pp. 18-21). There are other reasons why G-d must sometimes withhold true justice in this world. If sinners would always be punished — and the wicked would generally be worse off in the world (“mean guys finish last” — no one seems to say that, strangely enough), there would be little temptation to sin. The choice between good and evil would be too clear — and not really a choice. Thus, to preserve free will, G-d allows evil to look enticing and available — as if one can enjoy himself and get away with it. (By the way, you can’t — just in case anyone was had.) As R. Dessler puts it, G-d permits Satan to reward his servants in this world, for if not, Satan would basically be out of a job.

Another concept, also from R. Dessler — but of course found in many earlier sources. Suffering should not always be viewed as punishment. When G-d causes the righteous to suffer it is to spur them to spiritual growth. It directs them to improve and helps shake them out of their complacency. The Talmud similarly states, “One who sees suffering coming upon him should examine his deeds” (Brachos 5a). The wicked, however, are much further from self-improvement. G-d does not “bother” with them so to speak — doling out warnings to them. The evil person is deadened to such messages and will not hear them. G-d’s relationship with such a person is far more distant. He does not intend to reward him in the next world, nor does He rebuke and chastise him in this one.

We have spent a few paragraphs discussing approaches and “answers”. They are all valid and in fact are quite instructive to the believing soul. But they detract from the message of the Sages here. The Sages at times propose solutions to this problem, but at the same time they state it is unanswerable. For after all is said and done, there is still something left unanswered, something profoundly dissatisfying: The world does not make sense! We can explain it away — it is full of evil and injustice because of x, y or z, but the world just doesn’t seem right! Is not evil wrong? Can it be that we witness sin and corruption — a terrorist attack — without repercussion? Doesn’t truth dictate that evil is wrong and self- destructive? If the world seems to be a place which permits evil and does not reward good, then it is not a reflection of truth — and therefore not a reflection of G-d. It is instead a place of emptiness and falsehood. And if so — this may be a strange way of asking it — but does the world really exist? How do we relate to the reality of this world — in fact, how can we stand it — if it is not a place of truth? If what cannot be appears to be, then the world is an illusion, a mirage of temporary falsehood. And if the world is an illusion, can we really feel a sense of reality within it? We may propose intellectual solutions to the existence and flourishing of evil, but on a very deep and profound level — the very level of our sense of reality — it should bother us — even frighten us — deeply.

To this our mishna responds with what seems a cop-out, but which is in truth a fundamental of Judaism: We Do Not Know! Admitting that we do not understand places a very different sense on our attitudes and expectations. Such an admission allows us to accept G-d’s sovereignty over the world and our role within it. If we go through life feeling an urge to make sense out of the inexplicable — that nothing can be wrong in the world — we will live with gnawing frustration and doubt — doubts about ourselves, our mission, and G-d’s creation. We will experience the sadness and resignation so well-expressed by King Solomon: “Futility of futilities! All is futile! What gain does man have in all his toil that he labors under the sun?” (Koheles 1:1-2). “All comes from the dust, and all shall return to the dust” (3:20).

Admitting, however, that such issues are beyond our grasp restores them to G-d’s domain — where they belong. We accept that much of what occurs in this world is beyond our ken. We know G-d has a plan, He carefully directs the world, and our actions make a difference, but we do not even attempt to see the entire picture. Intellectually, we may attempt to explain the concealment of G-d’s Hand and the world’s lack of justice, but emotionally we will just have to continue to wait.

But wait for what? It is an equally fundamental principle of Judaism that the dilemma of a world without reason is not eternal. Yet another cornerstone of our faith is the belief in the ultimate arrival of the Messiah. When he arrives, he will not only right the wrongs of mankind and the Jewish people, but he will restore the world to truth. Peace and prosperity will be the lot of the servants of G-d. Evil will be banished; in fact it will self-destruct. G-d will dwell among us and His Presence will be felt: truth and justice will prevail. At that time we will no longer live with questions, doubts and frustrations. The world will make sense, and will become the true reflection of G-d it was meant to be. May the suffering and doubts which are the fate of the Israel and mankind today be speedily and in our days transformed into truth, love and understanding. “And it will be on those days, the L-rd shall be one and His Name shall be one” (Zechariah 14:9).

Based in part on a lecture heard from R. Yochanan Zweig.