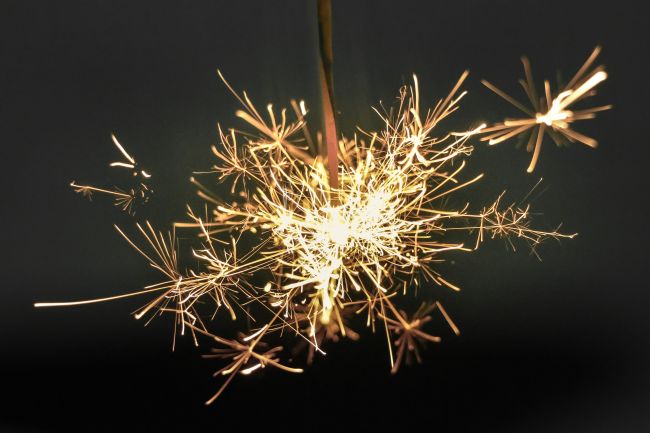 Before we begin examining the statements of our mishna, I would like to make a simple observation regarding its structure. “Beloved are we that we have X. We are even more beloved that we have been told we have X.” It is often not sufficient to be granted a gift or a talent. That gift may very well go unnoticed and unappreciated if nobody informs us that we have it.

It is a known phenomenon that people often do not recognize their own talents. (Even more curious is that they often pretend they possess ones they don’t particularly have. People are far quicker to deny their weaknesses (which they’re quite strongly aware of) than admit their strengths.) Perhaps we become so accustomed to our talents we fail to fully appreciate just how truly blessed we are. Or perhaps we subconsciously deny them for we realize that with great talent comes great responsibility. Or perhaps we have only vague ideas about our abilities to begin with (which says a lot about how well people know themselves), and only when they are clearly defined and spelled out do we really begin to understand just whom we are.

Regardless of the reasons, however, there are certain things in life which G-d wanted to make absolutely certain we would not overlook. There are certain human and Jewish qualities which G-d insisted that we recognize: that every human being is fashioned in the image of G-d, that we, the Children of Israel, are G-d’s children, and that we are the bearers of His precious Torah. These are the true “gifts” G-d has granted us, giving our lives purpose and direction. We may want to deny our humanity or pass through life unaware of the potential we have to be godlike beings. But G-d never lets us forget just whom we are. Certain things in life are just too precious to be denied.

Pardon my saying it, but I feel R. Akiva had a particular need to tell his fellow Jews just how blessed they are. Jews are a relatively insecure people (that was an understatement). 😉 Do we feel “gifted” with our special role to mankind? Do we proudly carry our heritage? Or do we look over our shoulders — fearing that our Gentile neighbors will not approve of our peculiarities? Perhaps we lack the requisite self-confidence because of a long (and continuing) history of Antisemitism. We’re too afraid of being different — and of standing for our own principles. And most tragic of all, there are those (especially in the past two centuries) who have bent over backwards to refashion Judaism in more “respectable” fashion, discarding anything which might raise eyebrows among the neighbors.

Unfortunately, such behavior does not earn the approval of our Gentile neighbors. The results are in fact usually quite the opposite. Our neighbors are not flattered by our attempts at imitation and currying favor. They view it as an intrusion, that their culture is being invaded and watered-down by outsiders. Their reaction will be to remind us that we are but sojourners among them (as G-d promised us) and a not-fully-welcome foreign entity. We would command a lot more respect if we would show that we stand for something — and demonstrate that our principles are more important to us than conformance or even acceptance in the eyes of the Gentiles.

We now turn to R. Akiva’s first statement: “Beloved is man for he was created in the image of G-d.” This statement was clearly not directed at Israel alone, as our Mishna’s second two, but to all mankind. All humankind is fashioned in G-d’s image. We are all endowed with a godly spirit, an innate drive to do good and accomplish. We possess a human conscience — which stirs us to compassion and goodly acts, and which nag at us if we act wickedly. We are all granted free will — the independence of spirit to choose good over evil, soul over body. And we are all beckoned by G-d to rise to its challenge.

(Incidentally, it goes without saying that being fashioned in the “image” of G-d does not mean that we “look like” G-d. G-d is incorporeal; He has no physical form. This is the third of Maimonides’ 13 Fundamental Principles of Faith, and the Torah likewise states: “…for you did not see any image on the day G-d spoke to you at Horeb…” (Deuteronomy 4:15). Rather, we “resemble” G-d in that each of us has an independent soul — and the free will to choose to follow its dictates rather than those of our bodies.)

There is an interesting distinction here. Every human being has a soul, granted. But let’s say he ignores it, he does not follow the promptings of his conscience. What happens then? King Solomon wrote: “G-d has made man upright, but they have sought many complications” (Koheles 7:29). Eventually, his conscience — his soul — will be stifled and will cease to function as a vital force. The longer a person follows his own selfish and animalistic desires, the more his conscience will ebb away. He will become deadened to the challenges G-d has set before him, and he will lose all sense of guilt and shame over his behavior.

At that point, such a person’s soul will die. The Talmud states: “The wicked even during their lifetimes are called dead” (Brachos 18b). Beating hearts and functioning nervous systems do not living beings make. Certainly high IQ’s have little or nothing to do with it. If a person has no sense of purpose, if he is completely unresponsive to the prompting of his conscience, he has no soul — and he is dead as far as G-d’s master plan for the world is concerned.

The Jews are different.

In R. Akiva’s second statement, he states that we, the Children of Israel, are the children of G-d. This of course implies an especially close relationship — we’ll discuss this more fully G-d willing next week. But there is something much deeper. A parent (under normal circumstances) never completely forsakes his child, and never entirely forgets that his child is his. When G-d told us we are His children, it contained an implicit promise that He would see to it that we never lose the divine spark of godliness within us. G-d does not allow us to totally forget who we are. He made our consciences and our connection to Him just so much stronger, and He promises that any Jew, no matter how remote and distant he seems from spirituality, is still deep down a Jew. (Jews have always had a very healthy guilt complex, genetically preserved and passed on by our Jewish mothers over the centuries…) 😉

In Yiddish we refer to this spark of Jewishness as the pintele Yid — the miniature Jewish heart which beats in every one of us. Except under the most extreme circumstances, a Jewish soul never entirely dies. G-d, in granting us the ultimate privilege of being His children, does not — cannot — allow us to shirk that honor. We cannot just forget it all and decide to live like everyone else. Our sense of guilt and calling would never totally abandon us, and we would never feel entirely fulfilled and at peace with ourselves any other way.

For this reason, no matter how distant a Jew appears from G-d and Judaism, there is always something to build upon. Even if he denies it, fights it, joins cults, country clubs, converts out, marries out, or cries atheism and evolution, deep down he knows he is a Jew — and a child of G-d. And he knows he can and eventually must return to his Father’s home. And G-d, in His infinite love and patience, knows this too.

(Based in part on the commentary of the Tiferes Yisrael to this mishna.)