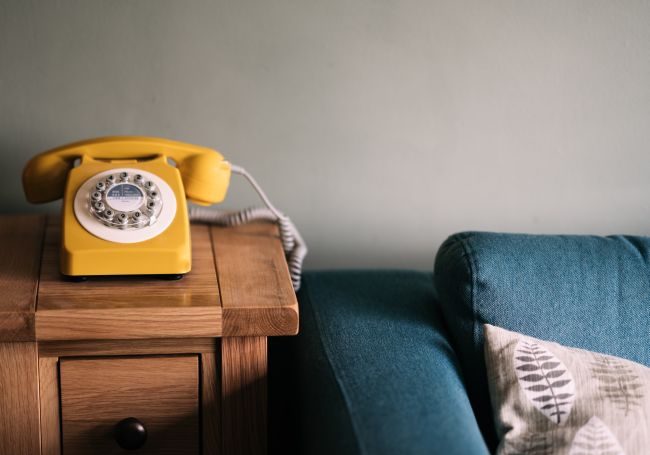 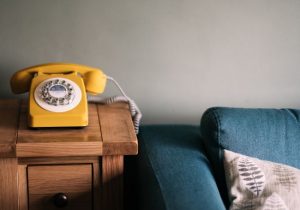 The Egyptians mistreated and afflicted us, and made us work very hard. When we cried out to God, the God of our fathers, He heard our voice, and saw our affliction and poverty, and how we were being oppressed. (Devarim 26:6)

I TRY AND turn life situations into lessons for life. This is especially true when I realize I have done something . . . well . . . not so intelligently. This way I can feel that my ineptitude was not a complete waste, and might even save someone else some trouble.

My most recent example of this began when our kitchen light bulb burned out on Shabbos Parashas Shoftim. Being a halogen bulb, it had been there faithfully for a while, but finally reached its end, on Shabbos of course. And even though I replaced it on Motzei Shabbos with a new bulb that probably would have lasted for another long period of time, I decided it was time to replace it with a LED fixture. They’re more expensive, but it means no more bulbs and less energy draw over time.

I bought my new fixture easily enough, and decided on the following Monday to install it myself. I like doing things like that, and if the wiring is simple enough, I don’t mind doing it. However, I do kind of hold my breath when turning the fuse back on, and only let it out once the light works and the house doesn’t blow up.

I calculated the job to take 30 minutes, all the time I wanted to spend on it. The fixture seemed simple to install, though I don’t know why they labeled the slot for the second live wire “N,” which I took to be “Neutral” at first. Until, that is, the fuse blew twice on me and forced me to change the wires around.

It took me 2.5 hours instead. I had to take two showers during that time because it was hot and I kept sweating so much I thought I might electrocute myself, even though the power was off. What took place was such a comedy of errors that I wish I had filmed it, so I could have uploaded it to some social media and let others enjoy my folly.

Then a TINY screw from one the “chocolates” (used for attaching wires together) came out too far and, of course, fell to the floor. I kept a close eye on it while holding the fixture in the air and standing on top of a chair. I saw it bounce once, then twice, and then shoot somewhere else I could not see. I NEEDED that screw.

So, I decided to replace it with the screw from another chocolate, not realizing as I did it that it was ever so slightly larger than the one that had fallen. There I was, up in the air, screwing the final wire into place when, lo and behold, the screw jammed in the hole and the wire came out.

When I finally sorted that part out, it came time to attach the fixture to the ceiling bracket and finally the job. But there was so little space between the bottom of the fixture and the ceiling that the wires were hard to arrange so that it would sit flush on the bracket for attachment.

Once I finally got that done, I realized that I could not see where to put my screwdriver to tighten the fixture to the bracket. The space was too narrow, and I started questioning the brains of the designer who came up with the idea.

After three failed attempts and gravity doing its thing on my arms, I finally felt hopeless. I began to resign myself to the fact that an expensive electrician would probably have to finish the job. Ouch, especially after so much time and effort.

That’s when I finally “lost” it and found myself grunting out loud in frustration. No sooner had I done that when I realized that if I move my chair back a bit, I will change my vantage point and will be able to see the screws for the bracket. I did it, I saw them, I tightened it, and finished the job. I clicked the fuse, the light when on, and the house did not blow up. I gave great praise the Creator of the Universe as I reveled in three hours worth of handiwork.

“If only I had grunted TWO hours ago,” I told my wife.

The moment I said that, albeit in jest, I realized just how true it was. That HAD been my mistake from the beginning. I had not turned to God early on because I kept thinking, “I’ll get it now. I can get this right now.” I didn’t think it was necessary in the beginning to invoke God’s help because I thought I could do the job without it, and THAT is NEVER true.

Apparently we made that mistake in Egypt. The verse says:

The Egyptians mistreated and afflicted us, and made us work very hard. When we cried out to God, the God of our fathers, He heard our voice, and saw our affliction and poverty, and how we were being oppressed. (Devarim 26:6)

Which was a GREAT thing. It also happened after the Jewish people had already been enslaved and suffering for 115 years! And all that time God didn’t see their affliction and poverty, and how they were oppressed?

What had they been doing until that time? Certainly not partying. Coping. Managing. Trying to find ways to deal with the situation on their OWN. So God said, “Okay, go ahead. Do it on your own, and call Me when you finally realize you need My help. I’m sure there were those who, at some point said, “If only we had cried out EARLIER. Perhaps we could have ended the suffering EARLIER.”

The moral of the story? Why wait? Invoke God’s help early, even if you think you don’t need it, or don’t want to bother Him. That’s what God DOES. That’s what God LOVES to do, especially if you remember to say THANK YOU after He has saved you, on whatever level He does.