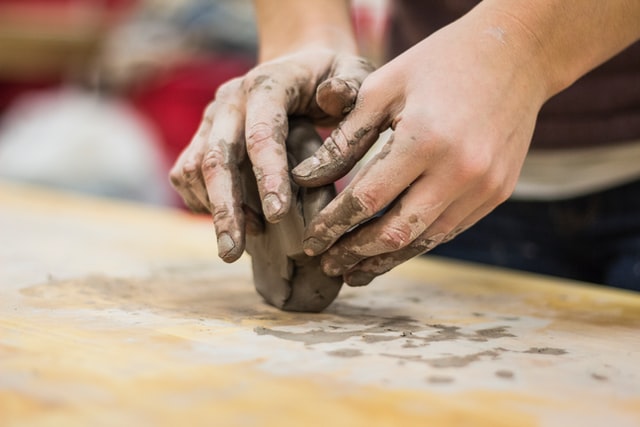 This mishna focuses on the Jewish judicial system, and its advice is addressed to judges. As always, however, we will find the words of the Sages far more meaningful and relevant than their limited scope might imply.

Yehuda’s first statement is actually difficult to translate. One should not make himself an “orchai hadayanim,” which literally means “a setter up of the judges.” The meaning, according to the majority of the commentators, is that one should not advise a single litigant how to present and plead his case. This will either “set up” the minds of the judges — to be partial towards that litigant, or set up the judgment as a whole in his favor. (The commentators appear divided as to whether this advice is directed at the judges themselves or to any person partial towards a single litigant.)

The message is that the judges should examine the bare facts of the case alone. Neither side should require coaching; each should simply present his or her version of the story as accurately and objectively as possible. The truth (or lack thereof) of each position should speak for itself. There is no room for carefully arranged and acted-out prosecutions or defenses, for courtroom drama. (A divorcee once complained to me how his ex has the ability to “turn on” her tears at just the right moment of her testimony.) Posturing, dramatizing, or employing any of the many tactics we have become so accustomed to today to “set up” the minds of the jurors or arouse their sympathy is wholly out of place. The courts must be vehicles of G-d’s objective and unwavering justice.

For that matter, lawyers were virtually nonexistent in the traditional Jewish court system. Even the word “lawyer” did not exist in classical Hebrew — as evidenced by the fairly awkward terminology of our mishna. In fact the modern Hebrew term for lawyer is the equally awkward two-word phrase “orech din” (“arranger of judgment”) — stemming from our mishna’s language. And even more emphatically, the pocketbooks of the litigants should not determine (for all practical purposes) the eventual verdict.

The second statement of our mishna is that judges should view the litigants as guilty when they stand trial. They should be wary of the litigants’ every word. Nothing should be glossed over or taken at face value. As the Talmud puts it, “Words of truth are recognizable” (Sotah 9b). When someone is making up or embellishing a story, chances are something will not fit (either that or the testimony will be too smooth and well-rehearsed), and the acute observer will catch on to it fairly quickly. In truth, “Innocent until proven guilty” is one of the most fundamental tenets of Jewish law (Talmud Bava Kama 46b — as well as many places). Yet, judges must maintain a healthy suspicion towards the litigants. All evidence must be properly scrutinized, and nothing should be taken for granted, whether about the case at hand or the defendants themselves.

In addition, as the commentators observe, both parties must be viewed as equally guilty. Neither party should be given any sort of preferential consideration due to his background, reputation or social status. “Profiling” too is a modern phenomenon, wholly absent from Jewish tradition. All are equal in the eyes of G-d’s law.

There is a fascinating insight regarding the role of judges as envisioned by the Torah. As we will see, the concept of the impartiality of the judges is far more profound than simply a means of rendering proper decisions.

Deuteronomy 19:16-21 discusses the subject of false witnesses. If two men testify in court, say that Jim is a murderer, and they are afterwards shown to be testifying falsely (other witnesses testify that the first witnesses were elsewhere when the crime was allegedly committed), they receive the punishment they attempted to inflict upon Jim. I.e., they are killed themselves. Verse 19 states that the witnesses receive what they attempted (“zamam”) to do to the defendant. The implication, according to the Rabbis, is that if the witnesses not only attempted but were also successful (i.e., they were not disproved until after Jim was put to death), they are not punished (Mishna Makkos 1:6). How could actually causing the courts to kill Jim be less severe than unsuccessfully attempting it?

The Ramban (Nachmonides, of 13th Century Spain) explains as follows. If the false witnesses were successful in putting Jim to death, it must be that in fact Jim deserved death for one reason or the other. G-d would have never allowed him to be put to death had he not truly deserved it. Thus, although the witnesses themselves were liars, they did not truly kill an innocent man. They merely put to death someone who deserved it anyway. If, however, they were unsuccessful, G-d must have thwarted their plans because Jim was really innocent. And so, the witnesses were in fact guilty of attempted murder.

My teacher R. Yochanan Zweig raised an enormous difficulty with this answer. By that reasoning, why should an actual murderer ever be put to death? Why not use the same alibi: “The person I murdered obviously must have deserved it. Otherwise, G-d would have never allowed me to kill him! I’m just a messenger of G-d!”

In addition, there are other ways in which Jewish law deals more harshly with false witnesses than with people who actually commit crimes — for example in that to be convicted of committing a crime one must first be warned by the witnesses before doing the act, while false witnesses are punished though they never received such a warning before they testified falsely. And this too requires analysis. How can one who kills with his own hands be dealt with less severely than one who does so only indirectly, merely causing the courts to carry out the misdeed?

There is an important insight in this — one which casts light on the entire concept of the Jewish justice system. Jewish courts are not only a convenient mechanism for preserving law and order. They are G-d’s vehicle of justice on this earth. They represent truth — the truth of G-d and His Torah — and its manifestation in society. When one deceives a court, he is not only framing an innocent man. He is distorting G-d’s representation of truth in this world. He is perverting man’s perception of truth, corrupting the most basic and precious reality of the universe.

If someone commits murder or adultery, he knows he’s a sinner and everyone around him knows he’s a sinner (or at least so was it once upon a time). And if you know you’re a sinner, you might just one day repent. If, however, a person fools the courts into believing an innocent man is a murderer, he is masquerading falsehood as truth. He is corrupting the very fabric of the universe. The world and in particular the courts — G-d’s very vehicle of truth and justice among men — have been turned into bodies of falsehood, and G-d’s very Presence has been banished from among man.

As a result of this, the guilt of false witnesses depends upon the outcome. They are not punished for the sentence they attempted to have carried out. That was not even their direct doing. Their guilt is for the corruption of truth. Thus, if they are not successful in carrying out their plans, they have attempted to distort reality and are judged accordingly. If, however, they are successful, then the defendant must have really deserved death — for G-d would not allow such a travesty of justice with no valid basis — and the perpetrators were not in reality corrupting the truth.

Tragically, this is a concept which applies outside of the courts equally well. There are many other vehicles in this world which shape our minds and fashion reality in their own image, often in blatant disregard to actual truth. And the absolute winner in this category is the media. It forms our opinions for us, presenting truth according to its own biases. And the believing public finds its attitudes molded by whatever reality the liberal media has fashioned for it.

How does the world view the State of Israel? When the public is fed headlines such as “Israel retaliates…,” “Israel strikes targets…,” and “Israel assassinates…” (or at best “violence erupts” when there was actually a very clear “erupter”…) , reality is twisted in the eyes of a gullible public. How much media coverage is focused on PA corruption and disregard for human rights, on the vilely anti-Semitic statements which spew forth from PA ministers and Muslim clerics alike, on the terrorist attacks which were not successful (thanks to G-d in Heaven), and on the spontaneous dancing in the Arab street when an attack is? Meanwhile, a patient and law-abiding democracy, deserving the world’s praise, support and encouragement in its battle against true criminals against humanity has become the aggressive, human-rights-ignoring police state, continually slammed by the UN, the EU and all sorts of other organizations hardly searching for truth to begin with.

Needless to say, this class is hardly intended to be a forum for Dovid Rosenfeld’s news commentary. (I could go on, but I’m probably preaching to the choir.) Nevertheless, those who author and disseminate the “news” are playing with fire — with truth itself — and with the most precious and essential commodity of all existence.

Lastly, we ourselves possess that same power over reality — in our mouths and our manner of speech. The way we talk about others — especially behind their backs — creates images — and realities — which are hard to counter. If we create a negative image about our fellow, we may damage him and his reputation in ways from which he may never recover. Judaism is exceedingly forceful in its condemnation of gossip and slander. Far from saying “names will never hurt me,” Judaism recognizes what an awesome role words play in creating the reality around us. Let us take care that we, our courts, and our very mouths become vehicles of truth, honesty and beauty in this world.