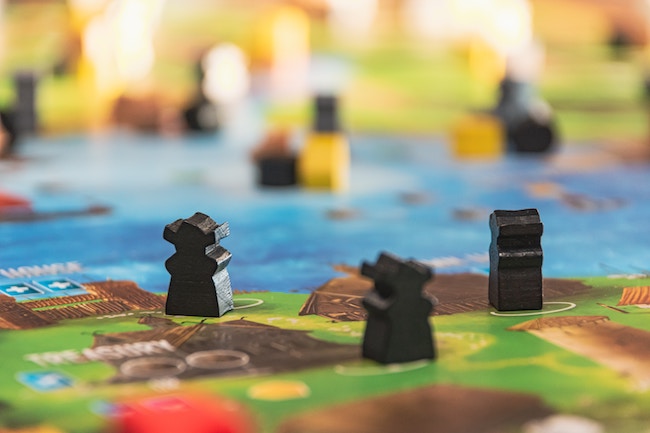 This mishna discusses different attitudes regarding the giving of charity. The final two cases are straightforward: One who gives and wants others to give is clearly pious, while one who neither gives nor cares if others give is callous and sinful.

The second case is also understandable: One who wants others to give but does not give himself realizes the worthiness of charity and the need to help others. He personally, however, cannot bring himself to part with his money. Such a person is lacking in an important mitzvah (good deed), but it is not out of spite. He is concerned about the plight of the impoverished, but does not have within him the resolve to give himself. For this he has a “bad eye” towards himself.

The more difficult case is the one who gives but does not want others to give. Our mishna states that such a person has a bad eye towards others — seemingly, that his only shortcoming is in his unwillingness to share his good deed with the rest of mankind.

This is difficult when we think about it. If I want to give but do not want you to give, haven’t I missed the entire point of charity? Clearly I am not giving because I care about the well-being of the poor. I am simply giving because I want to look better than my fellow — or on a slightly (but not particularly) more religious note, I want to outdo others in my share in the World to Come. Either way, haven’t I missed the entire purpose of charity? I do not truly care about others or want to help them. I see charity as nothing more than a means of enhancing my own reputation. What is the worth of that?

This issue brings us to a deeper philosophical question. Say a poor person comes to me for alms and I don’t give him. What will happen? Will he starve because of me? But isn’t G-d the one who determines the fate of man? Does this person’s fate really hang on my own free will — that my own decision will determine whether he will live or die? (There is a concept that G-d’s justice can be “hurried up” if I exercise my free will to hurt another (we spoke about this not too long ago), but ordinarily speaking, human life is in the exclusive hands of G-d.) The Talmud writes further that a person’s yearly income is predetermined every year at Rosh Hashanah (Beitzah 16a). If so, would the poor man’s allotment vary depending on my decision to give him charity?

Based on many statements of the Sages on the matter, our understanding of G-d’s control of the world would seem to dictate that the fate — as well as the income — of the poor man is not dependent at all upon me. Whether I give or not will not actually make a difference. G-d will provide for him one way or the other. Such is axiomatic.

But if so, why give charity? It will make no difference!

The answer is that on a profound level, I do not give charity because this man is in trouble. If I ignore him and his needs, G-d will easily find some other way to help Him (as well as taking the undeserved money away from me). Rather, I give in order to take advantage of an opportunity to do a mitzvah. Better that I be the one to assist the needy, earning some reward for myself in the process.

Based on this, our mishna is readily understandable. The only fault of the person who gives but does not want others to give is that he wants to be the one to take all the reward, while in truth, he should want everyone to do his or her part.

Well, perhaps the above is true, but it is hardly soul satisfying. Doesn’t charity have so much more meaning than “Do it and get reward?” Shouldn’t I be doing it in order to help others — and shouldn’t the giving make me a warmer, more charitable person? Do we really approach charity — as well as the many Torah commandments to be kind to others — with the attitude that it’s not really to help the person but it’s just to grab reward for ourselves?

And even further, will I really feel the same sense of urgency towards giving charity if I know G-d will help this person anyway? (I was once involved in raising money for a cause in which we knew a certain philanthropist was going to cover all remaining expenses beyond what we could raise. Psychologically, it just took all the urgency — as well as the zest — out of our mission. (The smart philanthropist pledges matching funds.))

We must take this discussion one level deeper. I once heard R. Yitzchak Berkovits of Jerusalem make a fascinating observation. Many of the acts of kindness we as Jews must do are not commanded explicitly in the Torah. The Torah never instructs us to visit the sick, care for the elderly, or act with hospitality towards strangers. It writes much more generically (and poetically) “You shall follow (lit., walk) after the L-rd your G-d” (Deuteronomy 13:5) To this the Sages ask: How can a human being walk after the L-rd? Is He not a “consuming fire” (ibid., 4:24)? Rather, it means that just as He clothes the naked, so should you; just as He visits the sick so should you; just as He buries the dead, so should you (Talmud Sotah 14a).

But why the poetry? The Torah is typically so very exacting when it comes to proper mitzvah observance, providing precise and intricate detail. Why for the really “important” stuff does the Torah content itself with such pleasant generalities as “love your fellow” or “follow the L-rd?”

Here we come to the crux of the issue. When we act with kindness, we do not go about it thinking our charity or hospitality does not make a difference and really G-d will take care of things anyway. We do it because we feel ourselves to be “following the L-rd” — meaning acting like gods ourselves! We can save the world, and if we do not do it, no one else will. If a human life is in danger, we do not rationalize — G-d can save him if He wants, He must want this person to die, etc. We forget about G-d! We run to save the person as if nothing else in the world matters — not even Torah restrictions — while we drive the person to the hospital on the Sabbath. For if we do not save the world, no one else will.

G-d created this reality within the world, that on one level — when it comes to putting in our own effort — we see ourselves as creators and controllers of the world. It is true that on a different level G-d makes the final calls, but that is not our concern — nor our Torah obligation. We must save the world and improve the lot of others — and we do so with the sense that it’s up to us and that we can and must make the difference. (Perhaps even G-d leaves certain outcomes dependent upon our efforts — but again, this is G-d’s department and not our direct concern.) And this is because G-d commanded us to act as gods, whose one mission is to change the world around us — making it a better — as well as kinder — place for all.

R. Berkovits illustrated this concept. Say you are a surgeon at the operating table, and you tried your best to save the patient. If G-d decreed that it was time for the patient to die, you did not kill him; G-d did. If you did everything in your power to save him — or for that matter if you did everything you could to raise your child properly — in G-d’s eyes you have saved a life or successfully raised a child. Let’s say, however, you were negligent and did not give your patient proper care. The patient lived anyway because G-d so decreed. That likewise was not your doing. On Heaven’s scales you are a murderer. We act towards others like we are the ones who control fate, and our deeds must assume that sense of urgency. G-d in turn judges us accordingly — based on our intent, not on the Divinely-ordained results.

In conclusion, we live in this world on two levels: as gods and as servants. We are servants whose duty is simply to fulfill G-d’s will. And on that level, our mishna is correct in stating that one fulfills his basic obligation through worthy acts alone. But on a much deeper level, we strive to be something so much greater. We help others not because G-d said so, but because we actually want to make a difference — and we have the right and the obligation to feel we just might. And with that in mind, we are able to truly follow in G-d’s footsteps — and in the process become gods ourselves.