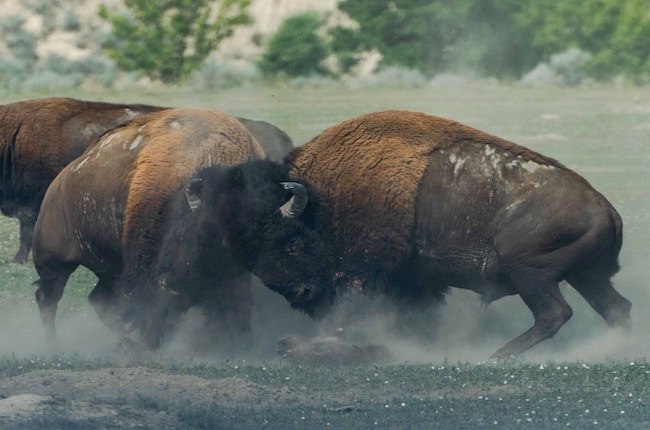 This week’s mishna in a way parallels the previous. Whereas Mishna 19 contrasted true love with its empty imitation, this mishna compares “good” arguments — for the sake of Heaven — with petty, childish ones.

Before we look more closely at our mishna, we note right away that arguments per se are not “wrong” or groundless. There is nothing wrong with having disagreements with another human being — and airing them. People will always have differences; there will always be what to argue about. Yet their debates can be for the sake of Heaven: they can evidence G-d’s Presence in this world rather than drive it away. As I am fond of pointing out — from the vantage point of nearly thirty years of marriage — that you can disagree with another human being about all sorts of basic and important life issues — but it doesn’t mean you don’t love the person. Often, the frank and respectful exchanging of views and differences is an important part of building and maintaining healthy relationships — far more so than clamming up for the sake of an illusory harmony.

Our mishna chose Korach as the prime example of a debater not for Heaven’s sake. We read in Numbers 16 of Korach’s rebellion against Moses. His party platform was very noble: Why did Moses choose his brother Aaron as High Priest — seemingly consolidating all the power within his own family? “The entire congregation is holy and in their midst is the L-rd. Why do you lord over the congregation of G-d?” (v. 3). Very inspiring words. Korach is clearly a man of the people who cares for the interests of others. He also proved an effective campaigner, rallying the people behind his noble cause.

The Sages tell us his true motive. Moses had earlier appointed (on G-d’s instruction) Korach’s cousin, Elitsafan ben Uziel, as head of Korach’s extended family (the family descended from Kehas, second son of Levi). He was jealous, plain and simple, that he did not get the job himself. Yet all of a sudden he becomes grand proponent of democracy and equal rights — and he champions the battle for his noble cause. (So noble you could puke.) Korach (as well as his cohorts) wanted a piece of the pie themselves. But when they didn’t get it, all of a sudden they become big champions of the cause of the common man: why should anyone have power? The whole nation is holy, and just as a room full of sacred books should not require a mezuzah on the doorpost, neither should a nation of saints have Moses and Aaron lording over them.

And, of course, when this grand wave of liberty sweeps through the nation, freeing them from the tyranny of Moses’s iron fist, to whom will the power revert other than that grand spokesman and advocate of democracy himself — Korach? Selfish, shallow, devious, and hypocritical — an intelligent observer could read him like a book. And you know something? It almost worked.

There is a small crevice in the heart of man which just does not want to be ruled — not by Moses, not by Aaron, and not by G-d. Korach, in his selfish bid for power, tapped that nerve. It required Divine revelation and retribution to quash his rebellion.

For debaters for the sake of Heaven our mishna turns to the beloved sages of the Mishna — Hillel and Shammai. They (and especially their students) debated many issues throughout the Mishna, and in many ways their approaches to life fundamentally differed (see Talmud Shabbos 31a). Yet they debated for the sake of Heaven. Both parties had the same goal — understanding and following G-d’s will. They saw each other not as antagonists but as partners in this lofty mission. Their disagreements forced each of them to clarify and defend his own position. They thus complemented rather than contrasted one another.

Their mutual love and respect was reflected in their behavior towards one another as well. Were they argumentative, vindictive, or out to get each other? We all know that once someone gets on your bad side, you find everything about him annoying — his opinions, habits, manners, the way he parts his hair. He can do no right. If he likes vanilla you like chocolate (in fact you hate vanilla). The Talmud is filled with debates between scholars who seemed hopelessly incapable of ever agreeing with one another, and who often fiercely argued their positions. Vigorous, give-and-take debates are as well the standard fare of the yeshivas (rabbinical colleges) of today. Yet we find none of the acrimony or animosity between these scholars that we might almost expect to find.

Regarding the schools of Hillel and Shammai, the Mishna writes that even though they had many basic disagreements regarding marriage and forms of ritual uncleanliness (affecting food and utensils), they both intermarried and borrowed utensils from one another (Yevamos 1:4). Each party would congenially and respectfully inform the other, “This is forbidden according to you.” They respected the others’ right to disagree, harboring no illusions that they possessed the only valid approach to understanding G-d’s Torah.

Rabbi Yochanan was one of the foremost sages of the Talmud. His study partner and almost incessant critic was Reish Lakish. One can scarcely go a page in the Talmud without encountering an argument between these two adversaries. Yet when Reish Lakish passed away, R. Yochanan was disconsolate. A new study partner was found for him, who in spite of his great erudition turned out to be a yes man. And R. Yochanan mourned this fact: “In the old days everything I would say Reish Lakish would challenge with 24 questions — and I would counter with 24 answers — and the topic was naturally broadened and enhanced. This scholar, however, brings proofs for everything I say!” (Talmud Bava Metziah 84a). The great debates of R. Yochanan and Reish Lakish did nothing but bring them closer. They shared a closeness and companionship over which death itself held no sway.

The answer is that both opinions in such arguments are true and eternally valid. The scholars of the Mishna and Talmud were sincerely and truthfully attempting to understand G-d’s word. Using the tradition and tools handed to us from Moses, each tried to understand the Torah’s eternal truths in his own unique way. There were still debates and differences of opinions. As Jeremiah (23:29) put it, the Torah is as a “hammer smashing a rock” (fragmenting a single rock into many small pieces, all originating from the same source). There are 70 valid explanations to every part of the Torah (Bamidbar Rabbah 13:15). And all legitimate opinions became a part of our eternal Torah. The Talmud is replete with the opinions of scholars whose viewpoints are not accepted by Jewish law. Yet we study their opinions till this day, as seriously and reverently as the accepted opinions. All such scholars were not simply arguing. They were seeing different aspects of the same all-encompassing truth — just as the many facets of a diamond glimmer differently at different angles. And they, in all their disputes and differences, together saw the wisdom of the Torah in all its depth, beauty and harmony.