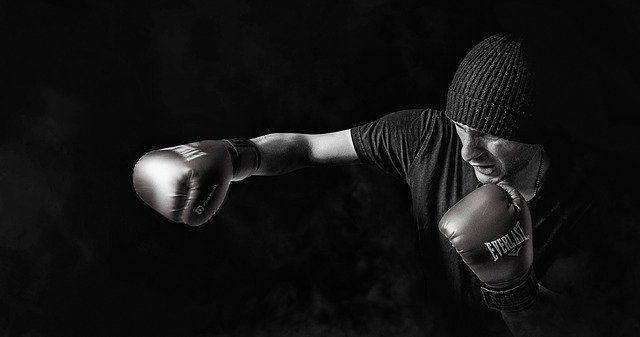 Yehuda ben (son of) Taima said, be bold as a leopard, light as an eagle, swift as a deer, and strong as a lion to do the will of your Father in Heaven.

This mishna instructs us to learn from the animal kingdom the proper manner of serving G-d. We should exhibit an almost animal-like intensity in our zeal to fulfill G-d’s will. Taking our mishna’s first example, leopards are not the largest of the big cats, but they have a ferocity found in few of the great hunters. (We have a good picture of one in a children’s magazine, and you can just see the intensity of their stare, that gleam of raw animal.) So too, we should serve G-d proudly, almost fiercely, not being embarrassed to be different from others or to stand up for what we believe in. The commentators additionally note that although the Sages generally view brazenness (ahzus) negatively, when contending with evildoers one must at times not be afraid to take the offensive and to stare the world down. Sometimes it really is the rest of the world which is crazy.

Continuing in our mishna’s imagery, the lightness of an eagle implies not being earthbound by physical pleasure or human sluggishness. The swiftness of a deer implies the oneness of purpose and quickness of reflex to follow G-d’s will. Finally, the strength of a lion implies possessing the resolve and conviction to withstand temptation and to hold firm to commitments and obligations.

Our mishna tells us that an almost superhuman fierceness and resilience is required to properly serve G-d. Although — as I often mention — Judaism believes in living “normally” — it does not preach self-flagellation, poverty or extreme asceticism, there does have to be a sense of going beyond our natural abilities for G-d’s sake. Serving G-d cannot be something one accomplishes in stride, while going about life normally. It enters the realm of the extraordinary. To transcend the ordinary of this world and latch on to the extraordinary, we must be prepared to exceed the bounds of regular human endurance. This requires effort and exertion not always inherent to the human race. Ironically, we look towards the fierceness and intensity of the more physical world — the animal kingdom — as our guide for transcending the sluggishness and lethargy so often the lot of man.

And this is not simply wise advice. It contains the key to saving the world.

In II Kings 3:27 we read of Maisha, King of Moav, besieged by the joint armies of Israel, Judah, and Edom, offering his eldest son as sacrifice — according to one opinion in the Talmud to G-d (Sanhedrin 39b) — in the hope of finding Divine favor. As could be expected, G-d was far from pleased with such cruel and inhuman Divine “service” — one which flies in the face of virtually everything sacred. Later, G-d, through the Prophet Jeremiah, scolds Israel for themselves practicing such abominable rites “which I never commanded” (Jeremiah 19:5). The Talmud understands this phrase as a reference to Maisha, whom G-d never commanded to perform any such abomination (Ta’anis 4a).

However, II Kings states that as a result of Maisha’s sacrifice, “there was a great wrath against Israel,” and they failed to overcome Moav. How could such a twisted and evil form of Divine service win G-d’s favor?

The answer is that as wrong and corrupt as Maisha’s behavior was, all of a sudden he made Israel look very bad. Why? Because he showed more dedication to G-d than the complacent Jews of his time ever did. Are Jews ever willing to make such sacrifices to Me? In a good way? Do we lack commitment and devotion to such an extent that G-d must turn to the Gentiles to find true zealousness? I once heard a great rabbi bemoan the fact that in America today the Christian right stands more strongly for traditional values than many Jewish groups. Maisha may have been no saint — he certainly had a horrendously contorted view of Divine worship — but he showed up Israel something awful. All of a sudden, all the Divine favor granted to the Chosen Nation — to the religiously correct but listless bearers of monotheism and the Ten Commandments — seemed embarrassingly out of place.

I preface the continuation of this class with the fact that its original version was written but two weeks after the WTC attack (as well as shortly before Yom Kippur). That was the context of my words and my passion, and they should be read in that light. Yet I feel their message is timeless and equally relevant today. For better or worse, the world has yet to fully integrate these messages.

Tragically, this is the struggle Israel — and the entire civilized world — is locked in at this very moment. Muslim extremists who blow themselves up in order to kill Jews, Americans — anyone who represents what they despise (or envy, or both — most likely the latter engendering the former), are enemies of mankind and of Israel. They have twisted and corrupted themselves and their beliefs so utterly as to view the most vile and despicable acts of evil as virtuous. Decent men and women around the globe were brought to tears just viewing the amount of destruction their hatred wrought in America just two weeks ago. We cried for the simple reason that we possess souls — because, for all our faults, we are still human beings fashioned in the image of G-d. The monsters, however, who could perpetrate such evil — if they ever had souls in the first place — have so corrupted and perverted themselves as to no longer possess any trace of divinity and humanity. Their lot is no longer with mankind. And ultimately — despite their alleged beliefs to the contrary — their souls will meet nothing other than eternal damnation.

Yet G-d allows them some degree of success. How could this be? It is for the simple reason that they demonstrate something not always known to Israel and the civilized world: they are willing to sacrifice themselves for their beliefs. They show dedication to a religious cause — as wrong and twisted as that cause is — and give their very lives and beings over to it. This is dangerous. It is thoroughly evil, despicable and tragic. But it is something we lack. And it is a force so great and terrible it can ruin the world.

We have only one recourse. If we want to overpower the evil they represent, we must dedicate ourselves even more fervently to the good. We must go beyond our bounds, beyond the normal human capacity — in prayer, charity and self-sacrifice. Are other men really more devoted to evil than we are to good? It would be a tragic commentary on the human condition if the forces of evil are more devoted than those of the good. And it is a question we must ask ourselves on this Day of Judgment. Can we go beyond the ordinary shackles of human weakness for our beliefs? Do we truly believe that G-d and religion are worth dying for? This is the question we must address within ourselves this Rosh Hashanah — and the answer that holds the key to our salvation.