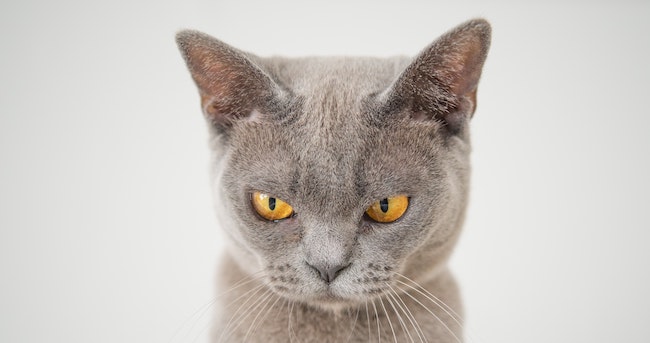 He [Yehuda ben Taima] used to say: The boldfaced are destined to Gehinnom (Hell), and the shamefaced are destined to the World to Come. May it be Your will, L-rd our G-d and G-d of our fathers, that the Temple be built speedily in our days, and You grant us our share in Your Torah.

This mishna is a continuation of the words of Yehuda ben Taima of the previous mishna and appears to continue his thought. (In many editions of Pirkei Avos, this mishna and the previous are combined.) Mishna 23 taught us that we should learn certain traits from the animal kingdom and use them in the service of our Maker. One should be bold (“ahz”) as a leopard, light as an eagle etc. to follow the will of G-d. As we explained, one cannot fully serve G-d as a matter of course — while going about life normally. We must be prepared to exceed the ordinary bounds of human limitation, applying an almost animal-like ferocity in our zeal to transcend the physical world and ascend to the spiritual. Ironically, we look towards the fierceness and intensity of the more physical realm — the animal kingdom — as our model for striving towards the spiritual.

Here, however, Yehuda warns us that bold (“ahz”) or “chutzpahdik” people are headed towards Hell; only the meek and shamefaced shall inherit the World to Come. Where then is the room for the boldness of a leopard?

Clearly, our mishna is telling us that while chutzpah may be an important tool in the service of G-d, it itself is a very dangerous quality — one we must take care never to adopt as our own. (“The bold*faced*” implies the boldness has become an internalized quality of the person: it is reflected upon his face.)

When it comes to religious matters we must be bold and uncompromising. We must be passionate in our pursuit of truth and our defense of G-d’s honor. We should feel no shame or timidity to look different, dress differently, or act differently from our neighbors. King David prided himself in standing out — oddly and quizzically — among other rulers: “And I will speak of Your testimonies before kings, and I will not be ashamed” (Psalms 119:45). While others talked court intrigue, realpolitik and military alliance, David discussed G-d and His Torah. (You can imagine what sort of moralistic pantywaist they must have taken him for — completely inaccurately.)

(Not, to be sure, that we go out of our way towards the bizarre and attempt to distance ourselves from others. Our ultimate mission is to be a light and inspiration unto the nations. But if it’s social acceptability versus G-d’s Torah, well then frankly, we really don’t give a damn what others think.)

But there’s an important distinction between willingness to stand out and personal chutzpah. There’s an important litmus test here. Is my chutzpah for G-d’s sake? Or is it simply my own personal stubbornness, arrogance or antisocial tendencies — conveniently concealed behind the lofty banner of religious zealotry? If I care more about what G-d thinks than what people think, I have the boldness of a leopard. Let’s say, however, in my righteous fervor I stoop to behavior and actions which appear far from the cause for which I am battling. Now and then we hear of celebrated cases of say, ultra-Orthodox Jews who in their righteous wrath throw stones at Sabbath desecraters, vandalize public property not conforming to their standards of modesty, or march together with Arabs in a show of opposition to the evil Zionist State.

Firstly, I shouldn’t even have to say this, but such stone-throwing “zealots” are typically troubled youths hailing from semi-functional homes — although the press is always gleefully there to report it, somehow presuming that such religious dropouts are worthy representatives of Orthodoxy to the rest of the world.

Nevertheless, such people demonstrate clearly what the “wrong” type of boldness is — a type that does apply to us all whether to greater or lesser degree. When I become so wrapped up in my cause that nothing else matters, that everything becomes justified so long as I win the war, then clearly I am battling for my own victory rather than the L-rd’s. Such people typically all but forget just what they are battling for. (And they are often found changing sides at the drop of a hat.) And, in a sad and tragic way, when their goal becomes winning — and crushing the enemy — the cause almost doesn’t matter.

We may turn to Pinchas (Phinehas), grandson of Aaron the High Priest, as the quintessential example of fierceness for G-d. As we read in Numbers 25, this righteous zealot slew perpetrators of an immoral act in cold blood. He was so caught up in his righteous indignation as to stop at nothing — not even bloodshed — killing an errant prince of the nation. We would tend to think of Pinchas as an aggressive, type-A personality. He raged over what infuriated him — which fortunately coincided perfectly with what angered the L-rd — so much so that in spite of his violent nature, G-d greeted him with a covenant of peace (ibid., v. 10-13).

Closer analysis, however, reveals a somewhat different — and much more inspiring — story. I once heard in the name of R. Mordechai Gifter zt”l the following insight. We have a tradition that Pinchas would not have merited to be a priest in his own right (see Rashi to v. 13 based on Talmud Zevachim 101b). When Aaron and his sons were anointed as priests (Leviticus 9), they themselves became sanctified along with their future descendants — but not Pinchas who had already been born. Pinchas’ life’s dream no doubt was to share in the great and awesome mantle of priesthood, but as of yet it was not meant to be. How could he rise to this lofty mission? How could he prepare himself in the hope of one day being selected himself?

If priesthood was Pinchas’ goal, there was one thing above all he could *never* do. The Talmud states, “Any priest who has killed a soul may never lift his hands [in the priestly blessings]” (Brachos 32b). A priest cannot be a man of violence — ever. His function is to unite and represent the nation. He must follow in the footsteps of Aaron, loving and pursuing peace, loving G-d’s creatures and bringing them to Torah (earlier, 1:12). Only a person who truly loves mankind can represent them before G-d and perform Temple service on their behalf. And only a true lover of peace can slaughter and carve animals as a devotion to G-d — using knives and blades to come closer to G-d rather than further.

Pinchas, as righteous and justified as he may have been, used his hands to slay and punish the wicked. Those hands could never be used to offer sacrifices to G-d or bestow blessings on the people. As the Talmud puts it, an accuser can never become a defendant.

So what was Pinchas’ tragic but zealous decision? He sacrificed his entire life’s goal for G-d. If G-d’s honor was being publicly desecrated, his own life and dreams did not matter. Nothing else mattered. Pinchas was prepared to sacrifice everything he lived for because G-d’s needs were simply more important. His zealousness was thus not the ranting of a person carried away. It was not he who was flaming — he was quelling his own flame — because all that truly mattered was G-d.

And how did G-d respond? With a covenant of peace and of priesthood. Pinchas henceforth would be a priest of G-d. Why? Because he embodied and exemplified the true quality of a priest: he cared more about others than himself. He could now act as a true and selfless emissary of the nation. His fierceness did not indicate an uncontrollable anger towards others. It indicated a caring for others — and a hope that Israel unite in service of G-d. He was thus ultimately a man of peace — a fighter for peace to be sure, but a man of peace nonetheless. And G-d, too, granted him and his descendants the opportunity to serve in the Temple, in peace and selflessness, for all future generations.

(Incidentally, the final line of the mishna — the prayer for redemption — is difficult to understand in the context of our mishna. The commentators offer a number of ingenious connections to the first part of the mishna. Most plausible, however, is the explanation of the Vilna Gaon — that the line was a concluding prayer belonging at the end of the chapter but placed here as a printer’s error!)