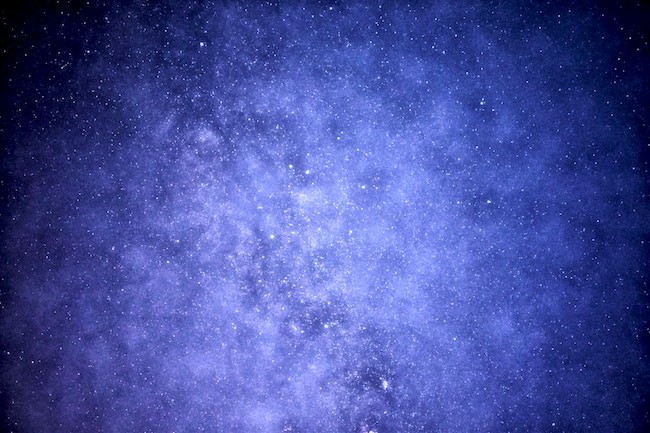 Ten miracles were performed for our fathers in the Temple: (1) A woman never miscarried because of the aroma of the sacrificial meat. (2) Sacrificial meat never became spoiled. (3) A fly was never seen in the slaughter house. (4) The High Priest never had a seminal emission on Yom Kippur. (5) Rain never extinguished the fire of the arranged wood [on the Altar]. (6) Wind never prevailed over the pillar of smoke [that rose from the Altar]. (7) The Omer offering, the Two Loaves, and the Show-bread were never found to be invalid. (8) [The supplicants at the Temple] would stand crowded together but would bow with ample space. (9) A snake or scorpion never did harm in Jerusalem. (10) A person never said to his fellow, ‘It is too crowded for me to lodge overnight in Jerusalem.’

This week’s mishna contains another set of ten — the ten miracles which occurred in the Temple. I would like to first explain a number of them in greater detail and then discuss the significance of the Temple miracles in general. (I elaborate only on those miracles which require it.)

(1) “A woman never miscarried because of the aroma of the sacrificial meat:” If a pregnant woman would have a craving for a certain food (as pregnant women are known to do) 😉 the Sages believed it to be life-threatening (at least for the fetus) to withhold from her the desired food (see Talmud Yoma 82). Sacrificial meat burning on the altar is forbidden to be eaten. Thus, if a pregnant woman would crave it, her craving could not be satisfied. (I assume other barbecued meat would not necessarily be immediately available — or perhaps wouldn’t be quite the same.) Nevertheless, this never occurred, and so a woman never miscarried on account of the Temple service.

(2) “Sacrificial meat never became spoiled:” This was true even for sacrifices whose period of consumption was two days and a night (Rabbeinu Yonah), and even for limbs on the altar which were sometimes not burned until days later (Rashi).

(7) “The Omer offering, the Two Loaves, and the Show-bread were never found to be invalid:” These were all grain offerings which if missed, could not be replaced. The Omer was a barley offering brought on the second day of Passover. It was properly prepared only the evening before. The Two Loaves were offered on Shavuos. If a problem occurred during the holiday, new loaves could not be baked (unlike an animal offering which could be replaced with a different animal). The Show-bread was a set of twelve, specially-shaped loaves arranged on the golden Table in the Temple every Sabbath. It too, if became invalid, could not be replaced.

(8,10) “[The supplicants at the Temple] would stand crowded together but would bow with ample space:” Practically every adult Jewish male was required to come to Jerusalem for the major festivals — Passover, Shavuos, and Sukkos (Tabernacles). Huge throngs crowded the Temple courtyard. Nevertheless, when they bowed in prayer, all had sufficient space. Rashi adds (from an earlier source) that this enabled them to utter their private prayers and supplications to G-d undisturbed. Similarly, in spite of the huge national pilgrimage, all were able to find lodging in the city (#10). (I can’t remember which religious shrine I was reading about in which would-be visitors literally spent days waiting in line to enter. No such miracles for them…)

The miracles of the Temple were an integral part of Jewish life in Israel. As we discussed last week, when the Jews dwelt in the desert after the Exodus, their lives were supernatural. They lived constantly with G-d — who sheltered them with Clouds of Glory, sustained them with Manna, and gave them drink from a well which followed them in the desert.

When they entered the Land of Israel, they began to live more “normal” lives — plowing, planting, harvesting, fighting wars, levying taxes, collecting the garbage, running businesses, haggling over prices, etc. In truth, Israel was and is a land like no other. It is a land in which the physical realm functions in complete consonance with the spiritual. If we serve G-d, the rain will come in its time and the Land will yield its bounty. If we rebel against G-d or serve Him with indifference, the Land itself will refuse to respond to our needs — and will eventually reject us as it “vomited out” the wicked nations which preceded us.

Even so, Israel was not a place of open miracles. G-d’s Hand was not revealed to us as it had once been. We could see Him guiding and nurturing us in our special and unique Land, but it would require some effort. We would no longer see G-d as we once had — and a person might feel G-d is just a bit further removed from his or her everyday life.

For this the Temple served as a reminder. Practically the entire Nation of Israel was commanded to appear before G-d three times a year — during the festivals of Passover, Shavuos and Sukkos. We were commanded to come to the Temple, bring special holiday offerings, and rejoice in our blessings. And it was more than rejoicing; it was an encounter with G-d. We were to see and be seen by G-d, in His revealed glory, and witness the open miracles which occurred in the days when G-d chose to dwell among man.

But it was even more than just seeing miracles and wonders. We were almost asked to propel ourselves to an unnaturally high level of closeness to G-d. Man is not able to live in the presence of a G-d who performs open miracles. It is too intense and overpowering, leaving man very little breathing space of his own. And likewise, the miraculous experiences of the Desert were not ones we were ever to return to — in this world at least.

This is further evidenced in the Torah obligation that we leave our borders unprotected while we’re away in Jerusalem. Every Jew would come; there were no soldiers stationed along the border while the rank and file were off partying in the capital. How could we get away with this? How could we leave ourselves so vulnerable? Did G-d really neglect such an obvious detail?

Yet the Torah promises: “No man will covet your land when you ascend to be seen in the Presence of the L-rd your G-d three times a year” (Exodus 34:24). Our enemies would not dare touch the property of G-d’s sacred at so special a time. Thus, these three times a year we were asked to commune with G-d in ways we would never imagine the rest of the year, witness to His miracles and sheltered by nothing other His own protective embrace. (Imagine, millions of Jews converging at the Temple with no security guards and no baggage check at the entrance. No wonder so many people were able to come on a single day.)

Thus, we would reach a “high” on our holidays, seeing visible demonstrations of a living G-d dwelling among us.

But there was an additional obligation. The Torah commands us to “go home” the morning after the holiday (Deuteronomy 16:7). Well, of course we’ll go home afterwards! Why would we have to be told?

I once heard R. Yitzchak Berkovits (Jerusalem) explain that the Torah gave us a special obligation to “go home:” to return after the holidays back to our ordinary lives and routines. And this is no small feat. We must take the lessons we have learned — of a living, all-powerful G-d — and bring them home with us. As the months of the daily routine grind on, we may well forget the G-d we saw in Jerusalem. Those Jews who were fortunate to live in the days of the Temple — and those of us who will merit to see the future Redemption as well — are thus given the occasional reminder of G-d’s Presence — and are told to take it with them and to live with that G-d the entire year.

And in a way, I feel that this is one of the most important messages of the Torah. We all have those greater-than-life experiences, those moments in which we sense G-d’s Presence in our lives. Sometimes it’s that trying moment when only Divine providence pulled us through, or sometimes we felt that little tingle of inspiration — that G-d Himself was drawing us towards Him. G-d does make appearances within our lives, but they are rare. Few among us merit G-d’s visible Presence at all times. But when we do experience it, the Torah’s obligation speaks to us: “go home.” Don’t pretend you will be at this pinnacle at all times. Go home and continue with life. But take that message and that sensation with you and make them a part of your life. We will not always sense G-d’s Presence as we do at such special moments. But we can and must remember. Hold on to that memory. For it alone can carry you through the easy and the difficult moments that life is sure to bring.