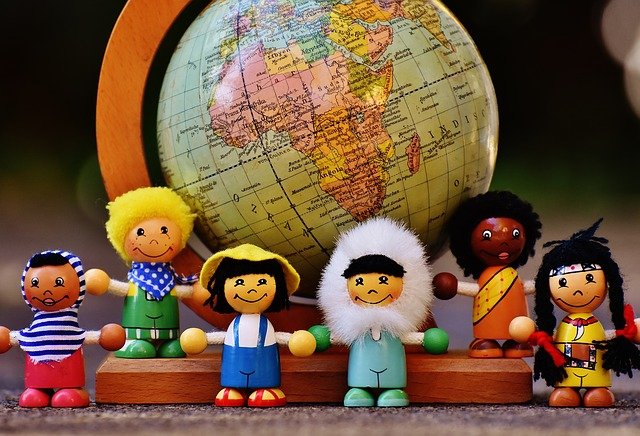 Last week we began examining the three qualities listed here. As we explained, these qualities begin the final series of our mishna. Our mishna is now dealing with the mature Torah scholar, one who has devoted the bulk of his life to study and public service, and who now stands at the pinnacle of his career. At this point he reaches a level of maturity in his studies — and as we saw last time, he also masters the quality of “asking and responding.”

As we explained, when the Torah scholar has studied for many years, his knowledge begins to coalesce, merging into a coherent whole. The scholar begins to gain a larger sense of G-d’s wisdom and His plan for humanity — a glimpse of that Big Picture. Life makes sense, the Torah makes sense, and the scholar is complacent in his place in the world. He then becomes “composed” in his studies — seeing everything in its perspective and proper context.

The younger scholar, however, is far too excited by all that he studies. He is overwhelmed by the beauty of the Torah — but he has not really made sense of it all. He leaps excitedly from from bough to bough of the Tree of Knowledge, but has yet to discover the forest. (Well, I’ve always wanted to come up with a good mixed metaphor…) 😉

Thus, as we explained, the advanced scholar has reached the level of “asking and responding.” The commentators explain that he asks and responds in manners relevant to the topic at hand. He is no longer lost in a morass of excitement and abstraction, in an attempt to understand everything at once. Instead, he sees each topic in its own right and in its proper context, and everything has its unique place within the Big Picture.

There is a deeper idea behind maturity in study. And as we will see, it provides the basis for the third quality listed, “listening and adding [to one’s own knowledge].”

People have a kind of immature temptation — personally as well as politically — to view the world as black and white. A person or a country is either all good or all evil; there are no shades of gray. Thus, for example, it is convenient to view the country against whom we are fighting as thoroughly evil. It does not consist of millions of individuals, some good, some bad, most indifferent, but instead it all blurs into is one vast, faceless entity, as thoroughly evil in manner and outlook as the military dictatorship controlling it. Thus, we have every moral right to bomb the hell out of the civilian population in order to win the war. This is of course rarely true. If anything, totalitarian regimes breed miserable and oppressed populations.

(This is perhaps closest to the truth in the Palestinian Authority, where the majority of the population actually favors suicide bombings for the express purpose of killing as many innocent Jews as possible. Yet, Israel, hardly the heavy handed, “trigger-happy” nation the media portrays it — and easily capable of unleashing far greater destruction on a contemptuous civilian population — is in reality the model of patience and restraint for all mankind to see. Conversely, any careful study of all recent major wars reveals shameful amounts of civilian bombing and meaningless, vengeful destruction — even on the part of the “good guys.” (Okay, there is the argument that it’s impossible to win a war if you worry about every member of the enemy you kill. As we all know, war is an ugly affair no matter how we take it.))

There is a similar temptation in Torah study as well — to “oversimplify” the world. To some degree, in fact, there are reasonable grounds for this. The Torah provides us with objective and rational means of viewing and understanding the world. We might say it gives us the comfort of seeing life and morality in black and white. There are exact and G-d-given definitions for good and evil. There are clearly-defined guidelines for living in this world. People who study Torah search for — and find — absolute truths and realities. As opposed to the confusing (and depressing) notion of “relativism” the modern world has embraced, there are absolute truths in the world — and standards which we must all live up to. And so, any person who fails to observe the Torah properly and to the letter, is objectively speaking, a failure.

This is a very tempting way of viewing the world. But it is an error — and a tragic one. And the younger scholar may do exactly this. It is very easy to study the Torah and see nothing but myriad upon myriad of rules, laws and principles. The Torah is absolute and dispassionate doctrine, telling us precisely how we must live as Jews. There is only one way to be a good Jew. If you measure up — if you follow the Torah to the letter — fine. If not, the Torah spares very little sympathy for you.

In addition, the younger scholar is often much more fired up in his youthful vigor and enthusiasm. He knows exactly what G-d wants of us, and of course, he’s far too unsophisticated to recognize subtleties and nuances — that not all approaches and lifestyles work equally well for all people — or that not everyone from every background is ready for the entire package. He is far less tolerant of faults, less patient of imperfections. If it’s right, you’re a sinner if you don’t embrace it — today. And besides, it’s much easier and feel-good to fault and invalidate others (making myself feel larger), rather than legitimatize them. (I’ll be the first to admit, I remember well going through this stage. I’d like to think it’s the unfortunate but difficult-to-avoid side effect of those who truly become passionate about Torah and truth.)

What the mature scholar realizes is that the Torah — and life for that matter — is hardly so simple. For one thing, within the Big Picture he sees far more than wads and wads of regulation — though Judaism certainly has no shortage of that. But even beyond this, the Torah is not as rigid as it first appears. It is not only objective rules and regulations. It is subjective knowledge as well — the understanding of humanity with all its inherent faults and weaknesses. As we’ve explained in the past, the goal of the Torah scholar is not only to memorize cold and abstract Torah knowledge. It is to apply that knowledge — to human situations and the real world. The Torah must be applied; its unbending principles must be made relevant to an imperfect world and the infinite situations man finds himself in. The Torah thus cannot be cold, rigid knowledge. It must be living and dynamic, wisdom to be applied to every single human being and made relevant to his or her life.

The mature scholar, who has not only studied Torah but has spent years in public service — advising his fellows, directing them, and listening to their problems — recognizes this need. He realizes that the Torah must apply differently to each person, that what was is fine for the Torah scholar is just not relevant to another Jew. For within the Big Picture everyone fits in just a little bit differently.

People often make the mistake of thinking traditional Judaism is against “diversity”. We seem to feel there is only one right way to act, to dress, and to be a proper Jew. This is not only patently false; it is absurd — and it misses the entire message of Judaism. The Torah recognizes that everyone is different, that we all have the need for individual expression, and that each person has to serve G-d in the manner most meaningful to him or her. Thus, there are literally thousands of different sects within traditional Judaism, each with its own unique flavor of worship and Divine service. Of course, the basic laws must all be in place — and again, there is no lack of these; the different groups agree on far, far more than they disagree — but beyond that we seek G-d in the manner which most intimately touches our own souls. No single individual or group has the monopoly on G-d and His wisdom. There are many ways of approaching G-d; Judaism allows every Jewish soul to find his or her own.

We thus at last arrive at the final quality, “listening and adding [to one’s own knowledge].” It is actually odd that such a quality should appear so close to the end of the mishna. As we pointed out, our mishna’s qualities form a progression. Now, towards the end of the mishna, we are dealing with the mature scholar and the final qualities he achieves. If so, what is “listening” doing here? Shouldn’t that be among the first qualities — the means through which the young scholar acquires wisdom? If fact, Way #2 was “attentive listening.” What then is the meaning of “listening and adding?”

The answer is that the advanced scholar still listens to others — other simple folk far less learned than he — and adds to his own knowledge as a result. This is because he realizes what we wrote above: that Torah is not just dry study and knowledge. It is as much the subjective understanding of life. It is the means that G-d’s abstract wisdom can be applied to everyday people and situations. And nobody has the monopoly on this. Any single individual, no matter how learned, sees G-d from his own perspective alone. The more people he relates to, the better understanding of G-d and the Torah he acquires. We learned earlier: “Who is wise? He who learns from all people” (4:1). The key to growth in Torah is in the realization that it is subjective as well as objective knowledge. Every Jew has his own history and experiences, his own dreams and upsets. And he sees and relates to G-d just a little bit differently. The true scholar thus recognizes that growth in Torah is an ongoing process, one which must combine book study with the understanding of man — and ultimately with the understanding of G-d.