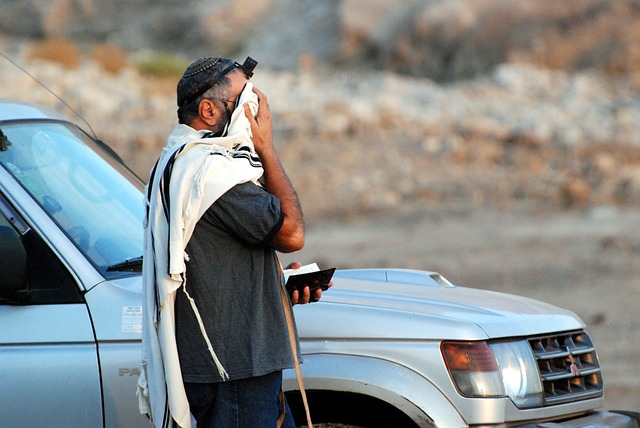 This week’s qualities relate to the goal or purpose the scholar has in mind when he studies Torah. Before we look at the goals themselves, it is clear right away that the scholar must have some goal in mind when he studies. It may be to teach others, to fulfill G-d’s word, or even just to gain an appreciation of G-d’s wisdom. But some purpose is necessary to make Torah study (or any activity) meaningful. We must always be asking ourselves why we are doing whatever we are doing. For meaningless activities spawn empty results.

Further, the importance of the goal determines the intensity of the effort. If we see the Torah as a work of Divine and eternal significance, if we study it because we see it as G-d’s word (or even if we do so to sincerely attempt to determine that), there is no limit to where Torah study may lead us. We will appreciate the Torah’s messages and live up to the greatness to which it challenges us. If, however, a person studies for no particular reason — other than perhaps detached curiosity or intellectual stimulation (or because his parents are forcing him) — his study will not be imbued with holiness. If he does not see the Torah as the wisdom of G-d challenging man to spiritual heights, his study will be devoid of purpose and sanctity. It will not be — and cannot be — any more significant than the lack of sanctity he ascribes to the Torah itself.

Thus, the Torah scholar, who appreciates the value of G-d’s word, will study with a goal in mind. Our mishna tells us two such worthy goals: in order to teach and in order to “do”. The meaning of the first is fairly clear. As we wrote recently, at the 44th Way (out of 48), we are now dealing with the advanced scholar who instructs and gives over to others. Thus, he studies with the intention of imparting what he has studied.

The second goal — to do — is less apparent. What does studying to do mean — to fulfill what one studies? That would seem a very minimal goal, something basic to any believing Jew who studies Torah. Yet our mishna lists it second, implying it is the loftier goal. It also hardly seems so advanced a goal — one of the final of the 48 Ways. If so, what does studying to do mean?

We came across these two qualities once before, in Chapter 4, Mishna 6. I’m going to quote that mishna and give a brief review of our discussion there (in the outside chance any of you forgot it). It will shed some light on the true concept of studying to “do”. We will then build on that discussion slightly, relating that mishna to the 48 Ways.

We are thus told that two primary agendas exist in studying Torah — to teach and to do. Clearly, “doing” is the ultimate goal, the one which surpasses and supersedes studying to teach. When one studies to do he will be able not only to do but to teach as well. Thus, again, studying to do is clearly far loftier than just studying to perform the commandments and even more encompassing than studying to teach. What is this goal?

We explained there that “doing” implies something much more than just physically observing the commandments, performing acts with our hands. “Doing” implies making a change in ourselves. (In Yiddish we’d say to “tu auf” — “do up” — implying accomplishing as much as doing.) We study Torah in order to integrate its teachings into our lives and become changed human beings. We study to be moved and inspired, to fathom G-d’s wisdom and grow from the knowledge and experience. Thus, Torah study causes us not only to fulfill, but to appreciate as well, and slowly, as we become instilled with G-d’s wisdom and the Torah’s teachings, we are transformed into more caring and sanctified human beings — into Torah personalities.

For this reason, Torah study and in particular Talmud study involve far more than studying topics which are relevant to practical Jewish law. We study subjects such as sacrifices, oaths, capital punishment, and all sorts of theoretical issues having little or no practical relevance. This is because we do not study simply to know how to perform. We study in order to grow — to connect ourselves with our tradition and G-d’s infinite wisdom. When we study the Talmud, we become acquainted with the words and world of the Sages, with all their passion and vitality. The Talmud is far more than a book of Jewish law. As R. Berel Wein puts it, it captures the soul of the Jewish People, with all of its wisdom, warmth and vitality. When we study the Talmud, we become a part of this world — and a part of our heritage — and our souls are irreversibly transformed.

This also explains why learning to “do” is not only greater than learning to teach but encompasses it as well. The scholar who studies to “do” — to transform himself and make the Torah a part of his life — will in a way be an even more capable teacher than the one who studies to teach. A teacher must know his material well. He must not only understand but must master. He must be able to express and elucidate Torah concepts on a level others can appreciate.

The one, however, who studies to do may not have the language and communication skills of the more seasoned teacher, but he has something more: He is what he teaches. He teaches not only what he understands but what he lives and feels as well. And the student will recognize the passion and sincerity of his words — as the Jewish expression goes, “Words which come from the heart enter the heart” — and cannot help but be moved.

This was a not-so-concise summary of our discussion on 4:6, of nearly two years ago (based in part on a thought once heard from R. Yochanan Bechhofer). I’d like to add one additional (also not-so-concise) insight, relevant to the 48 Ways.

There’s an amusing story told about R. Aryeh Leib Gunzberg, (1695-1785), known universally by the name of his classic work, the Sha’agas Aryeh. Once, before preparing a Torah lecture, his son, R. Asher, sneaked into his father’s study and hid under the table, intent on observing how his father prepared his masterful lectures. (This seems to be an old Jewish practice — for the devoted student to secretly follow and observe his rabbi — to learn from his practices in private — often to observe the greatness he would hide from public view. See Talmud Brachos 62a.) The son listened in amazement as his father not only prepared his lecture, but proceeded to anticipate the questions each student would pose. The father mulled: “Rav X will ask me this… And I’ll answer that. Rav Y will ask me this, and I’ll answer that.” Finally, the Sha’agas Aryeh turned his thoughts to his son: “Rav Asher will ask me this…” At that point, the son could restrain himself no longer and called out from under the table: “Asher is not going to ask that! He’s going to ask this! …” Oh well, he blew his cover. But that’s how some of the stories in the Talmud end as well. 🙂

The illustration is a cute one, but the lesson is significant. The Sha’agas Aryeh took such care and interest in each of his students that he intimately knew each one’s style of study and approach to the Talmud. This is because we teach not only to explain our own Torah thoughts but to allow each of our students to develop his own method of study. Every Jew must develop his or her own unique relationship with the Torah. Thus, although studying to “do” is ultimately the most effective means of imparting to others, the true Torah teacher will study to teach as well — to see to it that others view the Torah in the way that will most inspire them. He must take a personal interest in their growth and development. For teaching is not only an expression of my own inspiration; it allows all Jews who are willing to hear to sense their own inspiration as well.